Are We There Yet? One Guru Eyes 5% 30-Year Fixed In Six Months

Here are two schools of thought on both how close the housing market is to the bottom and what length of time it will take to rebuild constructive momentum upward. Let us know what you think.

Are We There Yet? One Guru Eyes 5% 30-Year Fixed In Six Months

Here are two schools of thought on both how close the housing market is to the bottom and what length of time it will take to rebuild constructive momentum upward. Let us know what you think. 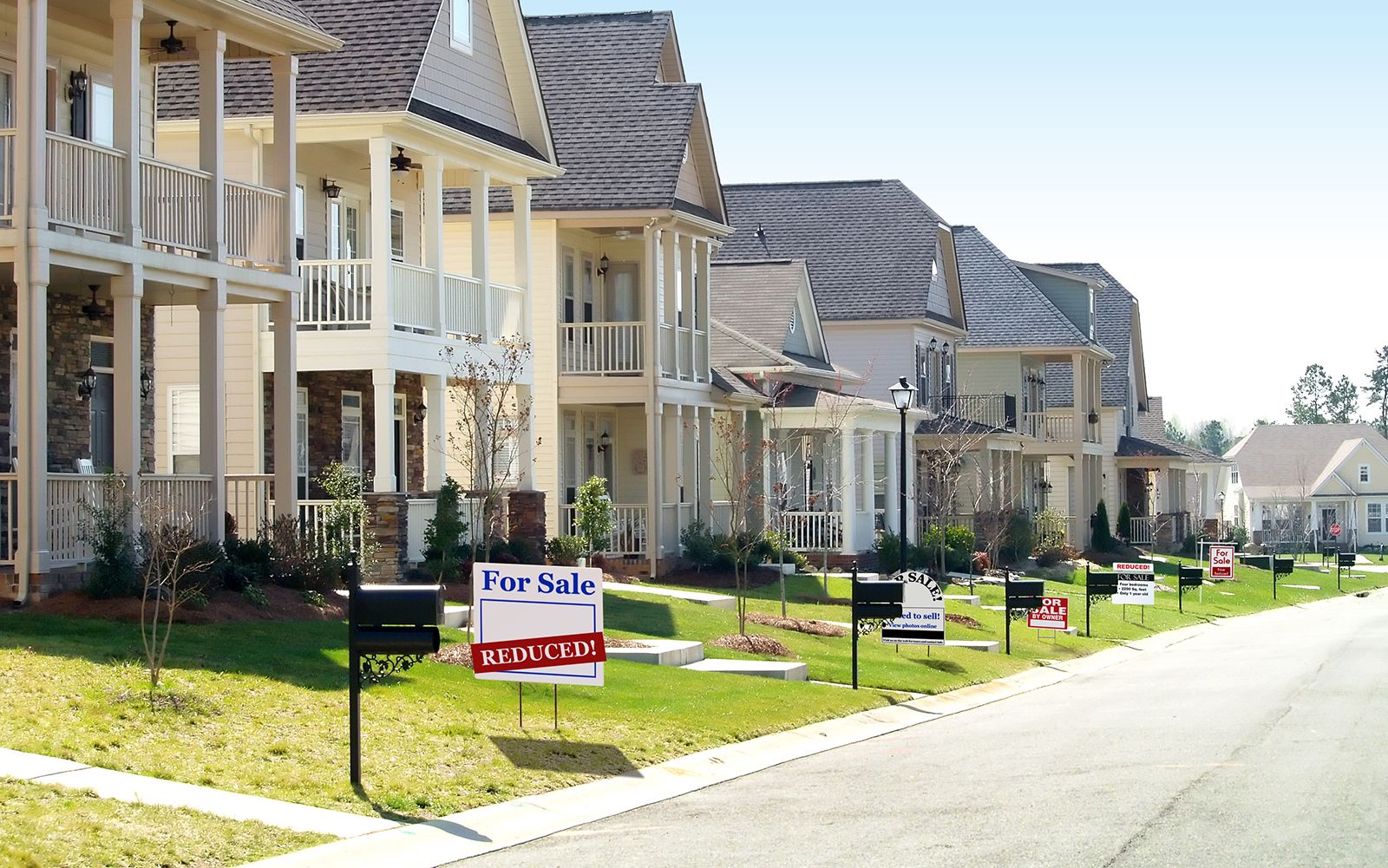 Our still-young nation's residential real estate and construction cyclical boom-and-bust business could go toe-to-toe with the Book of Proverbs – 900 or so profound sayings attributed to King Solomon, many of which you and I use commonly in our real lives – for all the often-shared nuggets of wisdom that fit its ups and downs.

[See our open-ended poll question below, asking what your favorite real estate and construction wise saying is.]

One gem surfaced this morning as we spoke to the co-owner of a homebuilding operator on pace to deliver 1,000 completed single-family houses in almost every U.S. region except the West Coast in 2022.

When things go great, we say, 'There's 100 problems we're dealing with every day out there, but one of them isn't selling,'" this executive/principal tells us. "And when things stop going great, you hear, '99 things are getting better than they were – our costs going down, cycle times, supply chain issues, etc. – but there's only one problem: Selling.' Any of us would rather have the first predicament than the second one."

He went on to describe his own cautiousness, observing that his other homebuilder colleagues are nervous, particularly as regards taking any new land onto a balance sheet at a moment big players are either walking or pushing hard to re-term or trade their land deals for better ones as a "falling-knife" mentality clutches tighter on homebuilding operator sentiment.

Homebuilding firm executives and owners, particularly, private single-local and multi-market regional operators – many of whose bank financing is backed by personal guarantees – now grapple with a calculus of margin pressure on their backlogs (now at ever-greater risk of cancellations) and the depth-and-duration guessing game of trying to figure how long they'll have to try to hold out before market forces retrace toward positive momentum again.

A September 2022 private homebuilder survey analysis from Wolfe Research senior equity analyst Truman Patterson puts a quantitative context around the stress and shock non-publicly traded operators have to endure as they drop prices, offload spec homes, and run like hell to accelerate their cycle times to turn their inventory faster.

Now, a 4.5% to 5% hit to gross margins may feel like a tolerable temporary tradeoff, and is certainly not a show-stopper for many time-tested private homebuilding firms. For builders reckoning with margin erosion of up to 10%, the pressure really starts into a more existential impact, especially with the likelihood that lenders may start with the margin calls on their debt once covenants start tripping.

Carl Reichardt, managing director of the BTIG equity research team covering homebuilding and building products manufacturers shares analysis that punctuates deteriorating conditions on the sales and traffic front this week. The topline take-away in BTIG's September builders survey is this:

Demand trends were the weakest in the 59-month history of our survey. 7% of builders reported yr/yr increases in sales orders/community while 63% saw a decline; 12% of respondents reported yr/ yr growth in community traffic but 61% saw a decline. Sales and traffic relative to expectations also continue to be poor despite builders re-adjusting business plans and lowering their own expectations. 10% of respondents saw sales as better than expected but 48% saw sales as worse than expected. Builders continue to moderate pricing activity and the use of sales incentives are increasing. 47% of builders lowered at least some of their base pricing in September, and 44% of respondents increased sales incentives on at least some homes. The bottom line: business conditions are deteriorating at an accelerating rate due in our view to higher mortgage rates, fear of falling real estate values and weaker economic conditions among consumers, a lag in some builder reactions to negative conditions, and to some extent seasonality.

So, what's only now just beginning to come clear are signs of the depth to which new residential real estate and construction business impacts are falling, although until evidence of a "bottom" solidifies and the lowest ebb buyer activity stabilizes, we're still not there.

At the same time, the feeling that things have at least begun to define the low-point of the trajectory, brings with it a sense that – if only it would come already and be done with – improvement in conditions can't be far off, especially given the structural state of "underbuild" defining a macro housing supply-demand context.

Builder executives and owners are sharing a recent series of video presentations from MBS Highway ceo Barry Habib, taking hope and encouragement from a view that suggests that a) inflation's peak is near or past, and that b) relief (i.e. an easing off from the peak in 30-year-fixed mortgage rates to somewhere South of 5%) will occur sometime during the next six months or so, and that c) consumer household demand momentum will likely reboot since jobs, wages, and household formations will continue in a dramatically undersupplied new-home market.

Here's the visual data gist of Habib's outlook, which he says, accounts for a rough patch still ahead, but reason for hope in the not-too-distant future.

Looking at upcoming months, inflation readings after September of last year are higher comparisons, ranging from 0.5% to 0.6% from October 2021 through February 2022. We know that the Fed is expected to hike an additional 125 basis points this year, which may be 75 basis points at their November 2 meeting and 50 basis points at their December 14 meeting. Again, these hikes are designed to slow the economy and curb inflation.

So, if we start to see more realistic recession-like numbers for inflation this fall, such as 0.1% or 0.2% a month from October onwards, these would replace the higher comparisons of 0.5% and 0.6% as seen in the chart. As a result, we could see the year-over-year rate of inflation decline by 2% by the time January’s reading is released in February of next year. This would bring Core CPI down from 6.3% to just over 4% year over year.

If we look ahead even further, note the higher comparisons seen in the chart for April (0.6%), May (0.6%) and June (0.7%) of 2022. By the time the reading for June 2023 is reported in July, the year-over-year rate of inflation could decline by another 1.5% to 2% as these high numbers from 2022 are replaced, depending on how high or low inflation is each month next year.

The bottom line is we could see the year over year Core CPI under 3% by the end of the second quarter of 2023. Since mortgage rates are primarily driven by inflation, lower inflation could bring an improvement in Mortgage Bonds and mortgage rates next year."

Even though we can expect significant further declines in new home sales and single-family housing starts, the good news for the homebuilders is activity usually picks up quickly following an interest rate induced slowdown (as opposed to following the housing bust when the recovery took many years)."

Now, those are readings from which homebuilder operators – particularly privately held and capitalized firms – have been drawing a sense of hopefulness from the real-world stress and the models of data that aim at understanding where it's all going.

Another informed and experienced insight believes that although Barry Habib's macro view of the economy and rates may have merit, builders – rather than start to believe that they see "light at the end of the tunnel" – had better prepare to reckon with the possibility that that light is a freight train heading their way. Our strategic source of market intelligence looks at the stretch ahead as far more sustained and disruptive.

We'll quote this executive extensively, and let our audience decide which outlook better helps to set a course through the next two to four calendar quarters of defensive strategies.

Just like builders have a tendency to not understand that a long-run undersupply does not mean there cannot be short-run oversupply at a price point, they here are misunderstanding their short-run problem vs long-term issues. Their short-run problem is not the resale market. It's potential buyers having payment shock, needing time to adjust their expectations, and the behaviour of their fellow builders. I believe it's likely if the builders were one giant cartel, stopped building specs and only started pre-sales, we'd have a rough fourth quarter and first quarter, and then go forward at some lower prices and lower volumes, but neither would be tragic.

But we don't have a cartel and Horton, Lennar, Pulte, et al will not tolerate a 50% starts reduction for nine months. They are going to keep discounting and they are going to keep starting homes. And so prices will fall, how much remains to be seen, but more than many admit. Which is not helpful to buyer psychology. Also, as builders re-tool product to take out costs, reduce spec levels, etc., all of this will help affordability but will be reported as a further drop in new home price, even if it is not apples to apples.

The optimists also are inherently betting on a very shallow and fast recession, or they think like in the pandemic, white collar workers (our buyers) will be immune. I don't think so. I think as margins fall, after initial reluctance of businesses to cut, they'll have to think about/act.  Not saying devastating, but I don't think there will be a pass on the professional class this time.

So if your view is you can wait out the next six months, I doubt it. As a private, banks won't tolerate just sitting on your hands. They want to see activity and paydowns. And it's not going to be just six months. In the grand scheme of things, I don't think this is a long one, but 18-24 months, while not terribly long, is enough to get people in a lot of trouble. Especially if they do not act."