Unpacking Cancellations As The Market Anticipates Next Fed Bump

The big cause-effect factor in homebuilders' cancellation rates trace to recent moves at the Fed. So, when, not if, the Fed continues to raise borrowing costs, expect can rates to spike more, with greater impact on businesses.

Unpacking Cancellations As The Market Anticipates Next Fed Bump

The big cause-effect factor in homebuilders' cancellation rates trace to recent moves at the Fed. So, when, not if, the Fed continues to raise borrowing costs, expect can rates to spike more, with greater impact on businesses. 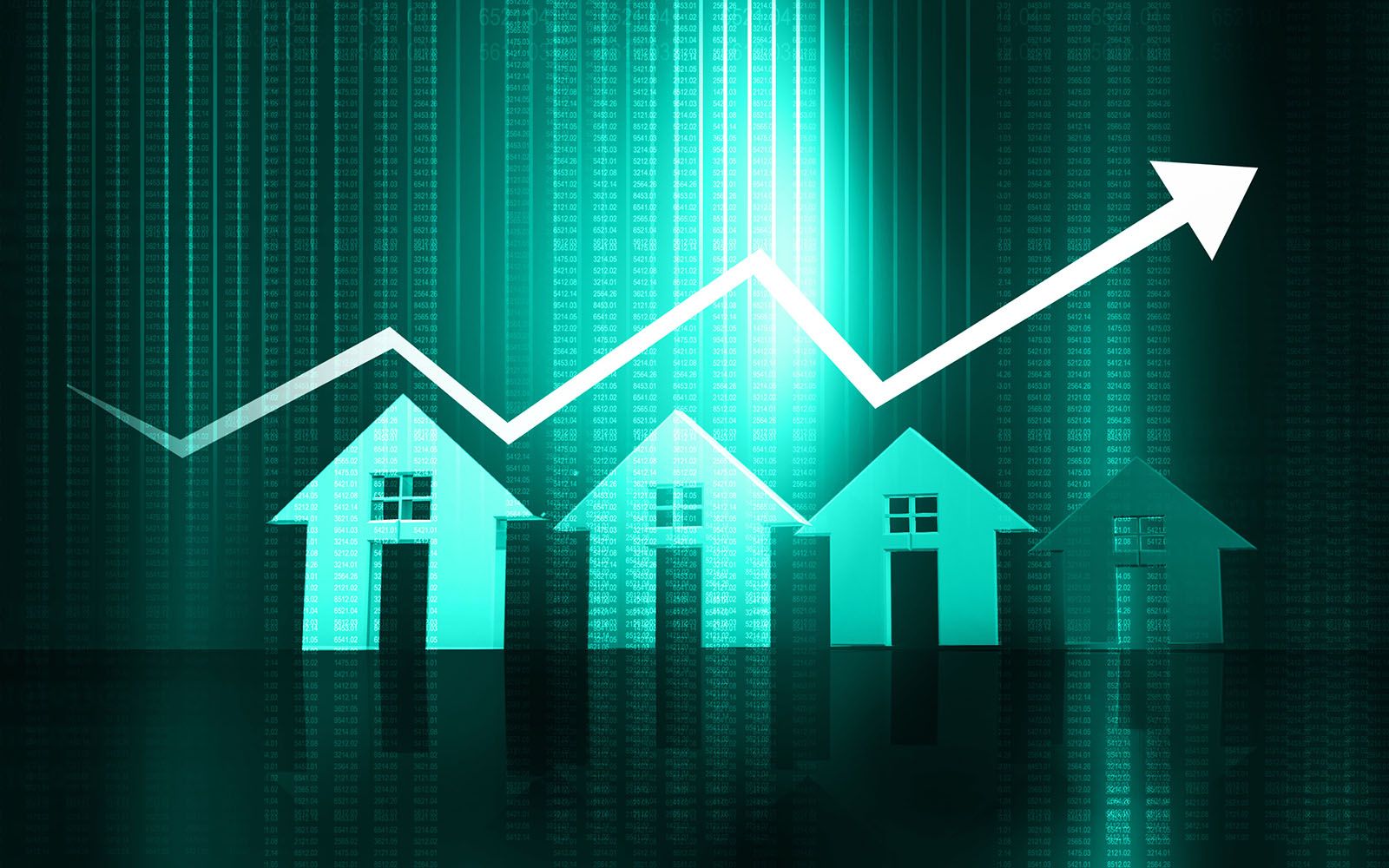 Cancellations – what they mean to builders' business outlooks, and why they matter right now -- are not created equal.

What sets one order cancellation apart from another – both in terms of timing and in the capital structure of the respective firms that have to deal with them – will account for some of the more consequential turbulence among the 5,000 or so homebuilding companies that account for nine out of 10 new homes built int he U.S.

At a moment a correction line divides what had been going on in-real-life through the first quarter of 2022, and what will be going on in the first quarter of 2023, cancellation rates – hitting each homebuilder's backlog of booked, earnest-money orders for new homes – may be each company's purest, surest business bellwether for the trajectory and intensity of work its strategist, principal, owner, or C-suite must do to realign current and future outlays with what will come in and when.

Cancellation rates attract especial focus as a crucial metric at a time selling price and absorption pace data – especially given the ongoing scarce availability of new home inventory in so many submarkets on top of more typical "seasonal" slowdown that could  – can lag as indicators of future activity.

Cancel rates help to pull the mask off the most important source of business sustenance – underlying demand and its vulnerability and/or resilience in the face of economic and financial upheaval that's hitting both present household budgets and the predictability of household wherewithal.

Barely a footnote – only mentionable in the context of good news that cancelation rates dropped dramatically starting in late 2020 – for the last two years, they cropped up as a matter of concern the moment the double-whammy of cost-inflation and higher interest rates started to lop off would-be homebuyers by the millions in late Winter.

Still, despite all the alarm bells clanging in the housing and macro-economic backdrop since then, the prevailing talk-track among homebuilding's executive-level strategists continues to anchor to two pillar convictions:

Based on publicly-shared take-aways from on-the-ground real-time flash reports at the selling-community, divisional, and regional level, business leaders have yet to budge from their position expressing full confidence that they and their teams have got the correction – whatever its severity – well-in-hand.

Still, a big spike in order cancellations -- up from well-below historical rates from back-half 2020 through the first quarter of 2022, to closer to normal in the second calendar quarter of this year – particularly over the weeks since a late-June 75-basis point increase in the Fed funds rate, reveals two important risk areas when it comes to the operational level-set homebuilding businesses must bake into their re-forecasts and potential cost actions.

The timing of those meetings, and the shivers they send through the investor and consumer household landscapes, takes a disproportionate toll on private homebuilders, whose capital tends to spring largely from bank lending at the entity and project level, and for whom a steady pace of home closings – within 30 to 90 days of plan – is practically a non-negotiable.

These high-sensitivity areas of impact to actual, perceived, and expected payment power, and their direct effect on cancellation rates, came through loud and clear in the two public homebuilding company earnings calls with investment research analysts yesterday.

Here's an excerpt of the transcript of yesterday's discussion as provided by SeekingAlpha. In prepared comments, Romanowski noted that D.R. Horton's cancellation rate jumped when the mortgage interest rates rose in late June, increasing the third quarter rate to 24%, compared with 17% the same quarter in 2021.

Here's how ceo David Auld responds to BTIG vp of research Carl Reichardt's query as to whether the cancellation rates traced to more of a the mechanics of financial qualification and payment power or were driven more by a psychological factor:

I think it’s probably a little of both. I think payment shock was part of it. Toward the end of June, middle of June, we had a 100 basis point increase in long-term rates over about a 3 or 4-day period. I think that impacted it. Most people still remember 2008, ‘09, ‘10 when worst housing market I’ve ever seen and values deteriorated, which again, not typical in our history of our country. So I will pause. I mean, I feel very good about where we are headed market wise and the response we are getting as we continue to sell houses out there. So – but you increase rates 100 basis points in 4 days, it does impact [buyer] psyche." – David Auld

When Cleveland Research equity research analysts Eric Bossard looks for perspective on how can rates have tracked since the earnings period ended, into the first weeks of July, cfo Bill Wheat replies:

In the first part of the quarter, they were in the normal range. For us, we had been for a while below normal. So it was in the normal range. And then it did definitely increased sharply in June, which then brought the overall average for the quarter up. As far as today in July, I would still say it’s elevated, has not continued on a trend much higher, but it still is at an elevated level. And so we’re monitoring that along with our gross sales activity and responses to incentives and other affordability measures we’re trying to provide for our homebuyers and we will be monitoring that very closely going forward. But like we’ve said thus far, we’re still seeing a very good level of core demand out there. We’re reselling our cancellations rather smoothly thus far. And so we’re hopeful that we will find some stability here in the demand environment in our sales and cans environment over the next few months." – Bill Wheat

Mamet, in particular took a question from Wolfe Research equity research analyst Truman Patterson that aimed at understanding the timing of cancellations to Tri Pointe's book of backlogged business.

We did see an increase in the cancellation rates as we proceeded through the quarter. And in terms of the timing of those cancellations, it was what 48% towards sales that have occurred during that quarter and 52% on sales that had been prior to the second quarter." – Linda Mamet

Again, timing of the cancellation – i.e. a "late" cancellation is more costly and exerts a greater impact on business performance than an early one – is a critical issue. Evercore equity research vp Stephen Kim comes back to the issue of timing in his question about Tri Pointe cancellations:

... How should [we] be thinking about cancellations going forward, assuming we don't see another big move up in the mortgage rate? I would think that most of those cans that occurred from recently sold homes that probably would dissipate, right, because that was due to the shock of this big move that we saw in rates in kind of June. And whether you agree with me that the can rate that you're at right now is kind of like a normal kind of condition. So I'm curious if you're, if you sort of opine on that. – Stephen Kim

"I mean certainly we did see cancellation rates increased. We were at 21% cancellation rate in June. And as you said, Steven, consumers were certainly impacted by seeing rate peak in the middle of June. But we are also now seeing some concern from consumers about the general economy. So I think going forward, we would expect to see a more normalized cancellation rate, and somewhere around 20% of gross orders. And for us, we include all types of cancellations including home site transfers within a number like that. – Linda Mamet

The big, big "if" here, of course, is the Fed and its impact on mortgage interest rates within the context of what may still be going on with consumer household inflation – i.e. payment power and psychology.

The steepness and the duration of housing's correction are unknowns. Whether 2019 performance levels – ranging from 15% to 20% lower in volume, pricing, profit margins, etc. – may represent a range of tolerance for most of homebuilding's business models and operations.

They'll have a lot of work to move sticky high expenses down even as they knock off price and take a hit to margins so that they can resume some effective control of their pace of sales and settlements.

So, looking at cancellations as a leading real-time indicator of where to start looking for levers and switches to control their own destiny is still a big part of running a business where cycle-timing is still success's No. 1 requirement.