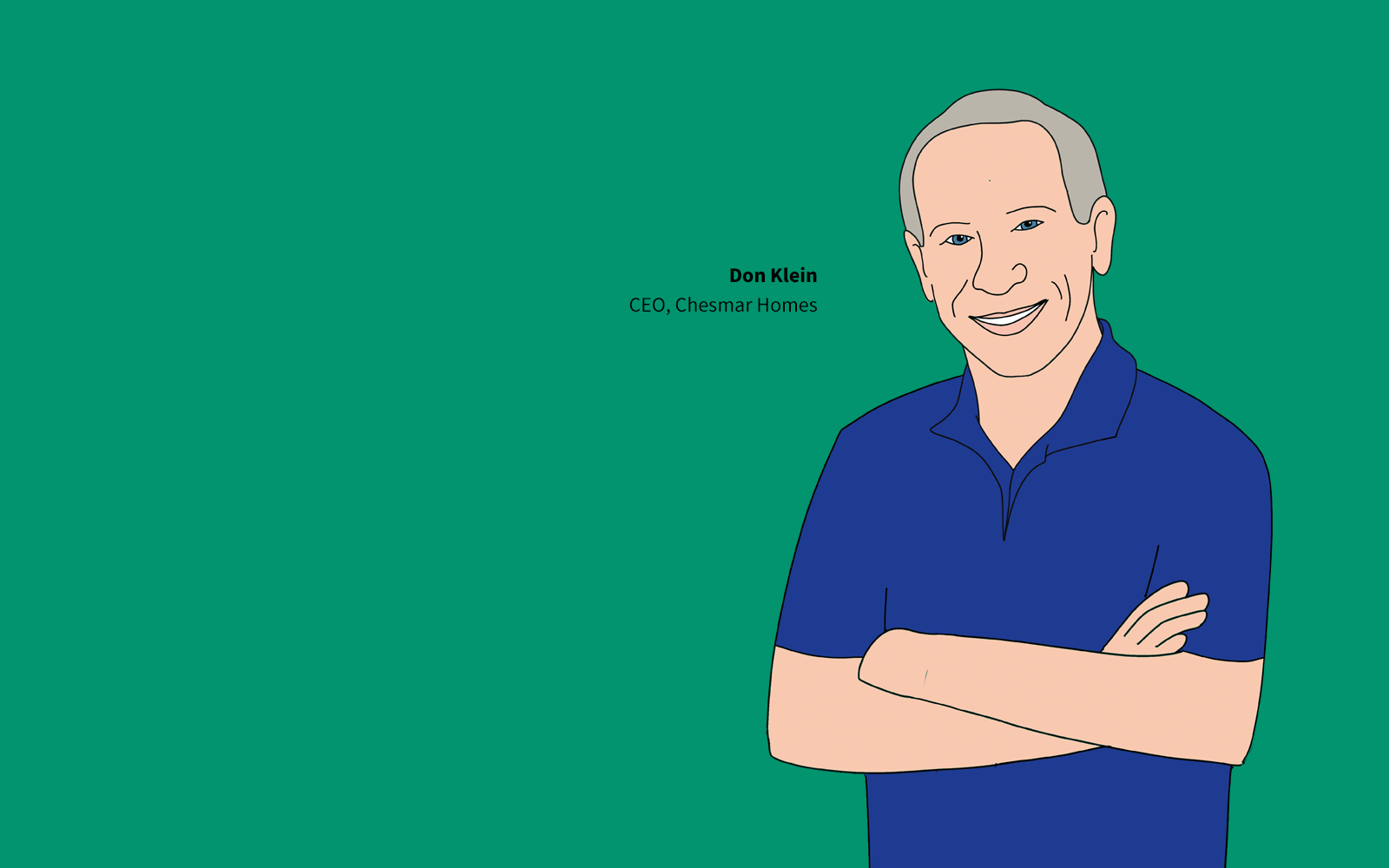 Sekisui House released news of the acquisition on its corporate investor relations site after a board of directors vote of approval, along with Q1 2022 financial reports.

The Chesmar acquisition – pegged to close in two phases, one July 1, 2022 and the second by Dec. 31, 2022 – will give Sekisui House homebuilding operations and scalability in seven high-housing-and-construction-activity states, expanding the portfolio's volume by more than 60%, and revenues by upwards of 43%, based on 2021 operating benchmarks.

Chesmar, whose 75 or so actively-selling communities ring the Austin, Dallas-Fort Worth, Houston, and San Antonio markets with energy-efficient h0mes that mostly range from $200,000s to the $500,000-plus price points, now has a deep-pocketed capital partner to help it stand head-to-head with all of the nation's largest national homebuilders with operations in Texas – competing with clout and local scale for homebuying customers, trades, timely materials supply, and land.

Blended into an operating footprint that includes Woodside Homes, acquired in 2017, and Pacific Northwest-based Holt Homes, added in December 2021, the Sekisui House homebuilding group now totals to about $2.6 billion in revenues on 2021 homebuilding volume of about 5,500 homes – totals that flirt with top 15 national homebuilder ranking.

For a big-picture strategic rationale, Sekisui House maps investment in the Chesmar brand, its operations, its energy-efficient home performance standards,  its geographical strengths, and its prominently-regarded business culture of stakeholder value creation as fully aligned with a highly-detailed road map of long-term growth.

In 2020, the Sekisui House Group celebrated its 60th anniversary and established its global vision for the next 30 years, to "make home the happiest place in the world." To realize this vision, we are promoting a wider adoption of Sekisui House technologies in our overseas business, particularly through the provision of higher added value through lifestyle proposals and home construction technologies cultivated in Japan.

Chesmar operates in Texas, the largest housing market in the United States, and has achieved high asset efficiency and steady growth as a builder (2,082 houses delivered in FY2021). In addition, Chesmar's corporate stance is to pursue and priorities the happiness of all stakeholders. Chesmar thus possesses a corporate culture that strongly accords with the Sekisui House Group's corporate stance and business strategies.

It's important here to take note of the weight acquirer Sekisui House – a publicly-traded organization in Japan and one of the world's top producers, developers, and remodelers of residential properties – places on the business cultural contribution it sees in Chesmar, founded and run by Don Klein in 2005, and a perennial "top places to work" denizen among companies recognized in its operating areas.

For employees at Chesmar Homes, there’s no micro-management, no feeling like they’re just a number and no unrealistic expectations.

Staffers and executives alike have fostered a culture of help and encouragement that CEO Don Klein said has helped The Woodlands company, which builds energy efficient homes, achieve a No. 5 ranking for small businesses on the Houston Chronicle’s annual Top Workplaces survey.

“One of our values is freedom to challenge everybody,” Klein said.

In 2012, a Smart Business Network spotlight on Chesmar and Klein noted:

Klein has led by example as company president, which to him means exuding an entrepreneurial spirit that shines brightly enough that others can feed off of it. Klein lets his team know through words and examples that it is OK to fail as long as you learn from those failures. He doesn’t dwell on failures, instead using them as teaching points on future decisions. Klein also strives to be fair and open with employees. He believes fairness and openness in all aspects of the business is the key to ensuring happy and knowledgeable employees, which translates to the manner in which the company’s employees manage relationships with customers.

What's more, while its individual portfolio players can well stand on their own as organic entities with a growth runway in front of each of them, another bigger, bolder, and more synergistic scenario can also be expected as part of the plan. As Sekisui House adds both networked operational infrastructure and the opportunity to pull greater volume production – its 10,000 home per year 2025 milestone, for example -- through that infrastructure, an advanced-manufacturing-meld of technology and innovation-enabled operators, data analysts, and marketing and sales teams becomes more than a fuzzy, theoretical scenario on American soil. Rather, the precision-manufacturing and customer-centric health, safety, well-being, and resiliency Sekisui House considers best-practice business pillars in Japan, start making more sense in the United States.

Here's the way Sekisui House describes that part of a long-haul strategic blueprint that sees the firm's future as a 2050 global housing leader.

The Sekisui House Group has set a target of supplying 10,000 homes per year in overseas markets including that in the United States in FY2025 and will expand its operating areas into Texas by making Chesmar HD a wholly owned subsidiary. In addition, by transferring Sekisui House technologies to Chesmar HD, we will endeavor to enhance value-based marketing, further bolster profitability, and improve operational efficiency as we continue providing high added value to customer and enhancing corporate value.

In stark relief with buffeting squalls sucking new-home buying, building, development, and investment into a near-term – 24- to 36-month – vortex of mortgage/price axis forces, stands a 2020s decade whose signal characteristics will be double-barrelled demographic and household growth and an increasingly-finite arms race of enterprises adding talent, real estate, and building technology capability to keep pace with that growth in a backdrop of scarce supply.

It's that context that's cranking ever-tighter a winch of capital and other resource constraints on privately-held homebuilding firms, whose fundamental prospects for growth in underbuilt markets are otherwise gangbusters.

Motivations for a private homebuilding firm to sell now are the same as they've been for a while, only an order of magnitude more intense and urgent:

On the other hand, buyers – a number of them glutted with "dry powder" cash and re-termed debt not due for seven or eight years, and anxious to produce performance results that bear a modicum of similarity to projected revenue, unit closings, and margins – are decidedly on the prowl.

The block of M&A players on the buy side – as robust as it has ever been in many mergers and acquisition experts' experience – includes strategic public builders hungry for incremental volume in select emerging pandemic-era markets – with a skew to hot secondary and tertiary markets that combine jobs growth and more attainable new-home price points.

Too, the buyer cohort includes an international contingent – Landsea from China, Empire, Mattamy, and Brookfield, and others from Canada, and at least four Japan-based companies that started buying homebuilding operators in the middle part of the last decade – Daiwa House, Misawa, Sekisui House, Sumitomo Forestry.

Less active lately, but never out of the picture, Clayton Homes may continue to add to its top 10-level portfolio of site build operators as is continues to play out its "democratization of homeownership" strategic thrust, complementing its ever-evolving manufactured home offerings.

Now that conditions have become turbulent, pivoting builders from an operating environment where the big challenge was supplying an unmet need for homes into one that has severely dampened payment power levels, we'll see a new level of urgency around some of these M&A explorations and deals.