Why Factories Produce Only 3% Of New Homes In The US

Now -- when start-to-completion cycles are stretching to 6 months and beyond -- might be an opportune time for big players to huddle and solve for the future role of factories.

Why Factories Produce Only 3% Of New Homes In The US

Now -- when start-to-completion cycles are stretching to 6 months and beyond -- might be an opportune time for big players to huddle and solve for the future role of factories. 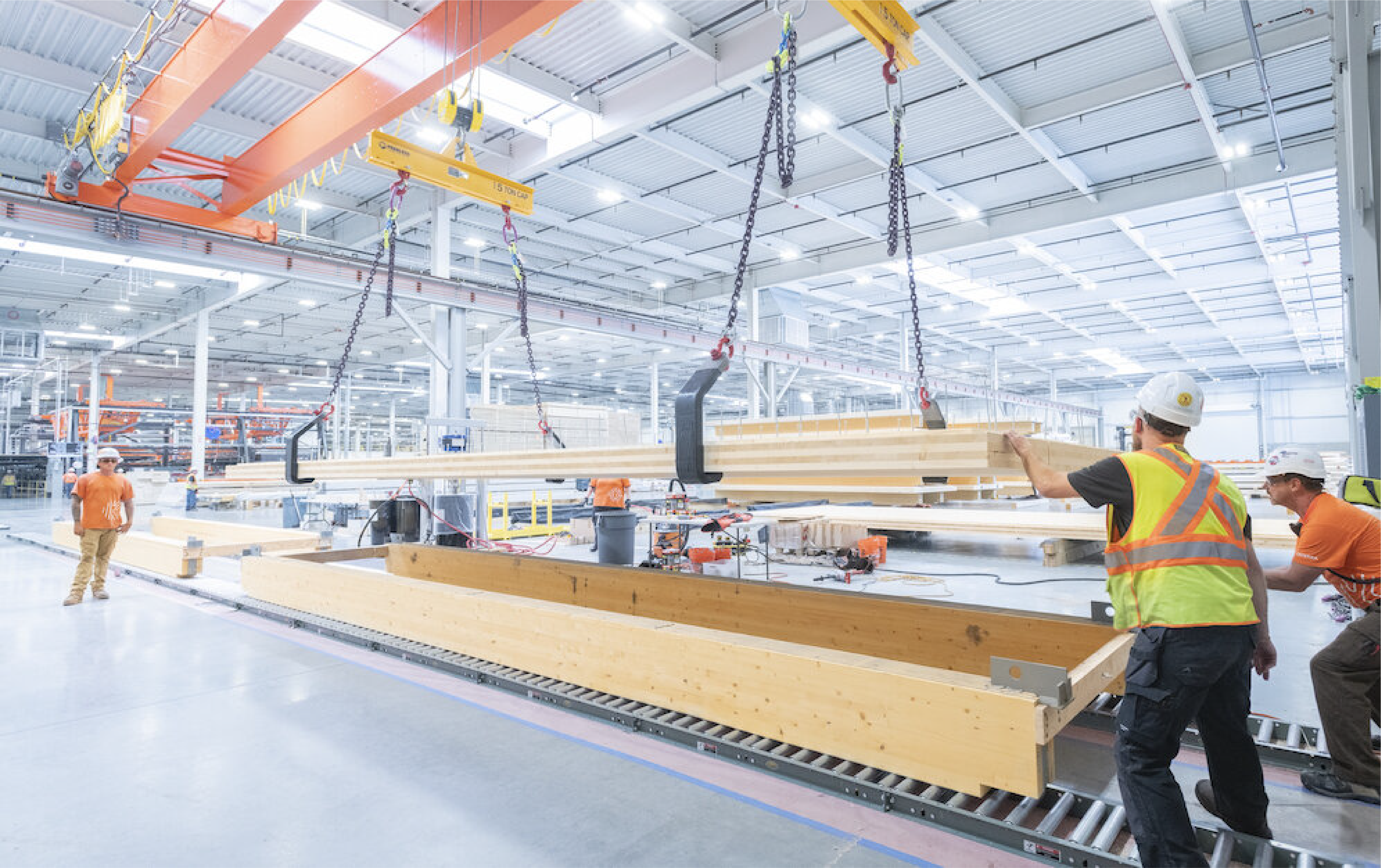 Flat affect is a condition that causes people to not express emotions in the same way other people might.

An example of flat affect near and dear to people whose livelihoods draw oxygen from making places for people to live and flourish is here, in five words.

there exists potential for expansion

Yes, this phrase is out of context. But doesn't the limp, non-committal indefiniteness of the line bug the hell out of you?

The context is National Association of Home Builders assistant vp for Forecasting and Analysis Danushka Nanayakkara-Skillington's brief Census Bureau Survey of Construction update on "Modular and Other Non-Site Built Housing In 2020."

Net net, three of every 100 new U.S. single-family homes built last year – per the Census – came to home sites pre-assembled from modular and panelized factory facilities. The number totaled 28,000 (11K modular and 17K panelized/pre-cut), a total dwarfed by early 2000s annual output of the same upwards of 80,000 homes, and in 1998, Nanayakkara-Skillington notes, a full 7% of U.S. new-home construction qualified as modular/panelized construction.

You know what else defines, contours, and maps that all-too-familiar zone, one that traps U.S. construction – choking off all the upside dynamism, all the housing-as-a-solution potential, all of the opportunity-lost of prospering and sustainable communities of the future – in a vicious, ever shrinking circle?

Yes, the fact that, in aggregate, U.S. construction's macro corporate community commits just 1% of revenues to research and development.

In general, R&D spending in construction runs well behind that of other industries: it accounts for less than 1.0 percent of revenues, versus 3.5 to 4.5 percent for the automotive and aerospace sectors.

And you know what? Automotive and aerospace – God love 'em – are less important sectors than construction nine ways to Sunday.

Let's go back to that line, "there exists potential for expansion."

Here's a sum-up on the NAHB data from Gary Fleisher, managing editor of Modular Home Coach:

While these numbers are not great by any measure, the interest in modular and panelized construction is on the rise and it appears the only thing holding the Off-Site industry, especially the modular side, is capacity and that is about to change soon with more new modular factories about to come online by 2022.

To Gary Fleisher's point, the physics constraining manufacturing and plant capacity and their output in many industry sectors besides residential construction also limit factory and facility outputs in home assemblies.

Further, as he notes – just as lumber mills have rebooted and new ones are tooling to meet demand for engineered forest products – offsite manufacturing capability has shown signs of expansion and investment. Last week, we reported on Impresa Modular's go-live moment later this year for a new Southeastern modular facility, capable of producing 12 to 15 units per day.

We’re really excited about the second location for our ICG operation... Even with this second facility, we think the amount of our business that it’s impacting is still pretty small. As we continue to scale, we get to a third plant, a fourth plant, and it’s starting to impact a bigger part of our business, I think that that insight will become more relevant and certainly more appropriate.

Qualitatively, I think the thing that I would expound and elaborate on, we’re really happy with what it’s doing for our operation. In terms of the quality of the product that’s coming out of the facilities, it is top notch. We’ve got a really talented team of designers and operators that are running that plant. The constructability of those components that are happening in the field are really exceeding our expectations, and it’s serving saving a significant cycle time on the frame shell components of the homes, depending on how many of the components are actually going in.

So, yes, "there exists potential for expansion."

Here's the Gordian Knot content within that "potential for expansion."

In fact, most homebuilding company strategists will tell you for darn tootin' that sometime in the next 10 years a tipping point to offsite will occur. At the same time, most of them are just as sure that nothing meaningful is going to occur on that front in the next 36-to-48 months. And just as many of those folks are doing nothing to prepare for such an inflection in home construction when it comes.

Instead, it seems, the tyranny of muscle-memory reflexive expectations that cyclical corrections will reset – to dirt cheap – the costs of acreage, construction laborers, pine forests, lending rates, etc., overpowers any widening conviction that the future of home construction is now.

On the flipside, that same tyranny of muscle-memory applies to the rawest of all raw materials of demand for housing, which is people with jobs, with incomes, with families, and with dreams. That single invariable – per capita need for shelter – feels like a free-pass when it comes to investing in R&D that will make customers happier, more satisfied, healthier, and more balanced in their homes.

Cognitively blocking people from resolving, determining, and doing what it will take to make themselves and their organizations more fit and healthy for the future are two honking, big impediments.

There are simply too many stakeholders, even the largest ones with the most clout only representing less than 10% share of the new-home construction market, for the strategic investment executive leadership of any single one of them to believe it alone should bear the brunt of an R&D investment that could make building better, faster, more productively, more durably, and ultimately, more "valuably" for all players.

A solution – like this albeit miniscule example of an R&D incubator platform that spooled up and now is solving for modernized and improved residential airflow systems – the Rheia duct system – may be an option to double-down on finding a collaborative "big tent" program to allow for pooled investment in building technologies that would not expose any single enterprise to undue shareholder stress.

Perhaps even under the aegis of fast-emerging environment, social, and governance commitments – as real and vested as they may need to be – homebuilders could cobble together funding and investment in the discovery laboratories and facilities necessary to shape building's future, rather than having to wait for it to happen and then react.