Here's A Look At The $338M New Home-Apollo Deal, And What It Means

TBD's exclusive analysis of a homebuilder M&A transaction that bears not just on the future of one of the industry's premium operators, but on what happens next in a business environment shrouded in uncertainty.

Here's A Look At The $338M New Home-Apollo Deal, And What It Means

TBD's exclusive analysis of a homebuilder M&A transaction that bears not just on the future of one of the industry's premium operators, but on what happens next in a business environment shrouded in uncertainty. 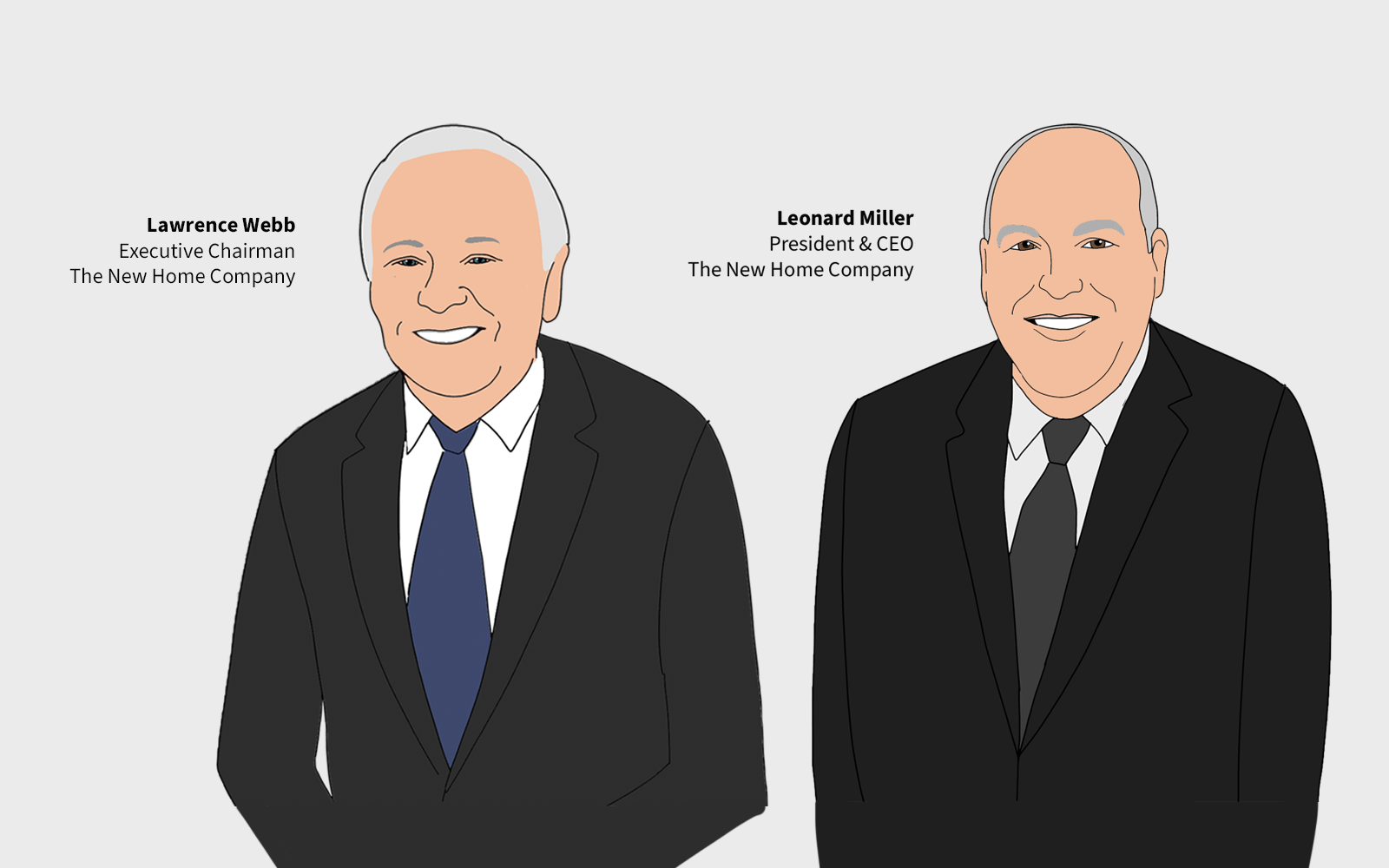 Executives of The New Home Company announced Friday they've agreed to sell the 12-year old, regional company to a financial acquirer – funds managed by affiliates of Apollo Global Management – in an all-cash transaction for $9 per share.

If things go as planned, after Apollo follows a two-step tender offer for shares of the enterprise, the deal is set to close sometime before year-end.

Then, The New Home Company, which has prided itself since going public in 2014 as having principles, values, character, behavior, and culture more like privately-run and capitalized homebuilding operators than public peers, will, once again, be a private, as it was from its 2009 start-up until its late 2013 IPO bid.

And, yet the moment it sheds its ticker symbol NWHM and its shares stop trading on the New York Stock Exchange, the irony of becoming a holding of the $461 billion Apollo global investment empire – $36.5 billion of which are in real assets like real estate – will clarify. Then, The New Home Company will be a privately held, four-market regional homebuilder that acts – in financial performance, investment strategy, and management disciplines – more like a public than most privately held peers.

The deal, for a small-cap public homebuilding enterprise whose customers, employee associates, investors, and submarket and masterplanned community partners mostly view NWHM as an exception to the rules that govern both most publics and privates, comes with an array of telltales, both within its own framework and for the wider sector of market-rate single-family real estate development and construction.

Here's a statement on the combination:

“Over the last several years, we have transformed the company into a growing and diversified builder with operations in three states,” said H. Lawrence Webb, Executive Chairman of The New Home Company Board of Directors [in a press statement]. “We have strengthened our balance sheet, streamlined our cost structure and repositioned our product offerings to cater to a deeper pool of buyers. Apollo’s ability to provide flexible capital and deep knowledge of the homebuilding industry will help us to accelerate the growth of our business. Following a thorough review of the opportunities available to the Company, The New Home Company Board of Directors unanimously determined that entering into this agreement is the best path forward to maximize value for shareholders.”

[Disclosure: Larry Webb – a longtime source and professional friend, is also a TBD Dream Team member, who serves as an occasional source of industry advice].

First, a look at the specific seller and buyer context, and then will take a look at want it means and why it matters as one of a series of M&A deals that have emerged in a time-period – 2020 through 2025 or beyond – defined not just by the Covid pandemic, but by demographic inflection across generational cohorts, household types, and by structural grinding of the wheels of livelihood, household earnings, and the future of work.

“I am extremely proud of our team and the progress we’ve made over the last few years in transforming the company into a more profitable, better positioned homebuilder,” said Leonard Miller, President & Chief Executive Officer of New Home [in a press statement]. “We are excited to enter into this new chapter together with Apollo, who shares our strategic vision for New Home as a platform for delivering quality homes and communities with award-winning design and unparalleled customer experience. By joining forces with Apollo, we will have the financial flexibility to build on our recent successes and take the company to new heights.”

The macro real estate and homebuilding and development backdrop for merger, acquisition, and "financial event" activity in 2021 to date, and the back half of 2021 into and beyond 2022 coalesces around several once-in-a-generation force factors that accompany an array of relatively normal – if unpredictable – cyclical tides.

For the reason that both potential sellers and potential buyers can be intensely motivated owing to particulars of their individual cases, a welter of deal conversations, letters of intent, and agreements is likely, all due to a single, overriding fact.

There's too little new housing; and too much demand for it. But, that supply-demand reality doesn't mean every bet on land will pay, for every bet has its own local realities and its own set of timing factors that make it a win or a lose.

For The New Home Company, the timing was right for it to pivot from being the public company that acted in most ways like a private, to being a private company whose professional financial disciplines make it feel in important ways like a public.