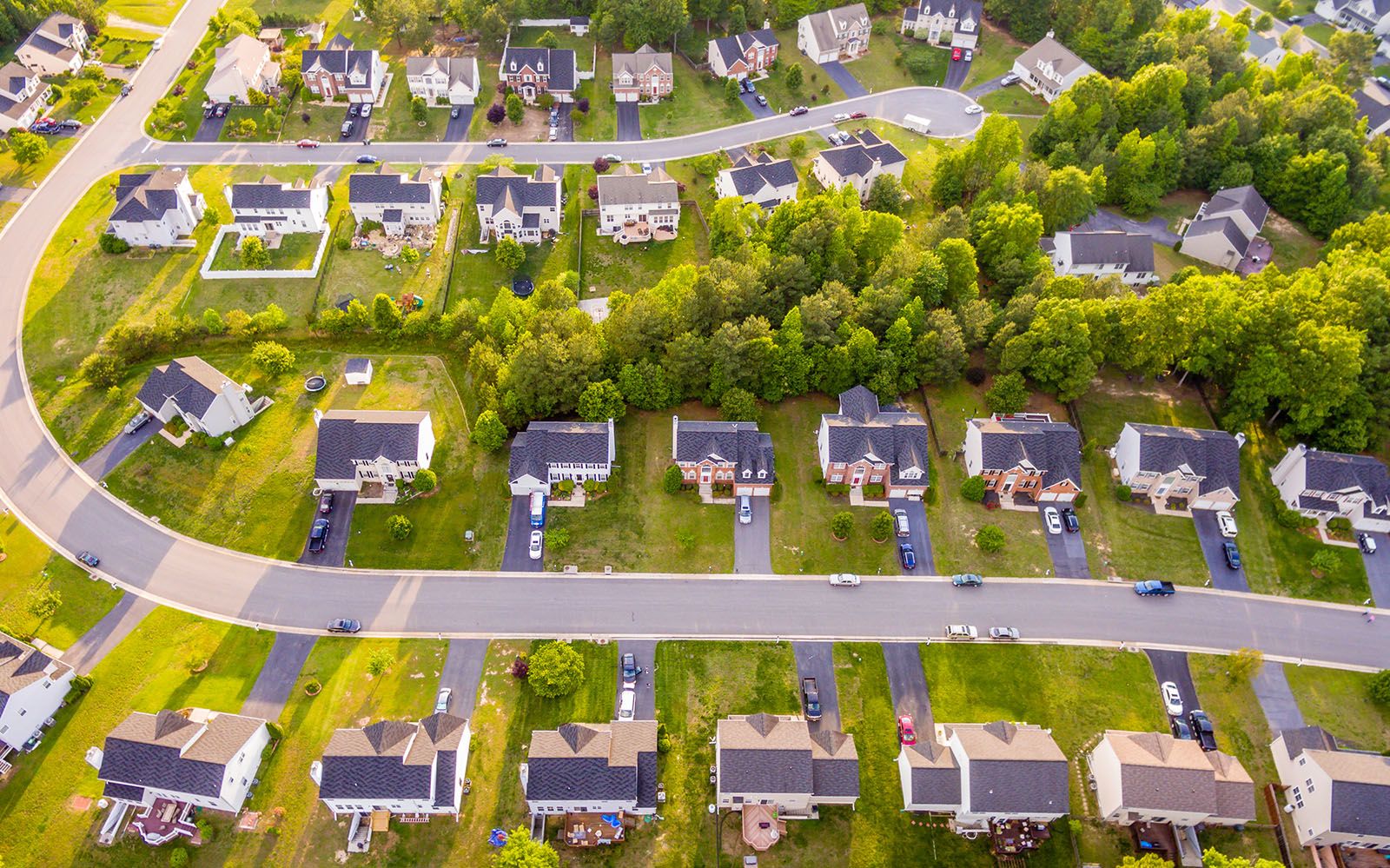 It's said the term backyard emerged in the 1650s, springing in part from an Anglo-Saxon word, geard. In that word, you can spot the connection to German, Norse, and other languages' words for garden or enclosure.

At drone level over America, backyards blur the line between places on the ground and places in our minds. For real meaning, backyards check at least three boxes. One is the "it is what it is" box, a plot of dirt next to the house, with grass or other vegetation growing there. A second box of meaning is as a metaphor that compares that enclosure to a more abstract household value for, say, sanctuary. A third box, it could be argued, is that backyards symbolize something at a more collective level, of economic, social, educational, and cultural divides.

Embrace of backyards – at the street address, metaphoric, and symbolic level – entered the 2020s as phenomenon smart money bet would be a demographically-sensitive trait. That smart money bet right. And, moreover, what the smart money could not even have guessed would happen, the pandemic health crisis and a battery of Federal-level fiscal and monetary emergency programs together ticked to the tock of Millennials' biological clock.

Millennial adults to that point hadn't unleashed the full force of economic and social impact thanks to both hangover effects of The Great Recession and delayed family-formation.

Backyards have seized the moment, re-exerting an outsized influence on housing preference in three dimensions.

The two big questions here underlie an essential challenge of understanding whether the shift – like many riddles of economic and social dynamic these days – is transitory or permanent. One has to do with the root cause of the shift; the other has to do with the sustainability of the effects.

Pew Research from data it gathered just over a month ago notes:

Americans today are more likely than they were in the fall of 2019 to express a preference for living in a community where “houses are larger and farther apart, but schools, stores and restaurants are several miles away,” according to a Pew Research Center survey conducted July 8-18, 2021.

There has been a corresponding drop in the share saying they would prefer to live somewhere with smaller houses that are “closer to each other, but schools, stores and restaurants are within walking distance.”

Untethering technology that allows that allows people to produce value for companies from remote locations together with new variant surges that have stalled back-to-office and back-to-school plans feed into the tailwinds of demand for backyards and what they stand for.

A Wall Street Journal analysis by Cameron McWhirter and Paul Overberg notes that a trend that had established a footing prior to COVID-19, has gone on steroids.

An analysis of building-permit data by the National Association of Home Builders found that for the year ended in March, exurban counties outside large metro areas saw construction of single-family homes rise 20% from the year-earlier period. That was more than twice the rate for core counties in those metro areas.

Commentary on the data zeroes in on age and education as opportunity areas for insight among residential real estate property investors, developers, and builders.

While majorities of those in all age groups express a preference for communities that are more widely spaced, those between the ages of 30 and 64 (64%) are more likely than either those under 30 (55%) or those ages 65 and older (55%) to say this.

The takeaway here might be that community planning that aims at prospects who're in the higher educational attainment group might do better with denser, more walkable communities.

An underappreciated context in the Pew analysis however is simpler than a pandemic-era framing reveals. The big shift – embracing backyards – was a matter of when, not if. The pandemic's real-world impact of forcing people to spend more time inside their four walls, and the economic turbo-charging of Wall Street, consumer coffers blended as ignition and accelerant.

Through a lens of lifestage-career stage adult household development, the 25-to-40 year old adult cohort, is carrying on a destined, economic and cultural shape-shifting – ironically, back to the garden – not seen since the 1970s and 1980s in America.

The issue is, in 1971, when the oldest of the hurry-up and have-it-all Baby Boom generation was 25, there were about 64.8 million U.S. households. Today, as the youngest of the slow-to-launch Millennials turns 25, there are double the number of households.

Backyards, what they are, what they do, and what they stand for, exert magical powers. Builders, developers, and investors have begun to recognize and realize new areas of opportunity, risk, and accountability in the business of trading on what those magical powers confer, at the household level, and in a more collective symbolic sense.