Money, time, and [political and social] will are the only things standing between 3.8 million 'underbuilt' homes and a better supply-demand balance. That's all.

Money, time, and [political and social] will are the only things standing between 3.8 million 'underbuilt' homes and a better supply-demand balance. That's all. 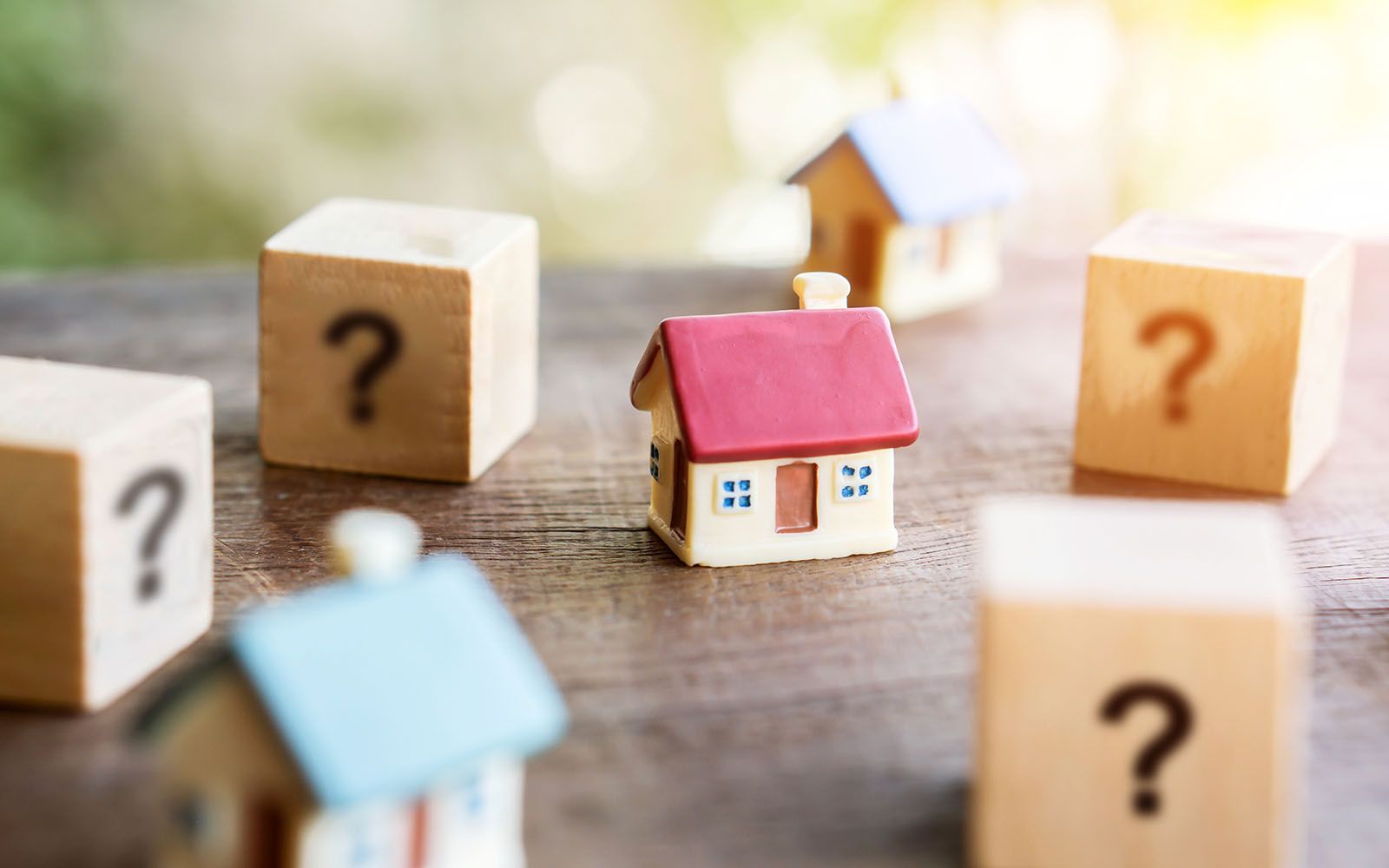 The housing crisis is metastasizing.

Who will act? When? And to what level of effect for an issue whose trajectory is steepening but whose impact – where it is felt most brutally – may be un- or under-recognized?

The problem's no secret. It's evident on Main Street, and Capitol Hill, and Wall Street, and town halls everywhere. It's blaring today's headlines. Will those headlines, and that rhetoric move markets, and municipalities, and voters, and landowners to alter the path of what's not just a U.S., but a global crisis?

It is accelerating. More of America's 333 million people feel its harm. And, because of its contagion, more of American dynamism in the future is at intensifying risk.

“It’s like the cancer was limited to certain parts of our economic body,” said Sam Khater, the chief economist at Freddie Mac. “And now it’s spreading.” – New York Times

Guess what? What what you thought was a coastal America matter is rapidly becoming a crippling economic issue in your own flyover country backyard."

New York Times writers Emily Badger and Eve Washington sum up the major take-aways of the Up For Growth manifesto this way:

What once seemed a blue-state coastal problem has increasingly become a national one, with consequences for the quality of life of American families, the health of the national economy and the politics of housing construction.

A Bloomberg analysis by finance and housing reporter Noah Buhayar amps up the soaring stakes of the housing deficit phenomenon, now colliding head-on with macro-economic shocks and stresses that can lock already-urgent challenges into self-fulfilling vicious circles unless immediate remedies emerge.

The nation’s housing shortage has taken on added urgency this year as soaring rents contribute to the fastest inflation in decades. The Biden administration in May unveiled a plan to address those rising costs with a raft of measures aimed at clearing away barriers to supply and getting more building going.

Here's the fulcrum of the study, whose calls to action rely entirely on stakeholders coming to agreement on a shared-ground of data and what it means to investors, devel0pers, builders, policy-makers, local officials, households, etc.

As people migrate in search of jobs, education, and economic opportunities, the demand for housing in our most economically productive regions far exceeds the production of new homes. With 3.8 million homes short of meeting housing needs, double the number from 2012, the nation is in an extreme state of Housing Underproduction™."

The macro 3.8 million "underbuilt" is a headline number Freddie Mac developed in its research methodological nerve-centers, and what Up For Growth does is tease that macro data into streams of timing, trajectory, and more-granular locational detail to create a big heatmap, starting with baselines in 2012 and running through 2019, the eve of convulsions brought on with the onset of COVID-19.

Now, all the intricacies, countervailing forces, inefficiencies, nuances, local and environmental exceptions aside, this deficit of homes and its array of solutions tap into identical root systems of money, time, and political and social will.

If that money, time, and political will don't solve for homes that haven't been and continue not to be produced

The shortage, and what it means to the individuals and families and neighborhoods and localities the shortage impacts to the greatest and most painful and most paralyzing degree, leave market-rate housing sector business leaders two choices that are more accurately a Hobson's Choice – not lesser-of-evils, but rather take-it-or-leave-it.

"Take it" means public, private, non-profit, and community sector embrace issues like who-will-pay? and who-will-have-to-give-up-what? to consider the deficit – whether it's 3.8 million or some other figure – a practical imperative to address.

Tell me there aren't people, and technologies, and market-models, community programs, and local policy channels that could reckon with, deal with, and solve for this issue if the will were there.

The question is about that will. "Leave it" means just that. It means – just as societies have been doing for generations, even centuries – continuing to talk about a housing crisis only insofar as its effects can work in our own business interests, and only insofar as its deepest, hardest, most painful impacts involve others, "they" and "them."

Challenges that people look at through the lens of "we" and "us" are ones that often yield to cultural, and technological, and financial, and political, and operational human endeavors. They're solvable partly because when it's a "we" challenge, we'll go relentlessly to any length for solutions.

One hundred and thirty some years ago, a Dane and a Norwegian who wrote in Danish – Jacob Riis, who made his way to New York in 1870 with $40 in his pocket, and Henrik Ibsen, the son of wealthy merchants, who had a way with dialogue – left us with two indelible ideas that tie to this "take-it-or-leave-it" moment for housing and one of its core economic and business challenges – this housing crisis.

Ibsen, it seems, gets credit for a phrase we hear often in slightly altered form.

"A thousand words leave not the same deep impression as does a single deed."

If an individual's action, or "single picture is worth a thousand words," there's hardly better proof of the truth of that expression in the work of Jacob Riis, who wound up as a police and crime reporter for the New York Tribune, where his beat was NYC's hard-core Five Points neighborhood, and he came face to face with what was then an intolerable housing crisis.

People who lived, squeezed into dark, cholera-ridden, rat-infested squalor in those early New York City slums and tenements became an obsession for Riis, so much so that he began giving a Sunday school and church lecture entitled, 'The Other Half: How It Lives and Dies in New York.'

Words failed Jacob Riis when he tried to tell wealthier, healthier New Yorkers of the misery others were stuck in. The words alone could not add up and move people to care, to do something, to deal with that housing crisis.

It was only after Riis himself fashioned a primitive version of "flash photography" that he could capture – in those windowless, fetid, unlit tenements – images of people who lived in them, to help tell the story in a way that ignited a reaction, an outrage, a will to change.

The rest is history for Jacob Riis as one of housing's first social and building code reform advocates, for his pictures – each worth a thousand words – moved others into action.

Up For Growth, in its first salvo of data, analytics, economic scenarios, mapping, and a matrix of early-edition ideas and initiatives that could one day solidify into solutions that could iterate from place to place, now has its own "picture's worth a thousand words moment." The storyline is clear.

Who'll be moved to act?

Land entitlement -- and residual property values -- hold crucial keys to solving for the 'most important question facing the housing field.'


Steps Toward Reform: Get Past The NIMBY Versus YIMBY War

Housing affordability – when it comes to working households' access to homes near where they work – comes down to the ground, its entitlement, and the first costs and carrying expense of getting title to the dirt.

The 2022 midterm elections will likely meaningfully impact lives, livelihoods, assets, entities, and going-concerns orbiting the sphere of homes, neighborhoods, shelter, and what it will take to make more of them all.

Land entitlement -- and residual property values -- hold crucial keys to solving for the 'most important question facing the housing field.'


Steps Toward Reform: Get Past The NIMBY Versus YIMBY War

Housing affordability – when it comes to working households' access to homes near where they work – comes down to the ground, its entitlement, and the first costs and carrying expense of getting title to the dirt.

The 2022 midterm elections will likely meaningfully impact lives, livelihoods, assets, entities, and going-concerns orbiting the sphere of homes, neighborhoods, shelter, and what it will take to make more of them all.