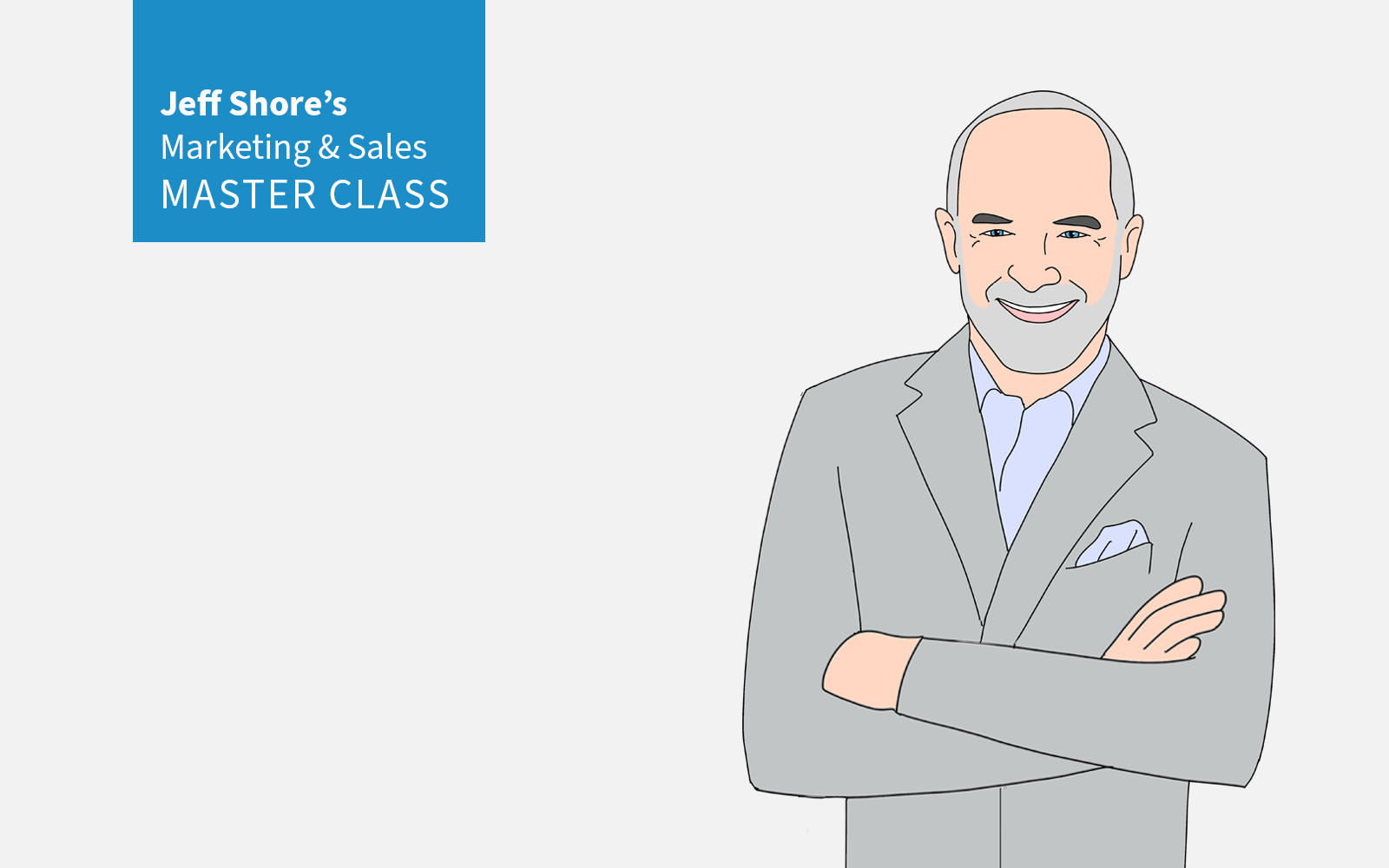 The question would be idiotic. To ask a business community that's proven for more than 12 years that it's been able to sell more homes than they could produce "Do you focus enough on sales?" and "Can you actually, really sell?" would grossly distort what homebuilders and their partners are capable of, what they're made of, and their ability to rise to new challenges.

So, we won't ask that question that way. We'll only say this.

Homebuilders' financials are said to be in better shape to weather the stresses and shocks going on now than they were in the mid-'aughts. Less debt. Better cash-flow and margins. Stronger operational management. Lighter land.

Builders in these headwinds are more likely to operate from a position of strategic and financial strength, a structurally different position this time vs. 2006. Optionality is a good thing: Hope by itself is a poor substitute for a resilience strategy when conditions are running headlong into the red on a macro level.

So, it's no idle fantasy to both imagine and respectfully egg-on a problem-solving approach to builders' big predicament of the moment: To stanch losses to order backlogs, re-calibrate pace and price in each actively-selling community, and 180-degree pivot from cadencing orders and making lists to kindling a revenue-generating funnel for a wholly-changed environment that has done a number on homebuyers' trust, confidence, and pocketbooks. In other words, while outsiders fret, trade on fear, and panic about what's going on on Wall Street and the broader economy, homebuilders don't need to hesitate before they start into the work of reigniting the next economic rebound of the mid-2020s.

It's that simple and it's that hard.

The real and now urgent strategic matter to solve for people who build homes and make new neighborhoods pre-dates the sharp parabolic surge in new-home demand that cut almost free of gravity starting in the Summer of 2020.

The issue has been there all along. But perhaps attention to it fell off as a focus-point as, like, um, getting a new house built amid crashing supply chains and Covid-diminished workforces, and snail's-pace inspections and approvals pushed start-to-completion cycles out 30-, 60-, or even 90-days became the priority. Perhaps having too few products for too many customers hid it from view, and delayed the kind of commitment and investment it will take to resolve.

The issue is this.

New homes – despite their value, despite demographically well-timed development, despite their locational appeal, despite trends that have people spending more time at home than ever, despite they're being safer and healthier places – don't sell themselves.

True. It may have felt like the only thing necessary for the past couple of years was to get out of your own way. Remove friction. Do what you could to encourage patience while people on that long, long, long line waited for their turn to come up for the privilege of becoming a happy new-home customer. It was a myth to believe the order-taking, price-hike metering, touchless click-to-buy-powered even-flow route to record profitability was sustainable. But new homes, with average selling prices well north of the mid $500s, and median ASPs in the $450s, and mortgage rates now upwards of 6%, do not, and can not sell themselves.

A few reasons why, not just now when household cost-of-living challenges are raging, when mortgage rate increases are crushing households' payment power, and as darker notes crop up in the jobs, income, and broader economic backdrop.

These raw-material contextual realities make one thing clear – and it's something that homebuilder organizations might well regard as their biggest early 2020s business cultural challenge to solve now while things are tough, and the going is rough. Thing is, this locus of weakness is a fulcrum of opportunity, and it doesn't require things to "get worse before they get better" to access it.

So, let's do this thing. We're partnering with one of new-home construction's most respected sales leadership and management training authorities, Jeff Shore and his team at Shore Consulting, to blitz our channel with all the tactical, practical quick-learning curve insight we can over the next few months.

Here's a teaser installment of Jeff's master class aimed at focusing leadership and management on the deftest pivot possible toward better practices on a sales front whose challenges are not just hits to households' payment power, but the jumpstart of more than 5,000 planned "coming soon" newly activated neighborhoods where builders are "selling dirt" for the first time in years.

I'm seeing sales leaders who are doing their very best to protect the bottom line, but not doing very much to enhance the top line," says Jeff Shore in our Master Class' introductory episode. "We simply haven't had the need to focus intensely on revenue growth."

This is not a wake-up call. This is something leaders already knew, but deferred attention to while other problems loomed larger. They knew the tech upgrades that made buying friendlier and faster and more fun and more 21st Century were only part the way to a solution.

But perhaps they imagined they'd get a free-pass on solving for the other part of the solution – the important people skills investment part – as the issues around supply chains, and lumber costs, and local land-use battles, and skilled labor access, and all those other supply constraints ran top of mind. Further, for every way those challenges added to their costs of doing business they were able to pass that along every time to willing and satisfied buyers at a mark-up to the direct costs.

The eve of Covid and post-pandemic economic and operating environment through the end of 2021 and the start of the war in Ukraine in February of 2022, let's say, didn't incentivize solving for the matter that new homes do not sell themselves.

Rocket-fueled inflation and a now heavier hand of Federal policy aimed at tamping inflation back to 2% per year acceptable levels come as a jolt that will no doubt reveal the fuller meaning of that simple, profound, opportunistic truth, particularly in this experiential economy.

We strive – consciously or not – to be our inner-best and smartest customer, and when it comes to that consumer durable that we pay more for than any other asset in our lifetimes, it's doubly-so.

Come what may, most homebuilders doing business today can find customers to keep them in business and keep some of them prospering, and even eventually refuel a broader economic recovery.

Here's one anecdotal note of evidence, albeit from another lifetime ago of soaring inflation, a weakened economy, and an enormous, freshly-minted cohort of adult households forming their families:

1989 would have made me 34. Married, with a five-year-old, a spouse in full-time graduate studies, and a journalist's salary, it felt like the right thing to do, to pay $170,000 for a two-bedroom bungalow, with 20% down cobbled from every penny of savings and a small family loan, with a mortgage that clocked in at over 11% with a couple of points to boot. Monthly payments: $1750, give or take.

That was 1989. $1750 was different then; and it represented for my family, far too big a share of our combined monthly income at the time. However, owning a home meant that much, and, as it turns out, it was one of the smartest, most enduring investments we could have made.

There are millions nationally – hundreds and thousands in most of housing's most-active new construction submarkets – out there now. They want to experience being their best selves in one of the more important customer decisions they'll ever make. The good news is, the new home doesn't sell itself. Which means you – your professionalism, your care, your practice, your constancy, your technical knowledge – matter.

That's an opportunity out there waiting to be fully-tapped. So, start now with the investment, commitment, and focus to make the pivot from passive to strategically active and activated top-line revenue generation by planning to attend Jeff's summit in Austin, July 20-21. We will see you there!

Greater risk to order backlogs and interest risks may come to light as consumer household incomes fail to keep pace with mortgage and price increase impacts.

Greater risk to order backlogs and interest risks may come to light as consumer household incomes fail to keep pace with mortgage and price increase impacts.