Gravity Kicks-In, Spreading Fast, With No Choice But To Buckle Up

Gravity Kicks-In, Spreading Fast, With No Choice But To Buckle Up 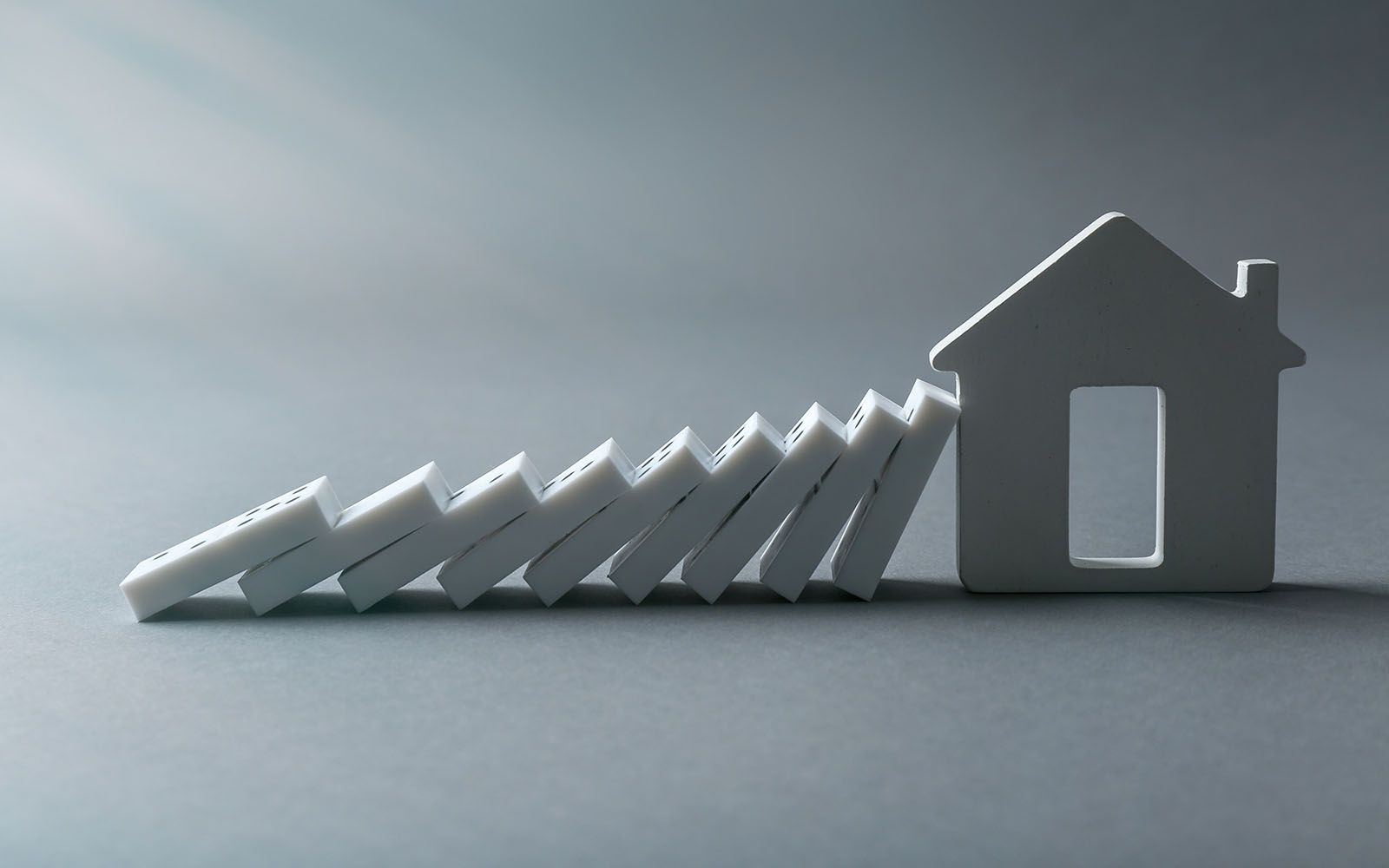 Frame out a time period forward from the present moment to any date up to and including say late 2024.

Now, divide that 30-or-so-month time period into three parts, giving each in sequence a title, "early innings," "middle innings," and, you know the rest.

Ivy Zelman, ceo of Zelman & Associates, describes the present moment as the "early innings" of a housing downturn.

Residential real estate, homebuilding, and aligned manufacturer and construction companies – and their countless intersecting partner, lender, and investor firms – that flourish during that time period and beyond it will be exceptions, not the rule.

What's most likely is a negative feedback loop macro series ahead, where a negative trend reinforces a correlated negative reaction, which in turn almost assures a negative step down in the initial measure, and so on. So wise housing analysts believe we're looking at sharp drops in housing starts and permits, ultimately doing damage to the broader economy's ability to withstand a contraction.

Here, NAHB ceo Jerry Howard paints a dark picture of what's going on and what's to come for the homebuilding business community. Nevermind a downturn, says Howard, where this is headed is a "housing recession."

Deep uncertainty ignited in late February with Russia's Ukraine invasion has jumped the canyon – from far away in a distant horizon to right up smack in front of us – as to how raging inflation and the cost of borrowing will ultimately impact consumer households and large and small businesses.

As Zelman and her team tend to look at real supply and real "primary" householder demand, when you peel off temporary inputs and conditions that can add fuel to a hyperactive transactional marketplace – pandemic-related reactions, capital yield-thirst imbalances, supply-chain chokeholds, media headlines, technological advances in purchase platforms, etc. – the lens into demand can get distorted, miscalculated, or taken, mistakenly, as fundamental.

A big error many housing economists make with respect to Millennial generation economic impact is comparing the numbers to the Baby Boom coming-to-adulthood period in the 1970's and '80s. While the absolute numbers may be similar, the big economic difference is the order of magnitude change between the cohort and its predecessor generation – a much bigger leap from Eisenhower Generation to Baby Boom, than from Generation X to the Millennials.

Models break when a behavior pattern – particularly one that is a growth pattern in an Excel spreadsheet – gets modeled as a ratio formula into an algorithm, which then gets backed by a series of explanations that support the math.

Through that lens of structural demand, the Zelman team sees a Millennial cohort of adults in particular as having been double-counted in some respects and over-extrapolated in terms of the generation's new-business impact on residential real estate and construction.

The other barbell in the market-rate housing juggernaut has been scarcity, but Zelman's team would also look at transitory constraints to supply – such as pandemic related eviction moratoria which haven't absorbed all the way through the system and would normally have loosened up inventory in the past two years, but didn't; not to mention historically high under-construction inventory that has not begun to work through the supply-demand channel.

Bottom line is this.

If prices, absorption rates, steady cancellation rates, waiting lists, etc., have been holding up relatively strong in your markets or submarket so far, even after interest rates have shot up and markets have slowed elsewhere, it's way too soon to conclude things are going to stay that way.

They're going to have to drop prices," says Ivy Zelman, who expects low- to mid-single-digit national home price declines in both new and existing home prices. "We're feeling right now that we might even be being conservative."

Okay, so you've got that time-period framed out in your mind. Depending on your capital and lending sources – which you've taken pains over the past couple of years to de-risk to the degree one might foresee exposures and threats – that one-to-three year period stands to be a rough ride.

So, beyond the tactical re-pricing, incentives, and promotional moves you make so that you can monetize your valued land pipelines, come a series of painful decisions that go with the turf of navigating a business through bumps, shocks, and bruises.

Everybody knows what these operational necessities are and how they work.

The goal is to secure the future of the company strategically, so that the team can move at a steady-state forward rather than fighting a downward spiral.

And the core of any success at securing that future are two constants, and they both demand alpha value creation as motivators. No longer caught up in an updraft of beta "everyb0dy-wins" success, they're looking to leaders to stand for primary demand-based value generation. So, even as the headwinds kick-up and the negativity spreads, your constancy, presence, and committed focus will increase the odds your organization may come out of the downcycle as an exception rather than the rule. They need you; you need them.

So as you mentally frame-out that period of time you're convinced will reflect the duration of the new down cycle housing has moved into, give equal if not greater mindshare to the framing of exactly how you'll create alpha value for your customers and your team members.

Before it's too late.