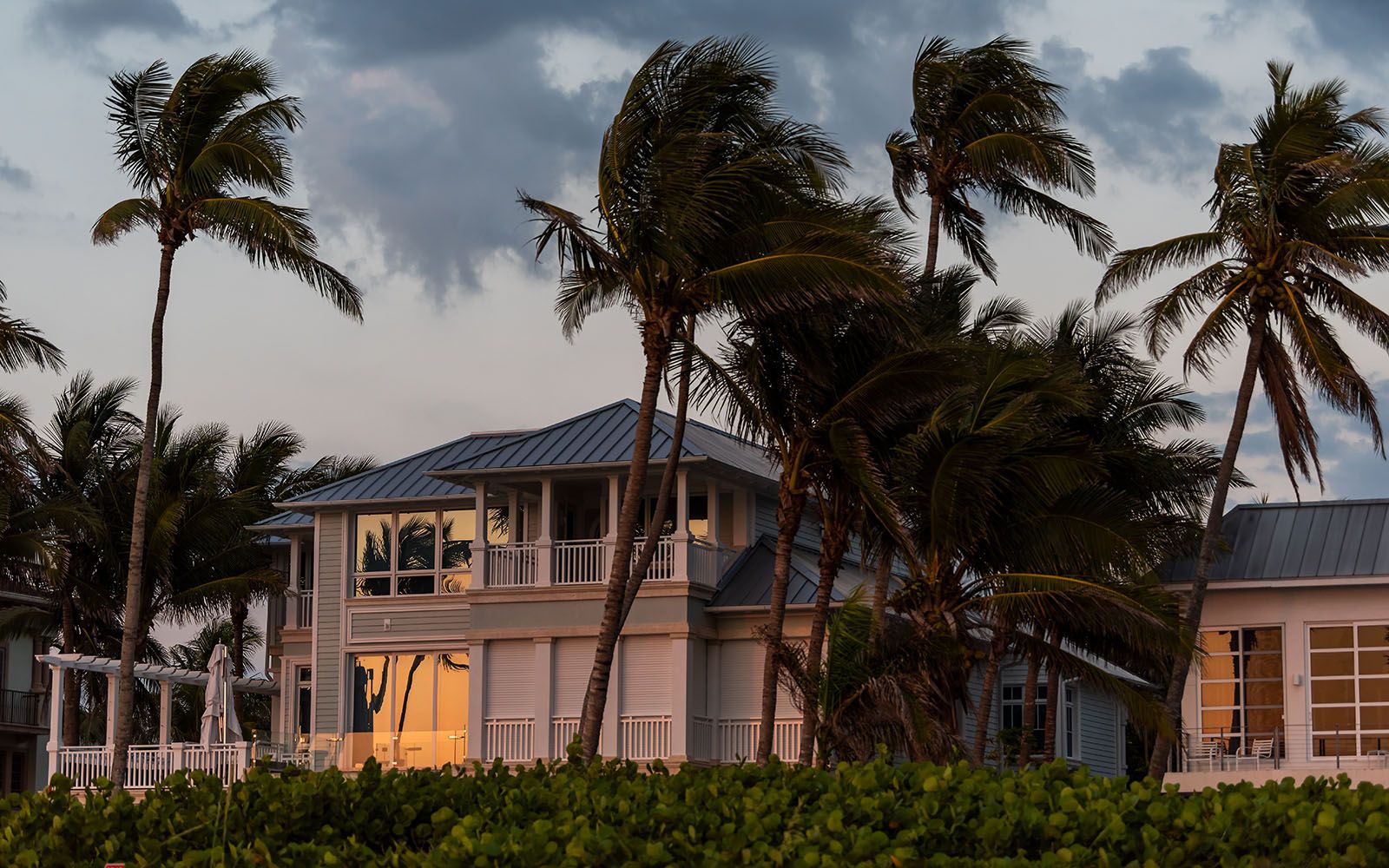 People see what they want to see, and they behave in reality they believe in rather than one they do not prefer.

This is belief bias. Belief bias is a working force-factor in real estate, at both the institutional investment and business-to-business level, and at the household street address level.

Belief bias goes hand in hand with other cognitive distortions. We feel supported in beliefs by "evidence" that occurs within a time-frame we'd prefer, rather than a time series that may not jive with our view. And so on.

Why this matters: Real estate and property – an economic bulwark and a prized merit-based stanchion of the American Dream – are coming face-to-face with climate in ways that imply increasing accountability among enterprises engaged in its business and valuations. This is a business leadership challenge.

A quick example from one of the bullet points above.

Bloomberg columnist Conor Sen suggests 2022 will be "boring" by comparison with 2020 and 2021's crazy housing market dynamics. Seated in the crux of Sen's logic flow is this paragraph, which carries his reasoning for a more normal year ahead.

This chart by George Pearkes of Bespoke Investment Group shows how, given rising incomes and declining mortgage rates, the ability to afford monthly payments on a mortgage remains strong, though rising prices do make down payments more challenging. Suddenly-surging rent prices also make buying a more attractive option compared with where the market was earlier in the year.

So, are readers to ignore entirely plausible impacts – not to say shocks – to the housing market of the Federal Reserve's now-accelerated plan to taper bond purchases and start elevating the cost of money in 2022? Or repercussions of a possible U.S. Treasury default or shutdown? Or implications of new, unforeseen or unappreciated supply chain and cost spikes in, say, energy?

Sen – and many others of us – may prefer a more normal 2022, and may behave as though a boring 2022 for the housing market is the one we'll get.

However, is that the 2022 housing's leaders plan for and lead their organizations toward, and deploy resources against?

Or do they, should they, can they, might they, will they reckon with and stand accountable for a scenario that bakes-in actual likelihood rather than a belief-bias view?

For instance, here's evidence that the U.S. is vulnerable to an Evergrande-moment-type shock, despite a wide view that U.S. markets are insulated from the China-based property developer's financial meltdown. It hits close to home:

Unbounded price appreciation eventually blossoms into a social problem as new buyers are priced out of the market—not least because their parents wasted their savings investing in housing stock rather than on economic activities that otherwise would have boosted productivity and wages. Meanwhile, because of the mismatch between property’s relatively muted productivity and the rising property prices on which middle-class savers have come to rely, governments face constant pressure to find new mechanisms to sustain high prices. This often means encouragement of ballooning debt levels.

At the same time, a collision between land and property valuations and climate is taking place in time-lapse motion.

Have you heard the perfectly relevant belief-bias expression?

This morning, the New York Times' Christopher Flavelle reports on a flood insurance tsunami heading straight for one of the most active and attractive retirement migration markets in the United States, not to mention two of the most prolific new-home construction markets – Florida and Texas. Flavelle writes:

Starting Oct. 1, communities in Florida and elsewhere around the country will see those subsidies begin to disappear in a nationwide experiment in trying to adapt to climate change: Forcing Americans to pay something closer to the real cost of their flood risk, which is rising as the planet warms.

While the program also covers homes around the country, the pain will be most acutely felt in coastal communities. For the first time, the new rates will also take into account the size of a home, so that large houses by the ocean could see an especially big jump in rates.

At the same time, Bloomberg City Lab correspondents Laura Bliss and Marie Patino report on the opposite end of the natural hazard spectrum and its potential risks in residential real estate:

The number of households that moved into areas with a recent history of wildfire climbed 21% between March 2020 to February 2021, according to a Bloomberg CityLab analysis of change-of-address data from Melissa, a global data intelligence and address analytics company, and wildfire burn areas from the National Interagency Fire Center.

Migration, mobility, and the motivations that drive them surge, ebb, and flow along both timeless values like comfort, security, well-being, and affordability and temporal phenomena such as a pandemic-sparked desire for space and fresh air and flexibility.

Land owners and developers sell property based on deeply-implied promises that those who buy into a destination will enjoy a home as a place to flourish, to live the life belief bias portrays as not only plausible, but more than likely actual.

This essential mechanism that allows for both sellers and buyers to engage in valuing property based on belief bias that works in both directions may be about to get a reality check in light of loss-control economics at work.

The fact that many people don’t weigh wildfire risk very heavily in their housing decisions is partly due to imperfect information, said Keenan and Barrett: For example, most states do not require sellers to disclose wildfire risk to new buyers, and tools for assessing that risk are still in their nascency. California has strengthened building codes in response to wildfires, requiring the use of ignition-resistant materials and defensible space around new homes. But such regulations are still the exception on a national level, and it’s still possible to get insurance policies in most high-risk areas — even in California, where insurers are currently banned from denying coverage in wildfire-prone communities."

A new Mortgage Bankers Association research analysis suggests that the day land values at both the institutional and household level start getting level-set to climate risk may not be around the next corner.

Given the critical role residential property, its ownership, and its worth represent as a measure of economic strength and resilience, it may be in housing leaders' interests to become active in solutions to those obstacles.