Pressures to get on build-cycle schedules and stay there run head-on into one of the Summer's blistering heat waves. It's up to field supervisors, and ultimately, strategic leaders to "sweat the details" to keep workers healthy on the job site.

Pressures to get on build-cycle schedules and stay there run head-on into one of the Summer's blistering heat waves. It's up to field supervisors, and ultimately, strategic leaders to "sweat the details" to keep workers healthy on the job site. 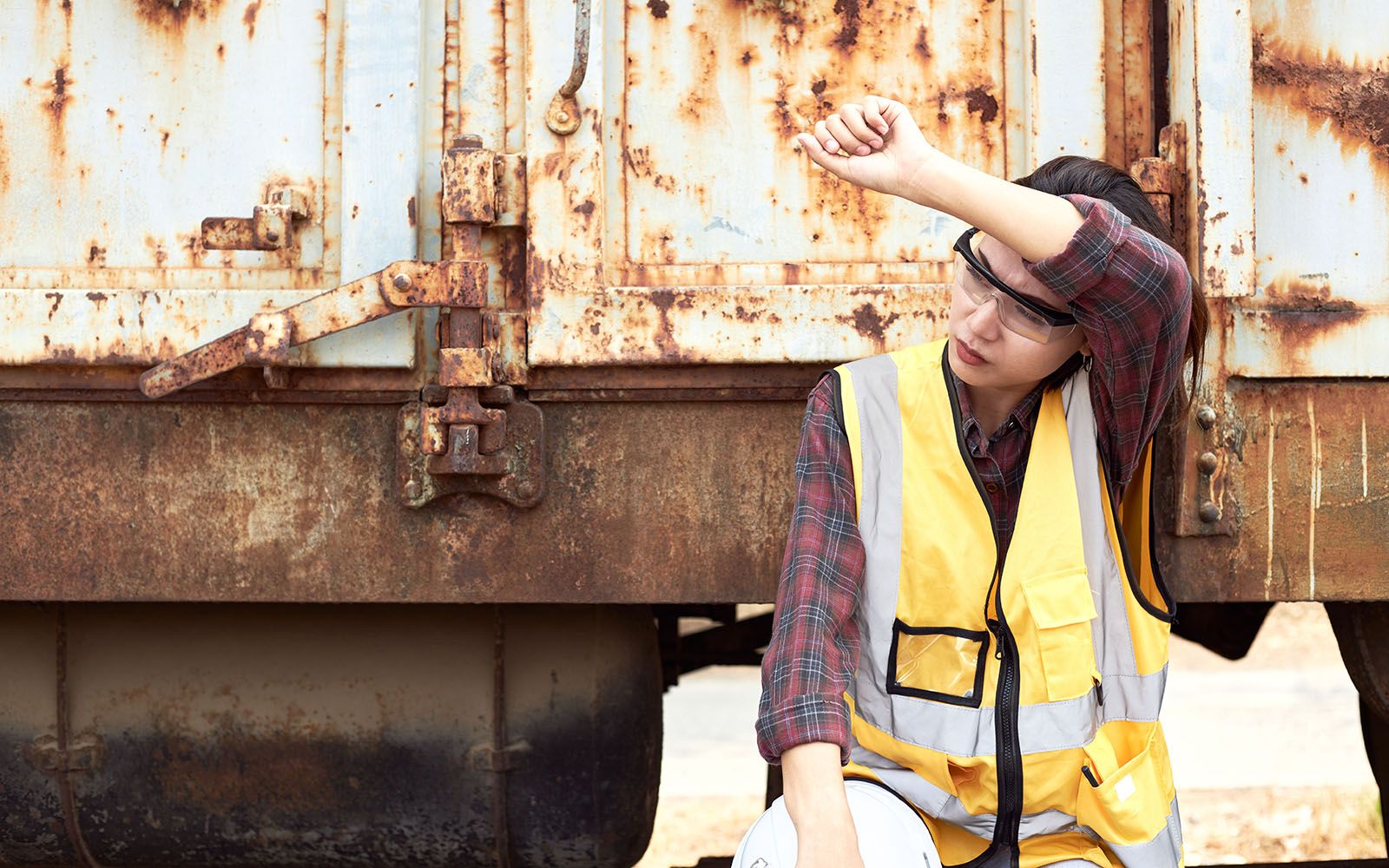 In two decades reporting on people whose livelihoods devote to making new homes and communities, that's one of the more commonly spoken "secrets" to dealing with all the moving parts.

And it's one to celebrate and call to account.

For today, by any calculus, homebuilding's biggest story is one of its details – the "small stuff" – whose impact is almost incalculable in human terms.

The "small stuff" today, and tomorrow, and for the foreseeable days ahead in mid-July and August and early September involves the some 3.2 million payrolled team members who count themselves in the occupations "residential builders" and "residential specialty trade contractors" and their health and safety on jobsites exposed to extreme levels of heat.

The reason to celebrate one of homebuilding's management mantras, "sweat the details," and call it to account is this fact.

Construction workers are at risk of death, injuries, illness, and reduced productivity resulting from heat exposure on the job. Between 1992 and 2016, 285 construction workers died from heat-related causes, more than a third of all U.S. occupational deaths from heat exposure [Dong et al. 2019]. It is possible that heat-related deaths were undercounted due to misclassification. Heat-related deaths have had an upward trend that corresponds with an increase in average summer temperatures during the same time period. Approximately 75% of these fatalities occurred during the summer months of June, July, and August [Dong et al. 2019]. Non-fatal HRIs are more common and may not be captured in surveillance data, as they may often go unreported. For example, from 2008–2010, data from North Carolina showed that among patients aged 19–45 years, occupational HRIs resulted in more trips to the emergency room than any other work-related cause [Arbury et al. 2014]. An examination of Washington state workers’ compensation claim data from 2006 to 2017 found that the largest number of accepted HRI claims (but not the highest rate) was in the construction industry, and identified a strong correlation between a higher rate of HRI in the third quarter and hotter summers [Hesketh et al. 2020].

This is not to over-sensationalize an extremely rare worst-case outcome of construction workers' exposure to heat-related harm or injuries. The operative detail here is that construction workers make up one of three occupational injuries related to heat, and heat is what we've got bearing down on what's new residential construction's highest activity zones.

A large portion of the U.S. population remains under heat-related warnings and advisories.  Approximately 100 million people are currently under an Excessive Heat Warning or Heat Advisory.  This includes a large portion of the southern Plains, the lower Mississippi Valley, the lower Ohio Valley, and parts of the Tennessee Valley.  Above-normal temperatures are expected across the region, reaching the triple digits in many locations.  High temperatures are forecast to break several more daily records across
Texas, Louisiana, and Arkansas today.

Thing is, when homebuilding's business leaders "sweat the details," they're on top of the preventability of injuries and harm that can come to workers on jobsites throughout their operating footprints. That might not happen typically among managers who aren't sticklers focused on all the tiny moving parts that add up to good operational practices or fail because of that item that's "hidden in plain sight."

On worksites, heat and humidity can be annoying, too. They can also be dangerous, because the human body can only handle so much heat before it suffers serious damage. The body is a well-engineered machine that normally does an excellent job of maintaining a stable 98.6° F temperature. When the body senses a need to cool itself, it begins to sweat. But if it gets too warm, sweating alone isn’t enough to cool it sufficiently. That’s when a series of heat illnesses can occur, each of them carrying greater dangers.

Homebuilding's business and field leaders know there're more than ample reasons to value not just the tasks getting done but, rather, the people engaging in doing those tasks as well as they can be done. There may be 3.2 million people on payrolls, showing up at job sites, and driving each new vertical project to weather-tight or some other milestone of progress in as close to schedule as possible – what with interest rates and inflation lopping off would-be-buyers wholesale with every day's passing.

Schedules are critical. It's when homebuilding's strategic leaders and field managers "sweat the details" that they see where heat-related injuries or stress run counter to the kind of capability and productivity they're set on achieving.

While building and agriculture values are measured in dollars, population is measured in fatalities and injuries. To ensure a common unit of measurement in the Risk Index, the population Expected Annual Loss was monetized into a population equivalence using a value of statistical life (VSL) approach where each fatality or ten injuries is treated as $7.6 million of economic loss.

What The Builder's Daily means by homebuilding's emerging capability culture is its leaders evolving community of practice end-to-end build cycle takes account for regard to the human contributions to the value stream, looking both at the "output" and the people whose efforts produce it.

"Sweating the details," in and of itself – when the business and construction community at large professes it needs a million freshly-minted skilled frontline workers in the next 36 to 60 months to rebalance versus the need for construction volume – means different and clearer-eyed and more materially impactful things now than it did when construction's labor capacity challenges came to light more than a decade ago in the wake of the Great Recession.

That too runs true to the spirit in which the habit has been mentioned so often among the good homebuilding leaders and managers I've gotten to speak with over the years.

Sweating the details never stops, which is one of the surest signs of proof that homebuilding's capability culture has its best days ahead of it.