Rumors of the demise of the current housing run-up are premature. Let's unpack what we're hearing and what we know.

Rumors of the demise of the current housing run-up are premature. Let's unpack what we're hearing and what we know. 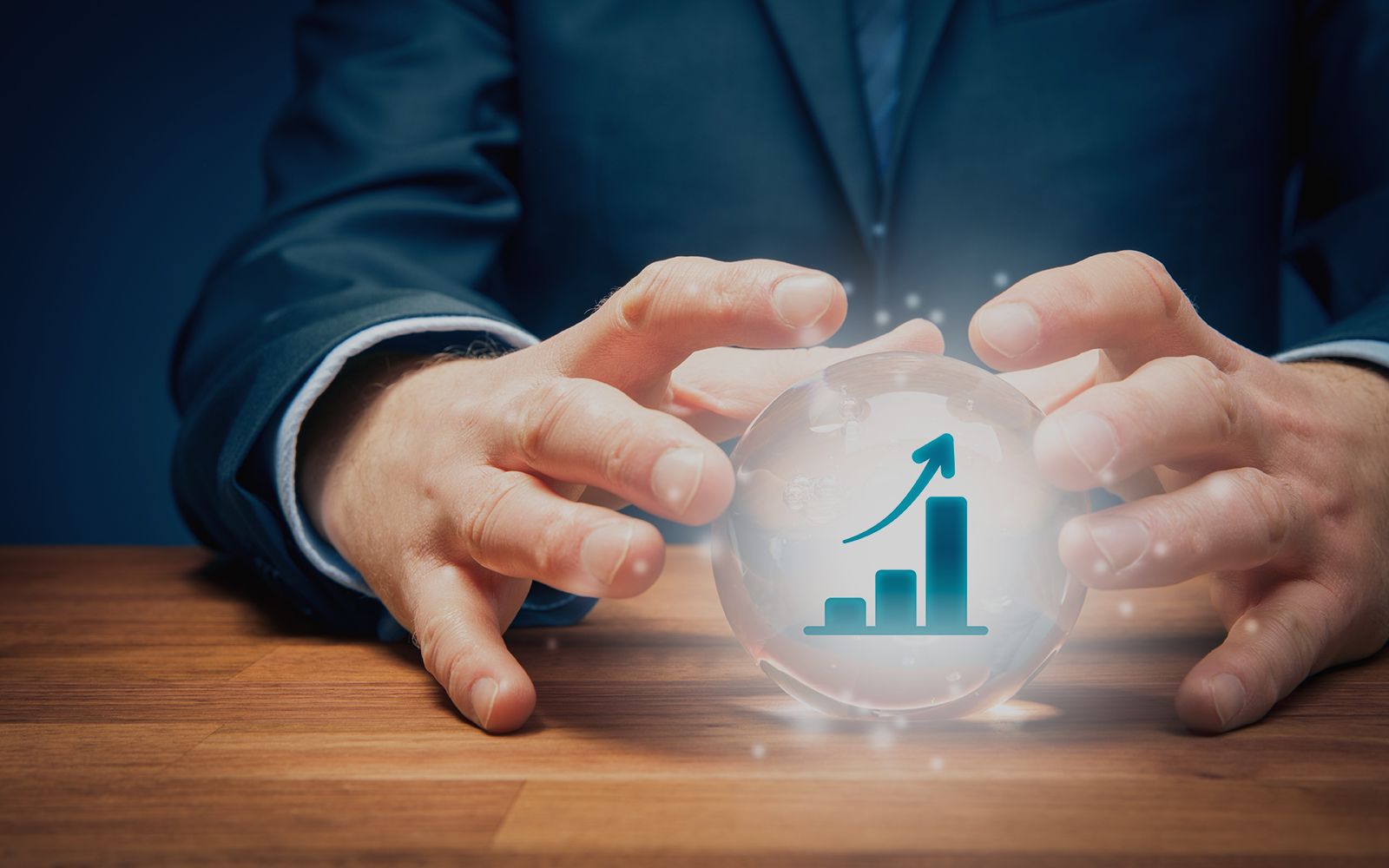 Predicting the end of a housing boom is a widely contested competition.

Pundits, analysts, observers, and plenty of amateurs engage in The Housing Crystal Ball Games, ... cyclically. A headline with just the right notes of alarmism and timeliness plays well to search engine optimizers. Further, one can somehow affix one's name to an inflection – for example, "Housing boom is over as new home sales fall to pandemic low" --  that prescience links forevermore to one's reputational credits as a public speaker.

It qualifies as a scoop if one can report on authority that a run-up has – contrary to a consensus of expert opinion, historical perspective, and data – run out of steam. Bets from that point forward are the equivalent of daring to "catch a falling knife."

It's also hard – as a phrase variously attributed to a Danish adage, Nostradamus, Mark Twain, Niels Bohr, Samuel Goldwyn, and, of course, Yogi Berra – to predict, especially about the future.

But it's lame to fall back on a sage quotation and leave it at that.

There are real issues, real deadlines – i.e. the sunset this week, July 31, of a federal pandemic-rescue moratorium on foreclosures, and, in 60 days, the expiration of the government's mortgage forbearance program, which currently stands at 1.75 million borrower-enrollees, per this analysis by Fortune's Lance Lambert – and real money riding on both continued housing market mojo and, well, not.

To be sure, CNBC correspondent Diana Olick's report on yesterday's dismal showing in the Census release of new home sales for June is written under a headline – "Housing boom is over" – she may not have proposed.

Olick dutifully lays out the facts, and then leans into an explanation for why the numbers have headed south the past few months, especially after Census revisions to preliminary data.

After a year of frenzied buying and price gains in the double digits, newly built homes are now out of reach for much of the demand that remains in the market.

The inference in the story, which is at least partly true, is of a small but widening gap between what homebuilders have for sale and the pool of would-be buyers forced to the new-construction sidelines because of the higher price barriers.

Whenever a Housing Crystal Ball Games contestant detects a change in rate or ratio, the instinct is to jump on the opportunity to make the call before others do.

Olick, by no means, is alone in sensing that homebuilders may once again be doing that thing they always do when it comes to taking price increases when they can, when they believe they should, and when they profit most. When price-to-market practically rules as a code of conduct, it's practically unlawful in the new home marketplace not to raise prices as often and as much as the market bears.

And when that tolerance point reaches its limit, what then?

The share of prospective home buyers looking to buy a newly-built home peaked at 42% in the fourth quarter of 2020, before falling to 38% and 33%, respectively, in the first two quarters of 2021. The drop is most likely the direct result of strong gains in new home prices in 2021, which have been driven by double-digit growth in the price of residential construction inputs. These results come from NAHB’s latest Housing Trends Report.

This is where the new-home market stands today, and where its leading enterprise investors, community developers, and builders regard their options, scenarios, and the context for opportunism, strategy, and execution.

In fact, some of the conditions that fed the 2020-21 new housing juggernaut are in flux, disrupted, or about to end. Government economic policy safety nets and backstops for mortgages may be withdrawn. The Fed – responding to what its instincts lead it to conclude as to whether economic activity is dangerously overheating or not – may pull back stimulus that has acted as a catalyst for some of the momentum to temper inflation. Extended unemployment benefits, too, will sunset in the four- to eight weeks ahead.

So, in context, no doubt some of the tailwinds fueling the surge – both financial and psychological – have shifted to crosswinds, or even headwinds as one looks ahead.

Too, Wall Street prices and profitability as a force-factor driving demand may also qualify as a wildcard. Asset prices — even back prior to the seismic shocks of the pandemic – have looked overvalued to some and due for a healthy correction among a growing consensus of prognosticators. Uncle Sam's de-wobblization and supports of stock market balances and growth may be one of the less appreciated contributors to housing market activity and mojo over the past 15 months.

So, that field of energy, buoying not only stock investments but retirement accounts and dividends earnings, may take a hit if a post-financial and economic rescue level-set brings asset values back to earth.

However, there are two other unpredictables that matter here that will go far to determining whether the housing boom is over or merely taking a pause before regaining pep in its step.

One is the price-points of all the supply to the market builders have been moving to the "ready" position during this supply-constrained stretch.

Here, Danielle Nguyen, manager of research at John Burns Real Estate Consulting, brings the data pre-indicating a new 2022-2023 surge of supply of new homes in the offing, volumes poised to come to market as current materials and product bottlenecks resolve, and supply chain normalcy is expected to resume.

Over the next 24 months, expect home construction to boom as the number of communities will start growing again after a significant decline that has lasted more than 21 months now. Both for-sale and for-rent home builders have been on a land buying bonanza since June of 2020. The publicly traded home builders have increased their land holdings by 23% YOY through 1Q 2021. Our market feasibility consulting business for private builders has boomed as well. Builders have also paid for 30% more single-family permits in the last twelve months than the prior twelve months.

Investments in permits, new community openings, and new pipelines of vacant developed lots reflect confidence and conviction among the builders that the decoupling of their current product and communities' prices to customer segments critical to their buyer universe is "transitory" not permanent.

If a temporary stretch of poor, mispriced supply accounts for losses in sales momentum over the past few months, can adding a new slew of products and communities – timed, say, to Spring Selling Season 2022 – reignite the market?

Nguyen's analysis suggest JBREC is taking a constructive view of a time period ahead for builders to regain sales momentum, even as prices level and available inventory, time spent listed-for-sale on the market, and incentives and discounts become wider spread as tactics.

Most of the recent land buys will consist of communities that are larger in size as disclosed by Lennar (LEN), Meritage Homes (MTH), LGI Homes (LGIH), Toll Brothers (TOL), and Green Brick Partners (GRBK), and observed by our consulting team.

The growth in more affordable markets has also boomed. Check out our recent article on The Rise of the Sister Cities as an Affordability Solution to understand a few major markets to which buyers are relocating.

All of the above represents reasons why we believe supply is coming. While this supply will be welcome by aspiring homeowners, economic forecasters, construction workers and building materials suppliers, we are already having conversations with our forward-thinking private equity and home building executive clients about “how much will be too much, and when will that happen?”

A second X factor lies embedded in an economic reversion to norm, after the Fed and Capitol Hill and remaining artificial supports to the systems have run their course.

Namely, livelihoods. Pay. Household incomes. Careers. Unappreciated, or underappreciated in all forecasts, prophecies, calls on whether the current housing boom has hit the end of its road or has running room ahead is the future of work and the household value it generates as an enabling engine of the economy.

The pandemic – among other factors – sped up by years, the automation and technological advance of a currently incalculable number of systems, processes, and value cycles. Ultimate impacts to the number of jobs – added, subtracted, worth more, worth less – the economy can create and sustain may very likely begin to come clear in the next three to five years.

That will be the real scoop that will signal a tipping point for both housing demand and supply.

You heard it here first.