Can Americans Be Happy In America's Happiest Cities?

WalletHub hosts one of the more sinfully irresistible city rankings: America's Happiest Places To Live. Question is: Will Americans want to live in them?

Can Americans Be Happy In America's Happiest Cities?

WalletHub hosts one of the more sinfully irresistible city rankings: America's Happiest Places To Live. Question is: Will Americans want to live in them? 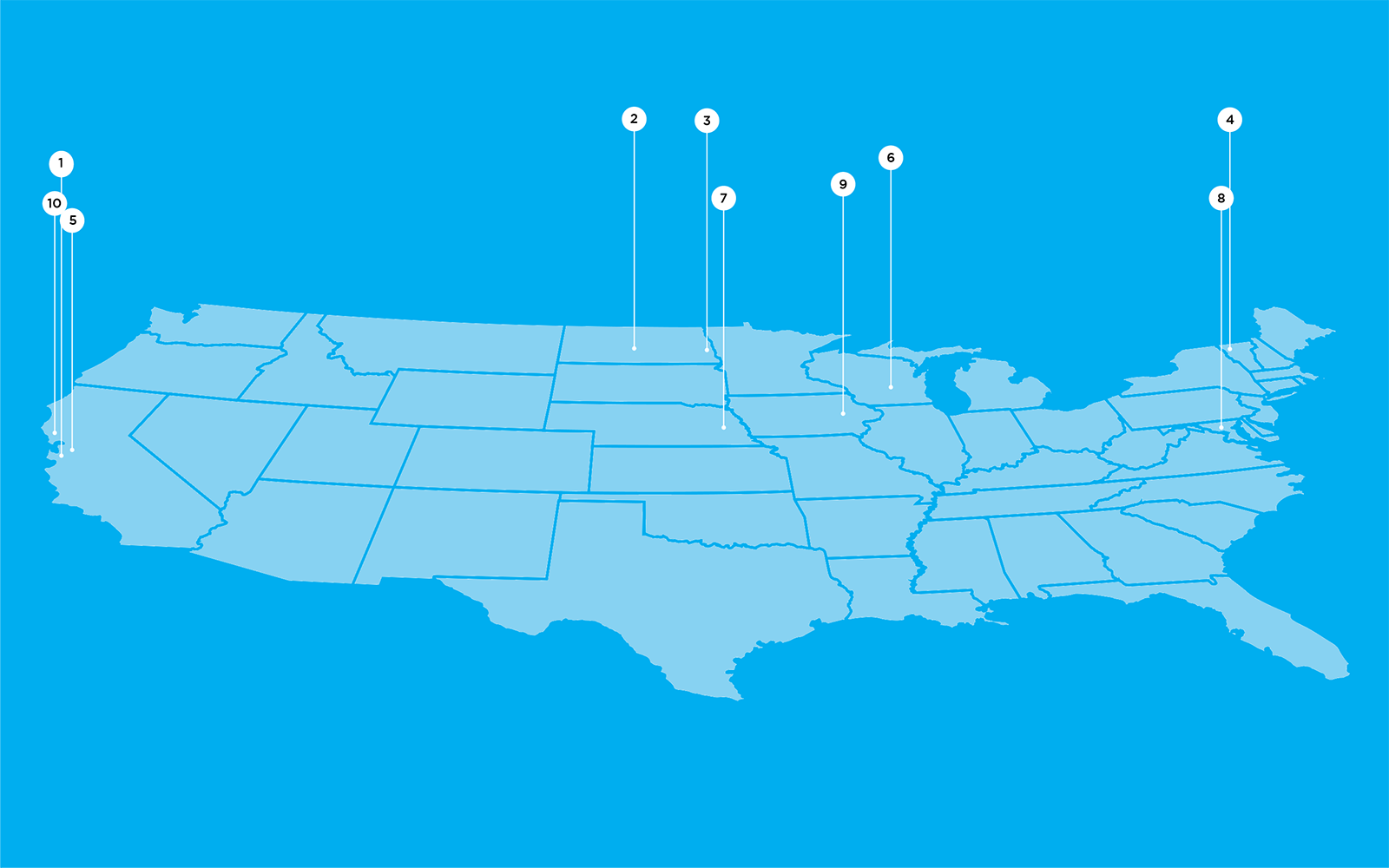 Work-at-home, mixed with an abundance of time for reflection, gave impetus to the most popular parlor game of 2020: If I can do this anywhere, where would I be happiest?

WalletHub has tried to lend some heft to the consideration with its sinfully irresistible America's Happiest Places To Live. Using data from 16 sources across 31 measures of happiness, ranging from depression rate to income-growth rate to average leisure time spent per day, WalletHub gave weighted scores for emotional well-being, income and employment, and community and environment. They tallied the three scores and ranked 180 U.S. cities.

Being interested in being as happy as we can be, we decided to look at just the top 50 ranked cities on the WalletHub list (in a sense, the remainder is really a ranking of the unhappiest cities). We added some Census data and took a look to see what commonalities or differences the Top 50 Happiest Cities shared. Here are our takeaways.

Takeaway No. 1: Move to a Small Town

If you want to live happy by the WalletHub standards, get ye to a small town. Forty-two percent of the Top 50 ranked cities have a population under 200,000, and half of those are under 100,000.

The smaller city bias becomes even more pronounced when we look at the Top 10. Six are under 200,000 and 9 are under 300,000. San Jose, California, is the only one of the U.S. 20 most-populous cities to make the top 10, coming in at No. 5 for hppiness after Bismark and Fargo, North Dakota, Madison, Wisconsin, and the No. 1 happiest city, Fremont, California, just across the East Bay from San Jose.

In total, 75% of the 20 most populous cities in the country ranked near or in the bottom half, from Chicago at 84th to Philadelphia at 160th.

Nineteen of the Top 50 Happiest cities have populations that are between 70% to 88% white. The national average for all American cities is 60%, according to U.S. Census Bureau etimates. The vast majority of the Top 50 have white majorities.

But there are 11 cities in the Top 50 with a majority or plurality Asian and/or Hispanic populations, including the No. 1 Happiest City, Fremont, California, and No. 5 San Jose.

In total, 60% of the Top 50 cities have a predominantly racially homogeneous population of one kind or another.

Takeaway No. 3: Want a big city? Better make it a tech hub

Only five of the 20 largest U.S. cities by population made the Top 50 list, and each one is a technology hub. The parallel seems beyond coincidence.

Of course, happiness is defined by the beholder. For instance, Sperling's Best Places ranked the top 10 U.S. cities for hygge, the Danish concept of coziness, and it came out like this:

We suppose this all proves there may be no way to make everyone happy. Who knew?