Vancouver-based construction innovator -- powered by a sustainable, resilient proprietary building material and a fresh, local approach to construction capability -- seizes its moment to claim a role in building industrialization.

Vancouver-based construction innovator -- powered by a sustainable, resilient proprietary building material and a fresh, local approach to construction capability -- seizes its moment to claim a role in building industrialization. 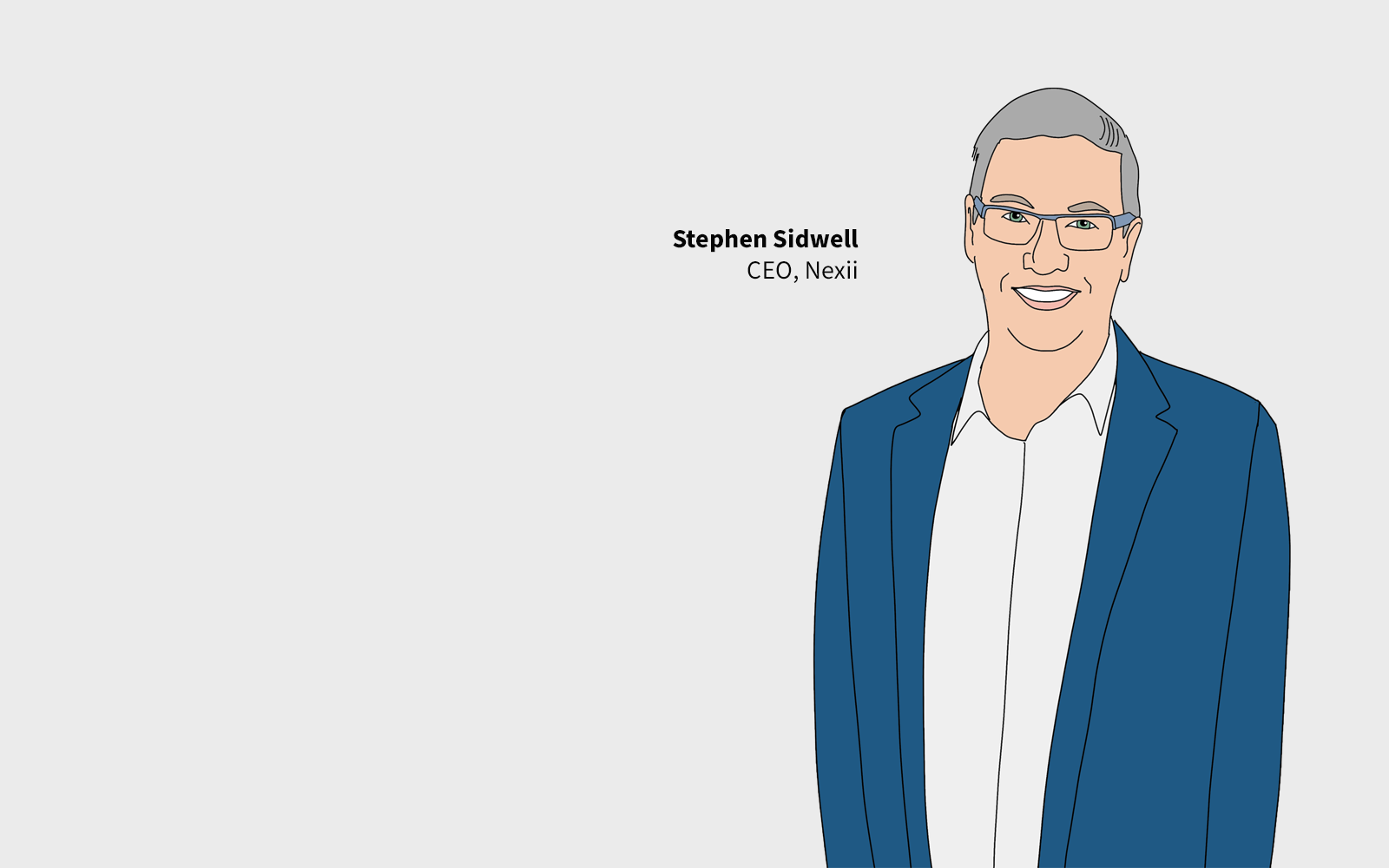 Nissan upped its ante. Yesterday, word came through that the world's 9th largest auto company would invest 2 trillion yen ($17.6 billion US) in the next decade, to "launch 23 exciting new electrified models, including 15 new EVs, aiming for 50% electrification mix by fiscal year 2030."

Nissan's just one of the top 10 automakers going all-in on an electric vehicle future, one that's at least some parts self-determined as part of the enterprise's brand promise of "mobility and beyond."

Global automakers are planning to spend more than half a trillion dollars on electric vehicles and batteries through 2030, according to a Reuters analysis, amping up investments aimed at weaning car buyers away from fossil fuels and meeting increasingly tough decarbonization targets."

Further, Reuters notes, the reported $515 billion the world's top automotive enterprises are pouring into electric vehicle research and development during these next 10 years is a $200-billion-plus quantum leap up from the levels of planned investment just three years ago.

The mistake would be to clock in this enormous surge in dollar investment as a product engineering pivot leveraging a new fuel source to power vehicles. Look at it that way and there's almost zero relevance to enterprises whose business models tap production and manufacturing capability to design, source, and assemble homes and communities on developed building lots.

Looked at another way, however, and the relevance and urgency of what stands as a stark contrast in research and development investment commitment shines super bright.

Yes, car makers are racing a clock on self-enforced commitments to climate carbon-neutral impacts, mapping their facility tooling, product transformation, and production capability to an operational arc that intersects with what those companies reasonably assume to be regulatory imperatives, coming sooner or later.

What's telling, however, comes through in Nissan's messaging, which focuses on its engineering advances – specifically around its promised secret-sauce "all-solid-state-batteries" as a core fuel source – as the future of "mobility," not the future of cars.

Mobility is at the heart of the company's enormously expensive stake in the ground on its EV strategy.

As Nissan increases its pace of innovation in mobility, it intends to hire more than 3,000 employees in advanced research and development globally while continuing to upskill its current workforce. The company will also build on collaboration across the Alliance to enable cost-savings and shared expertise in areas such as carbon-neutral technologies, electrification, software and services.

Now, by way of comparison, let's go back to one of the residential construction business community's most-quoted analysis of the past five years, the McKinsey & Company Global Institute "Reinventing Construction, A Route to Higher Productivity," report. Exhibit "E-1," you know the chart by heart by now, as it shows construction productivity as close to a flatline in the 20-year-stretch from 1995 to 2014, while manufacturing as a whole climbed by upwards of double the worker productivity during the same stretch.

It's the must-show slide in nearly every construction innovator's deck for the past five or more years.

What's seldom shown, however, is the "buried lead" of the McKinsey report, and one that gets all too little note. The graphic gets tagged, "Exhibit 31," and it accompanies commentary from McKinsey's authors under the heading, "Root Cause 10: Industry underinvests in digitization, innovation, and capital."

Of particular interest, we read:

The US construction sector, where 1.5 percent of gross value added was invested compared with 5.7 percent in financial intermediation, 3.3 percent in manufacturing, and the all-sector average of 3.6 percent."

So, while global auto companies are earmarking in excess of half-a-trillion dollars to research and development to give its potential customers over the next 10 years their best experience of mobility, few if any organizations leading the business of residential real estate and construction commit such deep and vast R&D resources to the beginning-middle-and-endgame of "livability," the promise a home and community can make to its customers.

Maybe we need to coin a better word, one that messages the blend of sanctuary, comfort, peace-of-mind, well-being, connectedness, and a place to flourish – as the term mobility conveys as a value proposition.

Investment, significant investment into homebuilders' equivalent of "all-solid-state-batteries" – not just about non-renewable fossil fuel use, nor carbon-positive materials and systems technologies, but about the core value of what a home promises its owner or renter – is far, far behind where fellow corporate and manufacturing sector leaders are in committing to future value generation.

Ironically, as the public equity markets shut down and investors scramble to shield their risks amidst the most recent frisson of fear around Covid's latest named variant, Omicron, one of the companies worth watching for its commitment to construction innovation around "livability" is Vancouver-based Nexii.

Nexii last week announced plans for a private placement offering of shares in the company priced at $26, as a way to raise capital for an ambitious global operational expansion. It recently opened its first U.S.-based facility in Hazelton, PA, with a $20 million investment that, "Once fully operational, the plant will be able to produce more than 8 million square feet of building panels every year, serving projects in Northeast U.S. markets, including New York City, Philadelphia and Washington, D.C." In addition to the Hazelton, PA, plant, Nexii has entered term sheet agreements with local operators in Pittsburgh, Toronto, Vancouver Island, Calgary, and has recently added locations in Dallas, Houston, Atlanta, Bakersfield, CA, Seattle, and Louisville, KY.

"Our focus is on accelerated growth and speed to market with both the construction capability and the local partnerships using our proprietary material," says Nexii ceo Stephen Sidwell. "We're going to be profitable on an accelerated basis well, but we want to get on the ground and establish our share of this new market as soon as we can."

The private placement capital raise, says a capital investment strategist, reflects Nexii's move for optionality around the size of its cash trove as it seeks a growth spurt, not just domestically, but internationally.

By raising equity, they may also leverage some of it to access the debt markets to supplement their capital structure now, since borrowing costs are still low," our investment strategist notes.

Nexii Building Solutions Inc. recently closed its sixth funding round led by Honeywell, a USD$45 million infusion of capital. The investment round, which also included Trane Technologies and other strategic partners, values the 31-month-old company at USD$1.23 billion (or CAD$1.55 billion). Nexii’s total equity raised is over USD$109M (CAD$125M) and the firm has more than 1,000 shareholders including clients, suppliers, employees and high net worth individuals.

Nexii – whose foundational construction innovation is a signature building material product called Nexiite, which can power fast construction of sustainable, resilient buildings -- similar to an operating model established by Coca-Cola and Pepsico, whose "secret-sauce" formulas were kept proprietary even as manufacturing, distribution, and retail channel marketing and sales tap into local business partners as franchises. Its building solutions have a lower carbon footprint with 20% to 33% less embodied carbon, use 33% less energy and 55% less heating energy.

Here's what Nexii says about the basic building block of its business:

Nexiite is a proprietary blend of readily available ingredients, with no ILFI Red List toxic substances, has comparable properties to concrete, but contains no Portland cement or lime, significantly reducing end-to-end carbon emissions.

Nexiite is used to create Nexii Panels for use in commercial, industrial and residential buildings. Nexii NCMs precision-manufacture panels that are flat-packed and transported direct to site where they are bolted together and rapidly assembled. This cost-competitive building solution creates sustainable, disaster-resilient buildings with reduced emissions, up to 75% shorter build times, and near-zero on-site waste."

In July, we wrote here, comparing and contrasting the arc of Nexii with the rise and fall of Katerra:

We don't want nor intend to compete with architects, engineers, on-site trades, general contractors, and other people whose livelihoods are building," Sidwell says of the Nexii masterplan. "Our desire is to work to engage, earn trust, and provide value and to train these professionals to design systems and envelopes as they do, becoming part of a certified, licensed network."

Sidwell notes that in addition to the four utility patents Nexii has secured for its Nexiite and panel products, it has 41 patents pending, and has completed more than 200 tests on its materials' fire, structural, seismic, hygrothermal, and sound characteristics in its own and 3rd party labs.


Over Time, Musk Proves Out The Fitness Of Productized Solutions

Tesla's multi-pronged vision and strategy may be the first at breaking through the housing disruption barrier by focusing not just on construction, but what people value in their property as well.


Over Time, Musk Proves Out The Fitness Of Productized Solutions

Tesla's multi-pronged vision and strategy may be the first at breaking through the housing disruption barrier by focusing not just on construction, but what people value in their property as well.