This App Could Stop Housing's 2008 Meltdown From Recurring

Framework, the 2021 Ivory Prize for Innovation in Housing Affordability in the finance category, has designed a Fitbit- or GPS-navigation-style experience for people new to homeownership.

This App Could Stop Housing's 2008 Meltdown From Recurring

Framework, the 2021 Ivory Prize for Innovation in Housing Affordability in the finance category, has designed a Fitbit- or GPS-navigation-style experience for people new to homeownership. 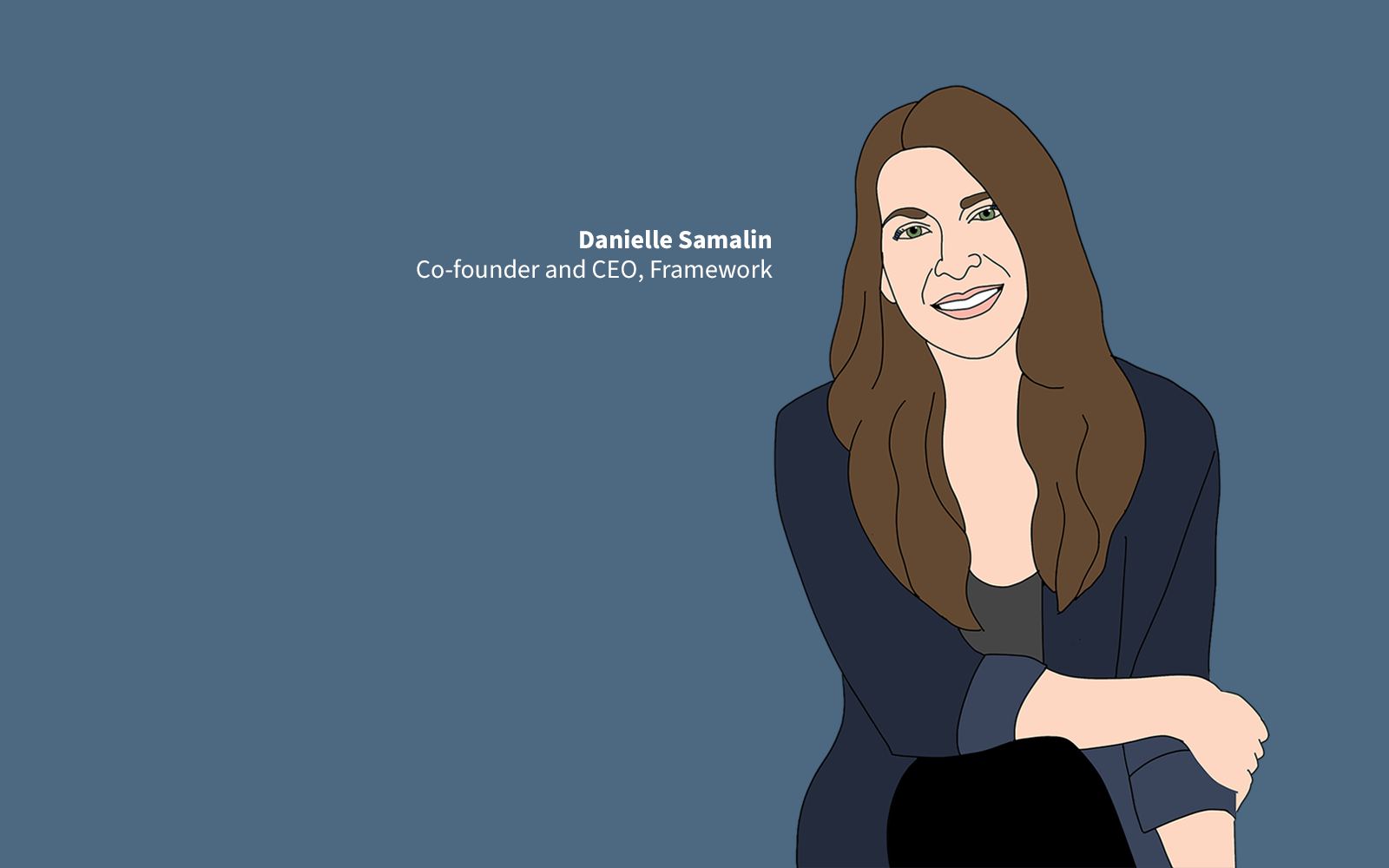 Between 2007 and 2010, banks foreclosed on 4 million properties; upwards of 10 million Americans lost their homes. That was 3% of our entire population displaced, dislocated. From distress unimaginable, and from the widespread human toll of harm and loss, and from the nuclear winter destruction circa 2007 to 2010's financial and housing collapse came a lesson none could deny.

Nor could anyone holding a stake in any part of housing's financial, real estate, construction, manufacturing, and distribution ecosystem again tolerate the lesson's unforgivable systemic implication.

If housing's people – for anyone will tell you, housing is a people business – are capable of learning it, the meltdown and its vast sweep of destruction will have occurred as a "never again" turning point. The foreclosure crisis spoke to statistics, but could not adequately characterize the harm done and the scars inflicted.

Now in mid-2021, as builders, real estate agents, mortgage representatives race to qualify surging would-be buyers and bring them through settlement, it's a risk-on hurry-up offense environment. Complicating – and, no doubt, adding heat to an already feverish drive among households looking to buy homes – the market these days is the presence of financial buyers, funds, warehousers, wholesalers, trolling neighborhoods for vulnerable owners, all looking to poach cheaper properties for their ability to generate cash and a quick gain.

All the while, signs that access to mortgage lending's credit box has expanded to riskier borrowers trigger more than a little angst, particularly as real-time house price inflation spreads as an accelerant of buyer urgency.

This time, though, many of us would like to think and say it's different.

Underwriting qualification criteria – credit scores, debt to income and loan to value ratios, particularly – have shown discipline this time around, unlike the last time. You'll remember the expression, "if you can fog a mirror, you can qualify for a home mortgage."

As CoreLogic principal economist Archana Pradhan notes in a May 20 analysis "Did Mortgage Underwriting or Loan Applicants Change In 2020?":

Over the course of the pandemic, we have seen a decrease in the average DTI and LTV as well as an increase in the average credit score of loan applicants. There are two possible reasons for this change: either the risk attributes of applicants have changed, or lenders’ credit underwriting standards have changed due to an uncertain economic outlook.

What gives pause however, is that many people moved in react mode, out of fear, or fear of missing out. Animal spirits, the behavioral economics equivalent of contagion, move individuals and households to gravitate, almost like they're being tugged by muscle memory, toward owning a home, now, by whatever means possible.

With all of that involuntary muscle at work – not to mention an ever-present pulse of aspiration, motivation, and beckoning we call the American Dream – the need to educate, train, and guide people to initiate themselves into homeownership with odds for success has never been greater than now.

Fact is, as more and more households find themselves irremediably sidelined in today's housing market, desperation at the margins is intense.

Almost 11 million households spent more than half their income on rent in 2018, a level of financial stress that frequently tipped people into crisis. Here’s one mind-boggling number: On a single night in January 2020, more than 580,000 individuals were homeless in the U.S., according to a once-a-year count organized by the Department of Housing and Urban Development.

The occasion for recklessness on individuals part and chicanery on the part of unscrupulous business players is ripe, as annually, 2 million first-time homebuyers enter the fray.

This is where learning can play a part in any belief that a debacle the likes of the Great Recession's calamitous havoc could never be allowed to occur again.

The fact that owning a home is right for some people and not a good fit for other people is common sense. So, too, is the reality that owning a home successfully is more than about having money enough to occupy a place in hopes that its value appreciation would work like an ATM to fund a lifestyle.

Owning a property in a way that makes for a household that can prosper there requires a combination of resources and behavioral patterns that many of us do not find to be intuitive. Our habits, many times, conflict with our aspirations.

Technology, devices, apps have emerged in many of our lives as a bridge between information we benefit from and our own behavior.

This is where a Boston-based collaborative organization called Framework's Keep app kicks it up a notch in the "never again" department.

The stats are clear, says Framework CEO Danielle Samalin​, "Homeowners who get education and advising are more likely to stay in their homes."

Framework, the 2021 Ivory Prize for Innovation in Housing Affordability in the finance category, has designed a Fitbit- or GPS-navigation-style experience for users that both feeds information and resource access, and at the same time, encourages daily small-change self-guided behavior-modification with a single purpose: To help people enter into homeownership and do it in their daily lives successfully. Upwards of 1 million homebuyers have engaged with Framework's education and training courses, and Keep is a free app launched in January 2020, aiming to amplify the Framework offering.

Framework is a private-nonprofit hybrid enterprise, the offspring of Housing Partnership Network and Minnesota Homeownership Center, launched in 2012. The nonprofits developed a comprehensive curriculum to educate homeowners about the process of obtaining a mortgage and owning a home. Framework is approaching the home purchasing process through a social justice lens with the intention to democratize the home buying process. Framework took the curriculum and packaged it as a digital platform designed for today’s homebuyers. In addition to the digital curriculum, Framework also includes a network of nonprofit counseling partners that homebuyers and homeowners can access to get one-on-one advice whenever they need it throughout the homeownership process.

For Samalin this promise-filled solution – blending technology, financial knowledge and counseling resources, and the timeless impulse among Americans to pursue their dream of owning a home – is both a professional mission and a personal passion.

I’ve always been the lone social scientist in a family of artists and creative types. I studied economics at Wesleyan University, and then went to NYU for my masters in urban planning. Being in grad school in my home town that was going through so much change and transition during the early 2000s was fascinating. For me, I felt this change personally, as it was during that time that my parents were displaced. I said to myself — what is a city without the diversity of its people? I focused on community development, on the humans that live in the buildings we discussed in urban design classes. And it was around this time that I connected to a credit union in Bushwick, Brooklyn, a predominantly immigrant neighborhood. The credit union wanted to create a mortgage program for this largely unbanked community that was being preyed upon by unscrupulous mortgage brokers.

Framework’s journey began following the 2008 housing crisis that resulted from such predatory mortgage practices. At the time, I was working at the Housing Partnership Network, leading homeownership initiatives. The nonprofit affordable housing industry was called upon like never before to respond to the crisis, and we saw firsthand how inadequate access to reliable information can create devastating results for people who are trying to build long-term financial security. This is especially true for lower income households and households of color who have been systematically held back from pursuing the opportunities to attain long-term wealth through homeownership, or, as was prevalent during that crisis, left vulnerable to predatory scams.

In launching Framework, I committed myself to building a social enterprise to ensure that as many people as possible have the information and tools they need to make homeownership decisions with confidence.