'Water is the ultimate weapon in the Western U.S. to prevent growth.' -- A strategic real estate executive commenting on the D.R. Horton purchase of Vidler Water Resources

'Water is the ultimate weapon in the Western U.S. to prevent growth.' -- A strategic real estate executive commenting on the D.R. Horton purchase of Vidler Water Resources 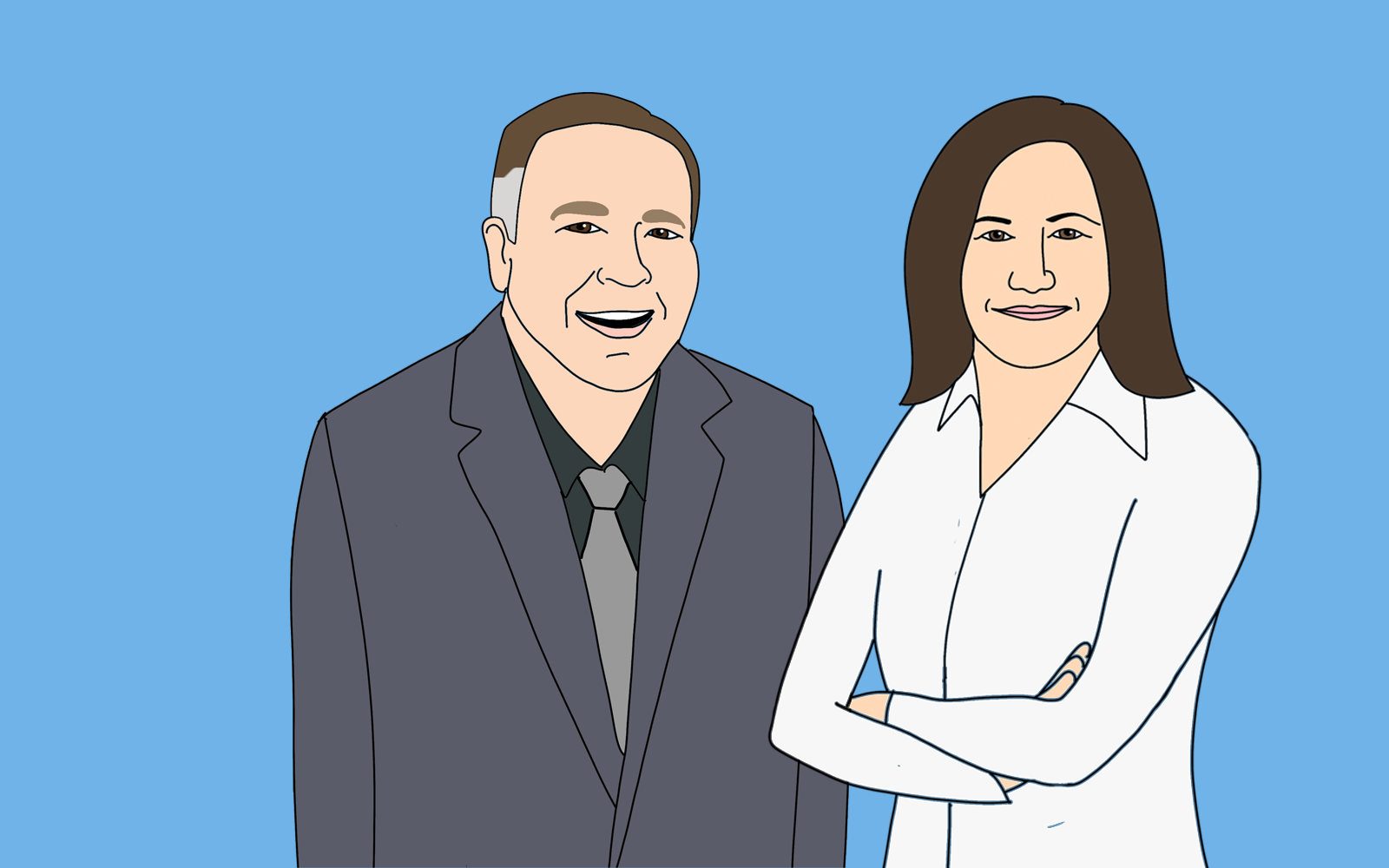 It's already hard enough to get land these days that's permitted to build on. But that's barely the half of it. Now, you've got to make sure – particularly in sizzling hot, active housing markets in the U.S.'s western region – you've locked in access to water. Here's the news announced late last week and scrubbed for clarity by the editors of The Real Deal:

The nation’s largest homebuilder is buying a water services company in an all-cash deal to ensure it has enough water for its communities.

D.R. Horton said Thursday that it bought Carson City, Nevada-based Vidler Water Resources. The total equity of the deal is valued at about $291 million, according to the announcement previously reported by the Dallas Morning News.

The Arlington-based developer said the acquisition was needed to satisfy a “lack of adequate water supply” that many of its markets are facing.

On the surface, it's a $291 million real estate deal. That's not a small mergers and acquisition transaction, but by no means a major one for the nation's largest homebuilding enterprise to ingest, as it plans to do as it settles the transaction – barring the merits of those contesting the merger – within its fiscal Q2.

Still, that's the thing about water. It's not just on the surface. It's in the ground, below the surface, and whoever has dibs on water has a lot of say on what happens on the surface. That makes this a big deal. A very big one.

It's a $291 million real estate deal that could alter land values, community development, economic growth, and, ultimately the future of lives and livelihoods in a drought-ridden Western U.S.A.

What's more, it's a deal that could finally pivot discussion, negotiation, and valuation of land and future residential community and lot development in the context of what's happening in real-time on the climate front.

A strategic-level residential land development executive we talk to, fascinated by news of this $291 million deal, notes:

Water is the ultimate weapon in the Western U.S. to prevent growth."

Let's back up a bit, and then zero in on specifics, shall we?

Water is the driving force of all nature." – Leonardo da Vinci

And a Pulitzer-winning journalist and teacher, the late Alice Steinbach of the Baltimore Sun, wrote:

I suppose that, after the passion of love, water rights have caused more trouble than anything else to the human species.

A one-page press statement regarding D.R. Horton's agreement to acquire Vidler hardly does justice to a combination capable of sweeping impact, not only on Horton's own community and new home development in the thirsty regions, but as a "sluice gatekeeper" for other builders and developers within the Vidler regional footprint.

The issue that makes this combination a massively important one in the Western states is this:

The next few years will be a critical policy planning period for Western water agencies, culminating in the particularly pivotal year of 2026. The drought contingency plans for the Upper and Lower Basins of the Colorado River, which have helped further the understanding that the status quo is no longer sustainable, will expire that year and likely undergo significant changes. In the plans, first approved by Congress in 2019, the seven Colorado River Basin states committed to protect the water levels of Lake Powell and Lake Mead — the human-made reservoirs that store Colorado River water and serve the basin states — through various conservation mechanisms.

Not only will the Colorado River Drought Contingency Plan expire in 2026, so too will the 2007 Colorado River Interim Guidelines for Lower Basin Shortages and Coordinated Operations for Lake Powell and Lake Mead, as well as the terms of the International Boundary and Water Commission’s Minute 323 — an updated “implementing agreement” of the Mexican Water Treaty of 1944 that established U.S.-Mexico protocols for collaborative management of the Colorado River. Experts agree that new negotiations on the interim guidelines, as well as between the U.S. and Mexico on a new Minute, will be instrumental in shaping collaborative water management for the future, which will no doubt involve serious consideration of climate change projections.

What builders and developers need to know

To get at the "sweeping" nature of this combination, we'll dive into some of each organization's publicly-available SEC documents for perspective.

First-off, it's helpful to know the fundamental trading unit that underpins the value of a D.R. Horton-Vidler combination. That unit, the water measure equivalent of land in acreage goes by the name "water right."

Where water rights get their value and the way they're measured is explained in the Our Business section of the Vidler 10K, dated March 18, 2022, noting:

A water right is the legal right to divert water and put it to beneficial use. Water rights are real property rights which can be bought and sold and are commonly measured in acre-feet ("AF"), which is a measure of the volume of water required to cover an area of one acre to a depth of one foot and is equal to 325,850 gallons. Almost all of our inventory of water rights are groundwater rights (water pumped from underground aquifers or basins) located and governed by the state of Nevada.

Out here in a rock-strewn, desolate sweep of creosote bush and blackbrush called the Tule Desert, there’s a patch of land bulldozed clear of vegetation. Standing in the middle of it is a well called PW-1. It doesn’t look like much; just a 32-inch-diameter steel pipe, painted black and sticking out of the desert. But in heartbreak country like Lincoln County, it’s a beacon of hope.

Over a century ago, the county’s mining towns — places with names like Hiko and Pioche — boomed with the discovery of gold and silver. Now, they’re dirt-poor. The county sprawls across 10,634 square miles, and has just 4,500 residents. Economically, they’re in a straitjacket: Ninety-eight percent of the land is federally owned, so opportunities for private development are limited and tax revenues are woefully small. But PW-1 taps the magical — and most elusive — ingredient in the recipe for economic success in the West: water.

Now, for perspective,  also part of the March 18, 10K filing is a summary list of Vidler water rights and water related assets in Arizona, California, Idaho, Nevada, Colorado, and New Mexico. The company has also developed and operates a water storage facility near Phoenix. The summary of significant water assets, as of December 31, 2021, includes:

Apart from those holdings, Vidler added another array of water assets;

Dorothy Timian-Palmer, president and ceo of Vidler has said:

We believe we have the strongest team in the business with expertise in Geology, Hydrology, Environmental Permitting, Water Rights, Project Engineering, Political Affairs, Transaction Structuring and Analysis."

In a Western U.S. region of basins and ranges, of upper and lower basins and streams and supplies, of cities and towns and prairies and deserts, of residential, and agricultural, and of private and Bureau of Land Management, and Native American properties, water is simply the past, present, and future of this region, and those who lock-up water rights and licenses to trade, own a big say in that future.

But not without complexity – ownership, access, legal, political, and environmental – no single issue is as fraught. Our real estate strategic executive source tells us:

There is no more important issue in the west, and it's the ultimate control on development," He says.  "While there are some commonalities in water law in CA, AZ, NV and CO, each is different.  Not only is it a resource problem, it's super-charged politically. Move water from an agricultural area to a theoretically higher- and best-use, and small towns literally and figuratively dry up.  Inter-basin transfer issues. Rural vs. Urban, growth vs. no growth.

Upper basin states vs. lower basin states. Pricing mechanisms that don't let the market work. Surface water vs. ground water. Seniority of water rights and definitions of beneficial use. AZ is in the worst shape for Colorado River water, but has been the most proactive in its programs, so it acts like it can grow forever.  Environmental activists vs cities (what rights do fish and kayakers have????). The complications are endless.

Now, D.R. Horton, which does about 27% of its homebuilding operations business in the U.S. Western States, and which owns 63% of Forestar Group, which as of March this year reports that it controls – owned and controlled – on the order of 97,o00 residential lots for sale both to Horton and to other builders, has a lock on one of the critical water rights sources in the Western U.S.

Under the terms of the Master Supply Agreement, we [Forestar] supply finished lots to D.R. Horton at market terms and both companies identify land development opportunities to expand our portfolio of assets. Of our total owned residential lots, approximately 21,000 are under contract to sell to D.R. Horton. Additionally, D.R. Horton has the right of first offer on approximately 18,200 of our owned residential lots based on executed purchase and sale agreements

The value of those water rights, those tens of thousands of acre-feet of water access no doubt, will flow first through to D.R. Horton community developments and homes, and then to other homebuilder developers for a price. It'll be a price other builders and developers had better be able and willing to pay, or else all that money they've invested in the ground itself may not have the value they thought it did.