The Rise And Rise Of LGI Homes: A Model Fit For Headwinds

The secret-sauce behind the trajectory of the decade's most high-momentum homebuilding enterprise, and why there's no reason to think it will stop at being a top-5-ranked builder.

The Rise And Rise Of LGI Homes: A Model Fit For Headwinds

The secret-sauce behind the trajectory of the decade's most high-momentum homebuilding enterprise, and why there's no reason to think it will stop at being a top-5-ranked builder. 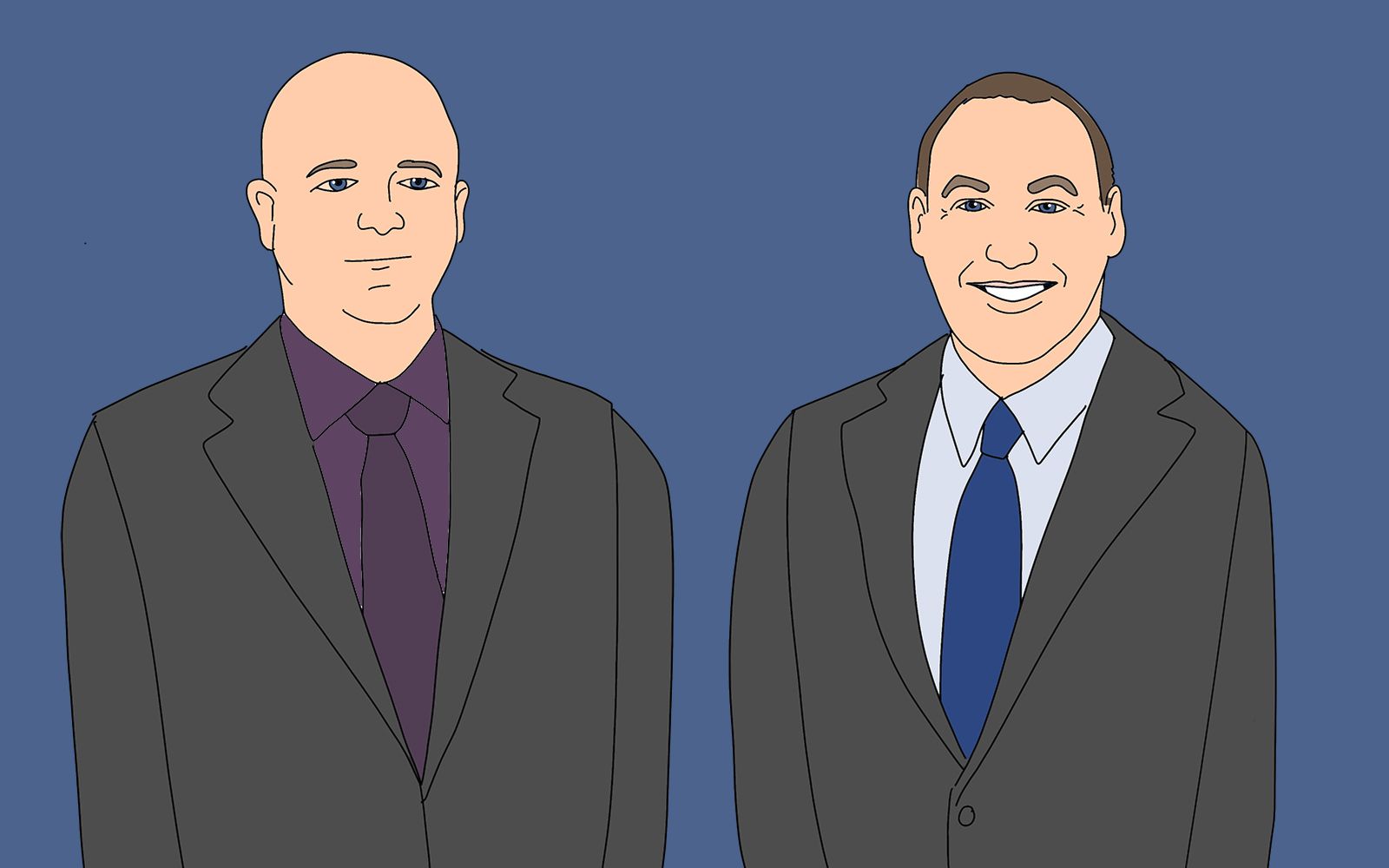 You might think so, but here's a look at how, taken by themselves, events that seem like they have little or no direct relationship may actually connect, powerfully, both in the present and the future. And while it's the future that matters for business owners, decision-makers, and solutions seekers in housing today, it's the present – a gnarly, messy blend of circumstances and outcomes businesses and leaders can control versus what they don't control – that offers opportunity to shape a better future.

That better future means firms whose business model, practices, processes, and products prosper, come what may. This is where and how a one-time warning shot on housing's macroeconomic front right now can interweave with LGI, a homebuilding enterprise forged in the throes of the Great Recession and fit – because of who and what it is and how it does what it does differently -- to thrive, come what may.

LGI – under the leadership of its founder, CEO and chairman Eric Lipar, and a mostly long-tenured talent braintrust headed up by CFO Charles Merdian – is a $2.6 billion model of fitness, come what may. It is a homebuilding enterprise whose sequential algorithmic growth owes to knowing who and what it is, and who and what it is for. Perhaps like no other builder doing business today.

First, let's cover off briefly on yesterday's release from the U.S. Department of Housing and Urban Development and the U.S. Census Bureau, the headlines, and what next to expect on the starts and permits front.

Many, many builders sense no shred of evidence of inflation's impact on demand for all they can produce right now. Hesitancy to take more orders and put more work in process reflects their logical response to – temporary, albeit, who knows whether it's weeks, months, or into 2022 before supply squeezes ease and pricing comes back to earth? – consequential supply chain upheaval, real-time price hikes, and volume allocations that undo their per-home margin models.

What many of them do not believe is that would-be consumers of their homes are any less rabid in their need, desire, and means to buy them. In their eyes, demand strength is and will continue to be "unabated."

Save for a few, who've begun to wonder – even aloud – "have we reached the peak? Our buyers are starting to thin out, now that our pricing has hit the point where we can protect our margins."

This is where the LGI story, and the simple, unvarnished, low-tech-high-touch, operational excellence DNA that sets it apart from nearly all of its public company peers, becomes compelling.

Especially when a rocket-fueled housing market turns into what it does when it turns. Then, analysts, experts, observers will start talking about all of that "pent-up" demand in different terms. They'll start to reflect on the impact of a K-shaped rebound, Federal Reserve stimulus, dirt cheap interest rates, rescue packages, discretionary budgets saved-up, and wonder – maybe it was at least partly "pulled forward" demand.

While homebuilding peers – both public and private – may wind up pointing a finger at their costs to explain "why not" as a reason for home starts, sales, and deliveries falling below expectations in the near or longer term future, Lipar and his LGI team encounter the exact same raw material challenges as reasons for "why" their growth trajectory sustains its upward thrust.

But, LGI's roadmap, its soul, what it – or rather, its people from the top down – gets up every day in the morning to do and goes to sleep aiming to do better the next day, remains so constant you'd think it was formulaic.

And you wouldn't be wrong.

LGI Homes is a systems-based company with an “LGI Way” for everything we do. Our focus on systems and procedures provides employees with the tools they need to be successful and allows for our processes to be replicated in every market where we operate.

The company's buyers – from day one in the outer suburbs of Houston in the dark nadir of the financial and housing meltdown when Eric Lipar and Charles Meridian took on private equity capital to acquire its first tracts of land, to the latest deal to put 3,000 owned- and controlled lots into its pipeline – seek to cross from dream to reality.

LGI has chiseled itself into an organization that, foremost, stands for, operates in, prospers by that delicate, emotional, exuberant passage from dream to the real world of income-to-debt, monthly payment, FHA-lending, and kitchen tables. Its designs, rote practices, by-the-playbook process all comprise what Lipar calls a system, around which he's built an enterprise culture unlike nearly any other building company.

For instance, LGI Q1 earnings posted 2,561 homes, a 40% increase sequentially and a 110% quantum leap year-on-year, at a 27% gross margin, profitability that stands as the envy of most of its public company peers, save NVR. In its communities, operating in 35 markets in 19 states, LGI is settling eight new home deliveries per community per month on average among its 112 to 120 active communities nationwide.

Counter-punching on land acquisition – the Minneapolis-area KenRoe deal reflecting a perfect case in point – has been and continues to integral to LGI's secret sauce – buy low, build fast, with little variation, and with quality the first time, sell on known motivators, and leverage scale, consistency, and discipline with trads. Its land deal calculus, generally, is submarket specific, where LGI encounters few if any counter-bidders, and precisely where its parcels are proximate to ample pools of renters-who-might-be-homeowners.

Its site studies, hurdle rate discipline, and executional rigor take guesswork and speculation out of play and bring accountable, reliable match-making between what buyers want and need and what the company does for a living into a stars-aligning fit.

What's more, this structured, no-room-for-improvisation "way of doing business" had bred a can-do, adrenaline charged culture that sees up and forward as the only direction, come what may.

Here's Eric Lipar as he spoke to LGI's Q1 earnings with analysts:

I think it’s pretty clear that there’s a lot of competition for land. There’s a lot of interest in home building. Every builder wants to increase their premium new account. A lot of single family rental operators are looking for land positions as well. And we’re still finding, we’re still finding deals as evidenced by our own control backlog and what we’re seeing, but we’re also, I think it’s one of the things that we stress and it’s important for our investors to know we’re not going to go out and buy land deals that don’t make sense.

That zone at the lower end of any geography's local economic pricing spectrum – whether its $125,000 in some markets or closer to the $275,000 average selling price LGI now commands – has been where LGI has eaten, slept, breathed, and flourished from the get-go.

It's also where market rate housing's biggest untapped opportunity – even as customer demand based tailwinds turn sharply as they're going to do at some point eventually – lies.

In any turn of market-rate housing's fortunes, that entry-level tier becomes a bastion of homebuilding enterprise health and wherewithal. This business-model-fitness sets LGI in good stead to capitalize where others – thriving now at higher-margin, higher-risk market and land segments – may be vulnerable.

As of 2020, about 2,500 home closings separated four of the top 10 national homebuilders ranked by volume. As of 2020, LGI ranked No. 8, behind Taylor Morrison, Meritage Homes, and KB Home, according to the Builder 100.

As of its Q1 earnings outlook, LGI plans to "double the size of its business" and become a top 5 builder by "deepening positions in existing markets, growing wholesale operations in line with total closings and pursuing selected M&A opportunities where they match business objectives."