Here's what we're hearing from TBD audience members on the question of whether it was Katerra's business strategy or execution that doomed it to fail.

The bombshell shut down of high-flying, over-promising Katerra broke all records for our polling and set the building world abuzz with reflections on whether this dooms technology-driven fixes to construction's inefficiencies, or whether Katerra was a classic over-reach, made worse by being flush with private equity cash.

In case you're wondering, 66% of you said Katerra's demise was the result of poor execution, while 34% said the idea itself was just a bad model doomed from the start.

Here is a sampling of what you had to say, culled both from our poll responses and LinkedIn comments on John McManus' Katerra analysis yesterday in TBD. The whole building world is talking.

It seems like most long term successful companies made money from the beginning of operations, reinvested profits, and grew as fast as the profits allowed. Investing huge amounts of capital, losing money operationally, and expecting to ultimately become very profitable was disproved in the dot com era.

Technology is a disrupter for home building but we can never lose site of the end user of our products. We deliver one of largest investments consumers make in their lifetime. I believe, our industry thrives when we put people first and enhance their experience through technology providing transparency, opportunities to learn and improved logistics.

Taking into account all variables, perhaps residential construction is not as inefficient as purported to be.

I still recall touring the Phoenix facility and thinking it had the nicest lobby of any component plant on earth. Much more luxurious than Clayton’s mobile home plant in Knoxville or Buddy Raney’s in Orlando. Guess which two were profitable?

Too many told me this would happen 18 months ago mostly due to the lack of focus. Sad to see, they were certainly pushing the boundaries on several fronts. Hopefully many will pick up the torch where they left it and continue to push the boundaries.

Attacking one problem at a time with a great innovative solution is the best way to move a large homebuilding industry. We (IBACOS) can do it today in homebuilding by taking their key challenges and really digging deep to find the best way to solve them. It's a lot of hard work but very achievable.

Now roughly ~1000 people looking for new positions in the modular/contech space? Glass half full as far as I am concerned, talent development is our biggest challenge these days.

Beyond drawing any conclusions towards a poor concept/execution, just look at the situation they ended up in over the last two years. Trying to prefab apartments in an era where materials are scarce, labor is scarce, costs are high, and fewer people wanted to live in apartments in the areas that would benefit most from the techniques.

Doing something new is never easy. But before you spend the money your idea has to be thought out very well, and rethought.

Katerra was a great promoter of our industry, there will be many more companies of its kind(maybe less complex in a market that is reluctant to adopt tech) to come. The future of construction is off-site.

I remember the article (John) wrote in 2016 about Katerra and the builder you quoted who had doubts as to the company's viability. I had hoped he was wrong and agree with you that now is not the moment to say "I told you so" but to reflect on what the company contributed to disruption in our industry.

Keep up with the latest and most popular content.

Check out what some of the key voices in the industry have to say.

The Wild, Wild, Wild West Of Water And The Future Of Homebuilding

From Scott Cox, everything you never wanted to have to know about water and what it means to the future of community development West of the Rockies.

HOW MUCH IS THE MILK?

As Inflation Surges, Time Is Money: Here's How Builders Can Cut Both

Our MasterClass series with Ken Pinto focuses on a cause-and-effect approach to reducing construction costs by giving suppliers SKU and lead-time information to optimize their own channels.

It Rhymes With Trouble And Flashes Orange Before It Goes Red

For Frank Anton, the strongest signals in housing are ones that impact a stark 'fundamentals' gap between households' payment power and the combo of asking prices and monthly costs. Data, evidence, action.

Housing's Future: A Young Woman Pioneer's Story Of 'Why'

Thank you for joining along in my mini-entrepreneurship series. I am very grateful for the opportunity to reflect with you on Kit Switch’s journey in The Builder's Daily. 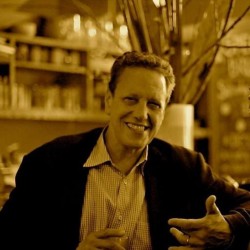