Jockeying for position among homebuilders now -- as builders look to arbitrage suppliers for quick and lasting cost cutting opportunity -- pro dealer giants may presage a more strategic role as a capability solution beyond the downturn.

Jockeying for position among homebuilders now -- as builders look to arbitrage suppliers for quick and lasting cost cutting opportunity -- pro dealer giants may presage a more strategic role as a capability solution beyond the downturn. 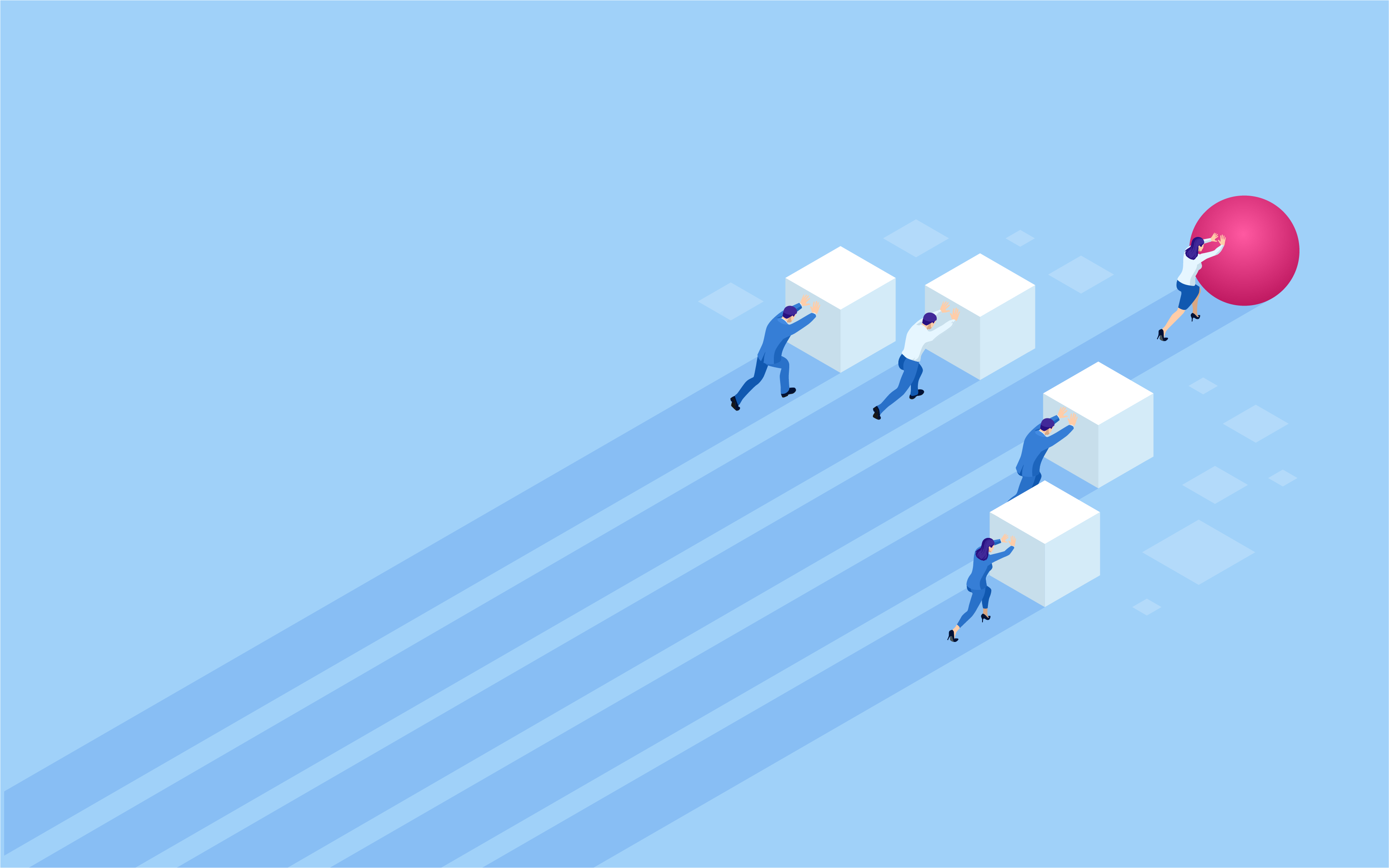 Wall Street and the big banks, with models and algorithms to bet and hedge the future of finance and investment, redouble focus on probabilities as they look ahead.

I think you have to expect that there’s more volatility on the horizon,” [Goldman Sachs ceo David] Solomon said. “Now, that doesn’t mean for sure that we have a really difficult economic scenario. But on the distribution of outcomes, there’s a good chance that we have a recession in the United States.”  – CNBC

Yep, the probabilities in this economy tell you batten down the hatches,” [Amazon founder/former ceo Jeff] Bezos said in a comment attached to a clip of Solomon’s “Squawk Box” interview

Most homebuilding firms – big and small -- don't have the luxury nor the time for focus on the odds one way or another. They've got to do what they do, come what may.

While many of the $1 trillion a year business ecosystem's smaller, less-well capitalized players get whipsawed in the turbulence, the biggest of the fish – among homebuilders, investors, developers, distributors, and manufacturers, alike – will avail of the turbulence, shocks, stress, and distress to flex their muscles and seize greater shares of a shrinking market for greater profit opportunity later.

The biggest of the big have no compunction about summarily trading some of their robust profit margins in exchange for two outcomes, greater marketshare for themselves and a debilitating reduction of business for their smaller rivals for customers.

Here's where on the ground realities trump hypothetical probabilities, and where economic forces accelerate trends – such as consolidation and concentration, hybridization, and the increasingly holistic stacking of operational capabilities into a more streamlined, sensible value stream that leads to home construction and community development.

Hard certainties, real-time, fast-evolving realities, fleeting opportunities amidst steepening risk curves make up the "what-keeps-you-up-at-night?" short-list, most of which compresses the time allowed between decision-making and taking action.

Having to overcome market air pockets forming around consumer payment shock and a widening "falling-knife" psychological wall of worry, homebuilders have little choice but to find "market-clearing" catalysts they can trigger – i.e. price drops, incentives, concessions, discounts, etc. – trading off bigger and bigger chunks of margin to move homes off their balance sheet so that they can limit damage to project and entity-level financing and ongoing access to capital.

A September private homebuilder survey from Wolfe Research suggests that operators project that from 4.5% to 10% of their hard-won gross margin levels in the high 20s percent may be at risk due to cost-of-sales, added construction and materials costs, and other margin erosion factors.

So, while the world of high finance and investment may fixate on the odds of a coming recession, homebuilders have begun leaning more fully into how to offset those margin-squeezing forces, going to whatever lengths they need to in order to protect a minimum tolerable profit – after debt service and all other costs are factored in – to keep themselves viable as going concerns.

Amid the array of rigorous, eye-wateringly tense and trying tactical moves to drive predictable sales pace and keep feeding the machine in compliance with lending covenants and other ongoing revenue generation requirements, cost-cutting skills across the entire pre-start to completion building lifecycle take precedence right now on everybody's priority list.

While the probabilities and odds of just how far the knife has to fall remain in statistical limbo, operators double-down focus on what they can and do control. Right now, that means playing out a complex arbitrage strategy among supplier vendors, a crucial part of how many operators pivot toward lower input expenses. Depending on emerging alternatives, some will exit existing vendor deals that were locked in during a time – less than a year ago – when constraint defined virtually the entire supply chain and unit prices went soaring. Now in the driver's seat as prospects for starts volume diminish, homebuilders are looking to both accelerate their build-cycles for faster turns and more date-specific settlements, and to pay less for materials that have begun to price in an overall weakening demand environment.

Opportunistic players – many of them the largest, most geographically penetrated, and most deeply capitalized enterprises – are showing the first signs of strategic jockeying for market inroads and share gains as builders' interests in more favorable pricing grows keener by the day.

Word is, for instance, that several homebuilders in very active new residential construction and real estate markets have reported the following:

Five times in the past three weeks, homebuilders have whispered to me that they are getting great deals from the Pro Desk at Home Depot and Lowe's. In one case, a builder told me he saved $23,000 on a lumber pack from Lowe's versus Builders FirstSource. That’s huge."

It's no news that the two giants have committed and invested strategic focus on the new residential construction market of builders – large and small – for years to varying degrees. Those investments and strategic commitments, especially facing the higher volume builder market, have fluctuated primarily because those production homebuilding accounts presented a specific set of business challenges in distribution logistics, scale, profit margin, and cadencing.

According to one executive with close ties to both the homebuilding enterprise sector and its distribution channel believes that Lowe's and Home Depot may consider now the moment to encroach on turf Builders FirstSource, US LBM and ABC Supply currently hold, not just to grab share, but to align themselves as beacons of strategic capability as the channel takes shape over the next few years.

Their big challenge in these efforts in the past was the low margins," this executive says. "With access to data and systems they've got now, they may have figured out ways to offset that challenge now."

What's particularly interesting about a prospect that Home Depot and Lowe's might make a move now and during the course of an economically challenging time period goes back to a larger question of capability – in supply chain, skilled frontline workers, bill of materials level data management, hub and spoke technology and fabrication facilities – and its evolving physical configurations in a housing market recovery cycle, say from 2024 through and beyond 2030.

We've been working with Lowe's in several of our operating areas," the founder and principal of a fast-growing multi-regional, single-family homebuilding enterprise tells us. "Particularly as we look to crack the nut on affordability in far out, tertiary markets, the penetration and extensiveness of the Lowe's and Home Depot networks would be a great opportunity, not just for the commodities, which they can secure with their huge buying power, but also with access to handling some of the construction trades management. They're talking to us about some of these opportunities on a local business, and we'd like to see it happen at the pro desk corporate level. They're close, I think. They just need to take it from theory to reality. But I do think they're strategically committed."

So, while homebuilders at present are arbitraging on input cost pricing to help them reach and stabilize a reset that can reignite demand for their homes, the major vendor partners continue to evolve – in both who they are and what they can do – into more fully-scoped solutions providers and out of the business of selling commodities.

Consider this a story in development that will grow as we engage with key distribution agenda-setters on where they're going and what that looks like.

Water supplies for drinking, agriculture, residential, and commercial use are already a "gorilla in the room" issue in planning, zoning, and land-use permitting and approvals meetings in these states and beyond.

We celebrate a life, a career, and a powerfully transformative belief in the regenerative value of 'the discovery of potential need' and the unswerving resolve to fill it.

Water supplies for drinking, agriculture, residential, and commercial use are already a "gorilla in the room" issue in planning, zoning, and land-use permitting and approvals meetings in these states and beyond.

We celebrate a life, a career, and a powerfully transformative belief in the regenerative value of 'the discovery of potential need' and the unswerving resolve to fill it.