Technology and innovation's dual impact is not only on bending construction cost curves with speed, precision, and waste elimination, but in drawing 'new collar' talent into the building fields.

Technology and innovation's dual impact is not only on bending construction cost curves with speed, precision, and waste elimination, but in drawing 'new collar' talent into the building fields. 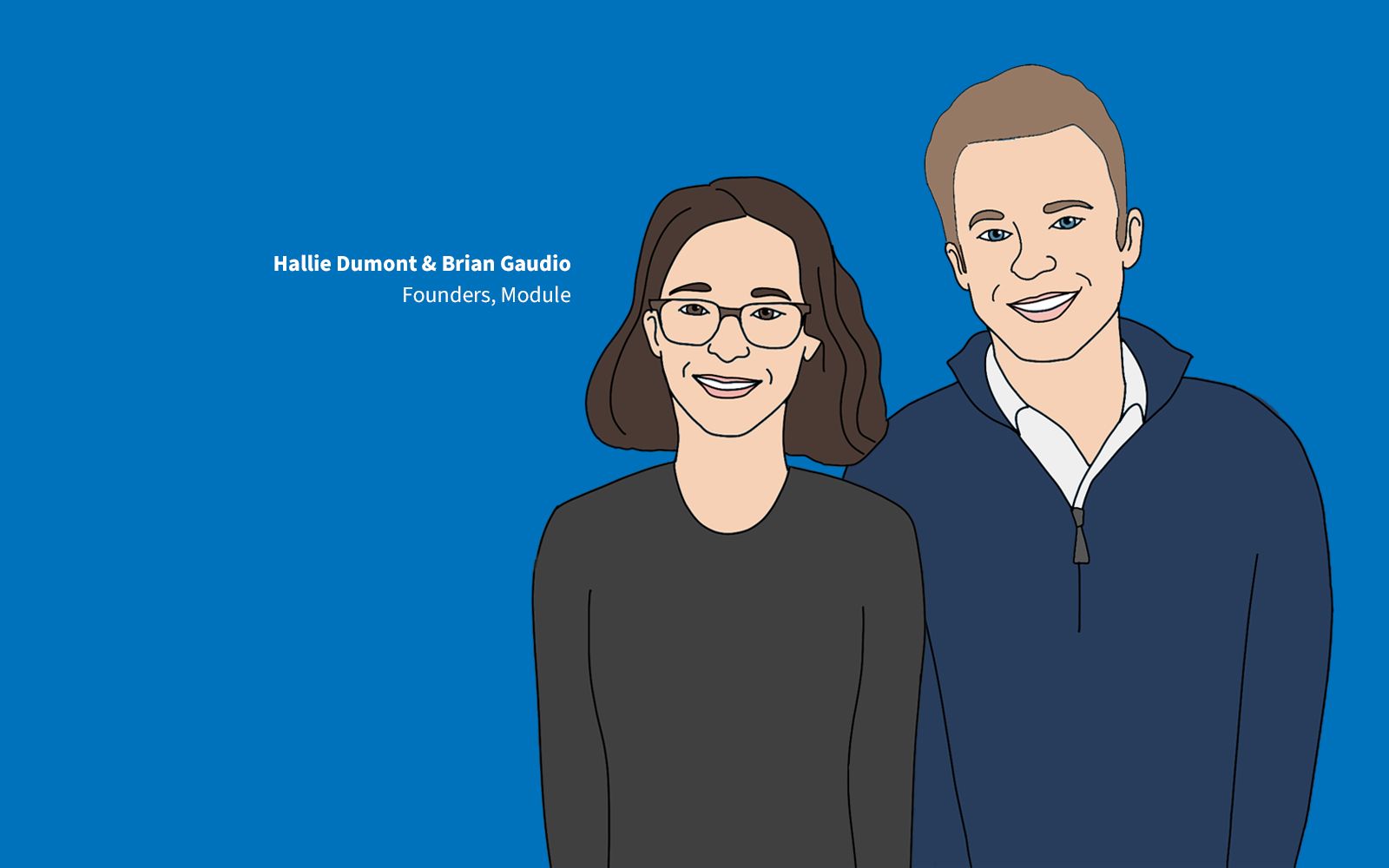 If livelihoods were sports, building homes and communities would be one of endurance. And striving – like elite competitors in ultra-marathon, orienteering, swimming, triathlon, rowing, road cycling, boxing – would be its winners' super power.

Words sometimes sound like what they mean. They're onomatopoeic. The verb, "strive," – whose roots, circa 1200 A.D. are an Old French term estriver, meaning to quarrel, dispute, resist – is one of them. The word itself seems for all the world to have been forged in the souls of people who build homes, neighborhoods, places.

To strive's substance is a mash-up. Struggle, drive, strife, dive, try – terms blended into a delicious cocktail of meaning, function, character, identity. To me, no term better describes an essential nature of people end-to-end, up, down, over, under, and through the building life cycle and value chain that leads to no place like home.

Striving is the coin of the realm of building. What's more, striving's direct linkage to the timelessly and universally valued core need for human well-being – a home, a safe, healthy place to be and grow – confers on building its essential grace, its nobility, its direct connections with faith and spirit.

A powerful fusion – dispute, struggle, resistance, drive, strife, and effort against the grain of conventional wisdom and societal opinion – of unrelenting striving, motivation, and livelihood speaks to a common denominator trait you'll sense strongly among builders that you don't pick up among people in almost any other pursuit.

Stubbornness, whose flip side is the unwillingness to surrender, goes with that striving. It invariably assumes obstacles that need to be overcome. It equally invariably assumes, in the words of Teddy Roosevelt, "nothing in the world is worth having or worth doing unless it means effort, pain, difficulty."

Speaking of carpenters, 39th on a ranked list of exactly 39 "highest paid occupations" in construction in 2021, from among 58 construction trades, and an indefinite number of occupations in "finance, sales, administration and other off-site activities," related to the business of building.

As compiled and reported by the Bureau of Labor Statistics (BLS) Occupational Employment and Wage Statistics (OEWS) and analysis by the National Association of Home Builders (NAHB), carpenters are one of the industry's "most prevalent construction crafts" and their median wage is $48,420.

This means that half of carpenters earn less than that figure, which puts almost one out of two carpenters into the same earnings ballpark as one out of two of every other occupation in America, where the total median wage is $45,760.

The trade requires less formal education. Nevertheless, the median wages of carpenters working in construction exceed the national median. Half of these craftsmen earn over $48,420 and the highest paid 25% bring in at least $62,370.

So, one out of four carpenters – many of whom trained for three years or more to earn their occupational stripes as carpenters, have been plying their trade for two to three decades, imparting their experience and insight on more junior crew members on the job sites, and, in an increasing number of situations, the single-point of failure on a job if they're not at it each day – makes upwards of $62,370.

By contrast, median salaries for people in information and computer technology occupations range in the $97,000s.

Here's another newsflash, "new collar" is the new "blue collar." What this means is that the power of attraction the construction fields need to exert in order to reverse its slippery slope tide of attrition, is shifting even more unfavorably. That is, even young adults without college educations and advanced degrees – the traditional pool of candidates for the building and construction occupations – are getting drawn into opportunities in tech fields.

The workers who made the “new collar” switch skews about 67% male and 77% between age 25 and 44, according to the Oliver Wyman poll. Sixty-seven percent live in cities and 70% describe themselves as optimistic about their career prospects.

Many said they made the pivot because the pandemic made them realize they value flexibility over when and where they work. Although fewer of them said getting paid more was a priority, most new-collar workers find that their compensation has grown.

Here's how the newsletter, The Hustle recaps this trend, and it's sobering implications for a construction industry already plagued with an undersupply of skilled workers.

The trend was sparked by a simple equation:

More tech jobs are available as technology injects itself into every industry.

Fewer workers: The pandemic kicked off the Great Resignation, leading many people to quit or switch jobs, and leaving tech companies desperate for hires.

This gap created an opportunity for front-line workers to make a career change and benefit from the flexibility, upward mobility, and higher pay the tech sector offers.

In simpler bygone times, occupation was a narrow field for most people who needed to make a living. That's not the case now.

Homebuilding and construction's power to attract people into its value-making has reached a crossroads. No longer are the levers of pan-generational vocation, nor the levers of profoundly limited opportunity in more enriching fields, nor the levers of robust vocational and apprenticeship training in the construction field working mechanically to steer teens and 20-somethings into this field.

The power of attraction, and only that power, would counteract an inertial death spiral that puts the entire $3 trillion residential real estate and construction space at risk if it can't answer a resounding 'YES' to the following three questions.

Now, many know that the reality for some is, in fact, a resounding 'YES' to each of those questions.

The power of attraction – never static and never really capable of taking on a life of its own without constant vigilance, constant refreshing, and constant striving – need to deepen, and spread wider, and intensify.

That's why it's heartening to hear of programs that repair the fabric connecting people and their nature as strivers and "new collar" workers to opportunities and livelihoods in construction.

Here's two instances – of many that have started to crop up – of such programs aimed at igniting the power of attraction, spreading the word wider, and intensifying its level of effect – working to repair the fabric of that connection.

The Last Mile Lab is step one in our effort to create more jobs in the region and bring about positive change in the industry. At the Lab we can invite collaborators from the industry to test better ways to build, and foster a culture of inclusivity through training and education.” Brian Gaudio, CEO of Module

Carpenters, meanwhile, should not be at the bottom of any list of construction occupations, even if it's a list of the "highest paid" such occupations. As much as any human beings in this value chain whose work makes new homes, repaired homes, and invented and refreshed communities come into being, carpenters carry that super power – striving – that makes the livelihood noble on a grand scale, and intimately meaningful for somebody, anybody in his, her, or their home.

M.D.C. Pulls Out Of $117 Million Deal To Buy The Jones Company

The Denver-based public company chose to terminate its agreement to acquire the Nashville-area local powerhouse. Here's what's going on and what it means.

Is there a housing shortage? Let us count the ways. Let's also focus more on who exactly would benefit from solutions to the underbuilding crisis.

Private sector residential real estate and construction leaders now — as always — have to both secure the business' future, and, to do that, secure the present. Their best people are key to both.

M.D.C. Pulls Out Of $117 Million Deal To Buy The Jones Company

The Denver-based public company chose to terminate its agreement to acquire the Nashville-area local powerhouse. Here's what's going on and what it means.

Is there a housing shortage? Let us count the ways. Let's also focus more on who exactly would benefit from solutions to the underbuilding crisis.

Private sector residential real estate and construction leaders now — as always — have to both secure the business' future, and, to do that, secure the present. Their best people are key to both.