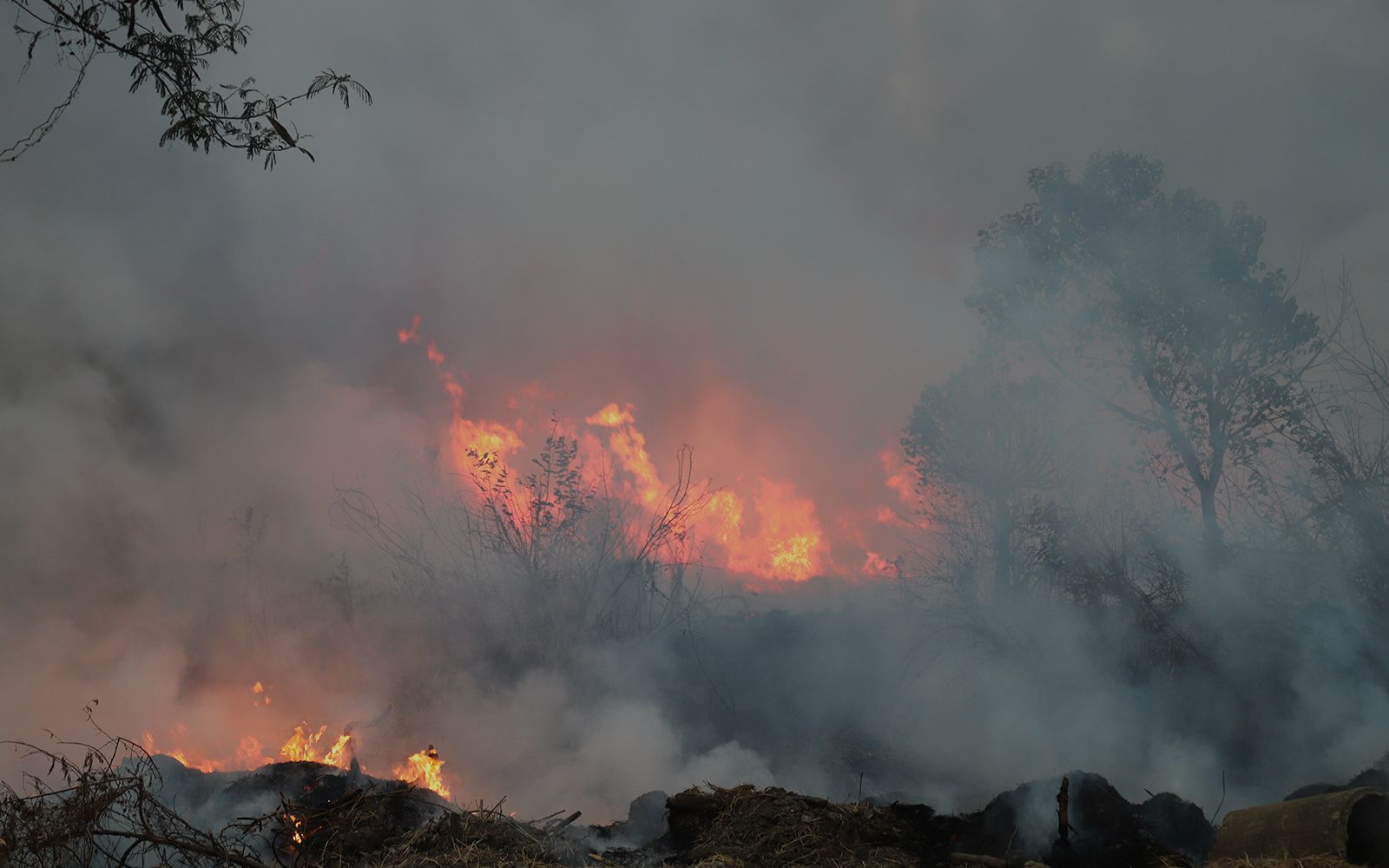 Jobsite health and safety for residential construction's estimated 3 million builders and residential specialty trade contractors isn't what it used to be.

A glimpse at just about any news outlet you pick this morning shows one big reason why.

The last decade was hotter than any period in 125,000 years. Not only that but atmospheric CO₂ is now at a two million-year peak. Consuming fossil fuels has combined with agriculture to push methane and nitrous oxide—also greenhouse gases—to records for at least the last 800,000 years.

A related issue, you can see here, a snapshot from this morning of the National Oceanic and Atmospheric Administration's "forecast for near surface smoke" from Western Region wildfires, currently burning in California, Oregon, Washington, Idaho, Montana, and Canada.

To go with unprecedented heat, climate-collapse-related poor air quality is a job-site safety and health factor never before recognized as an issue.

Levels of the two most important anthropogenic greenhouse gases, carbon dioxide and methane, continued their unrelenting rise in 2020 despite the economic slowdown caused by the coronavirus pandemic response, NOAA announced today.

Which makes it all the more a real-world matter that the National Association of Home Builders should be urging its members to participate in OSHA’s Safe + Sound Week, which celebrates and promotes successes of workplace health and safety programs, from today Aug. 9th to Sunday, Aug. 15th.

The other issue points directly at OSHA, and its failure – not just now, but chronically – to protect the well-being of workers on job sites, especially in light of climate change impacts on workers' health and safety.

"Regulators refuse to step in as workers languish in extreme heat," a probe into these chronic failures, and the challenge of tapping political will and legislative context to create a baseline of worker productions in fields like construction, reported by Politico staffers Ariel Wittenberg and Zack Coleman, is a must-read for housing's leaders here.

Laborers are particularly vulnerable to heat due to the strenuous nature of their work. Physical activity makes it difficult for the body to cool itself down, which gets dangerous when temperatures and humidity rise. The results of overheating can range from dizziness, nausea, vomiting and a fast heart rate to deadly heat stroke. Heat can exacerbate preexisting respiratory and heart conditions, and it can hit lower-income workers particularly hard if they’re less able to afford to run air conditioning on hot nights, straining their bodies during restless sleep.

Some sectors face starker dangers. Construction workers are just 6 percent of the American workforce while accounting for 36 percent of all occupational heat-related deaths.

One of the issues here, of course, is that like real estate itself, climate is local, so quantitative baseline criteria in one climate region don't necessarily serve as protection or else do not become necessary in others.

The bottom line here is that there are at least two leadership issues here.

One is that private sector enterprises – and their chain of command – are a critical near-term dimension of protecting worker-team members today, from risks and acute threats on jobsites today. Wittenberg and Coleman note:

NIOSH’s report shows that providing workers with rest and shade at increasingly frequent intervals as temperatures rise can save lives. So, too, can acclimating workers to the heat by gradually increasing the amount of time they are laboring or the intensity of their work in high temperatures. NIOSH further recommends that employers take peoples’ preexisting health conditions into greater consideration. That could mean assigning people at greater risk less strenuous tasks on hot days.

The other issue zeroes in on the macro challenge residential construction faces with respect to engaging, recruiting, training, nurturing, and growing skilled workers and talent for today's and tomorrow's building business opportunity.

Housing's leaders – in light of this human capital challenge – await the grinding wheels of regulation that will impose health and safety measures commensurate with more adverse climate conditions, or they can get out ahead of new regulated standards and mandates, and take the lead.

During OSHA's Safe + Sound Week – which the NAHB is encouraging all its members to embrace – it may serve housing and construction leaderships well to think about this:

Gregory Wagner, who helped write NIOSH’s heat recommendations and now is a professor at the Harvard T.H. Chan School of Public Health, agreed that heat stress is a complex hazard for regulators to handle given all of the different factors that play into risk — but that doesn’t mean it’s not necessary.