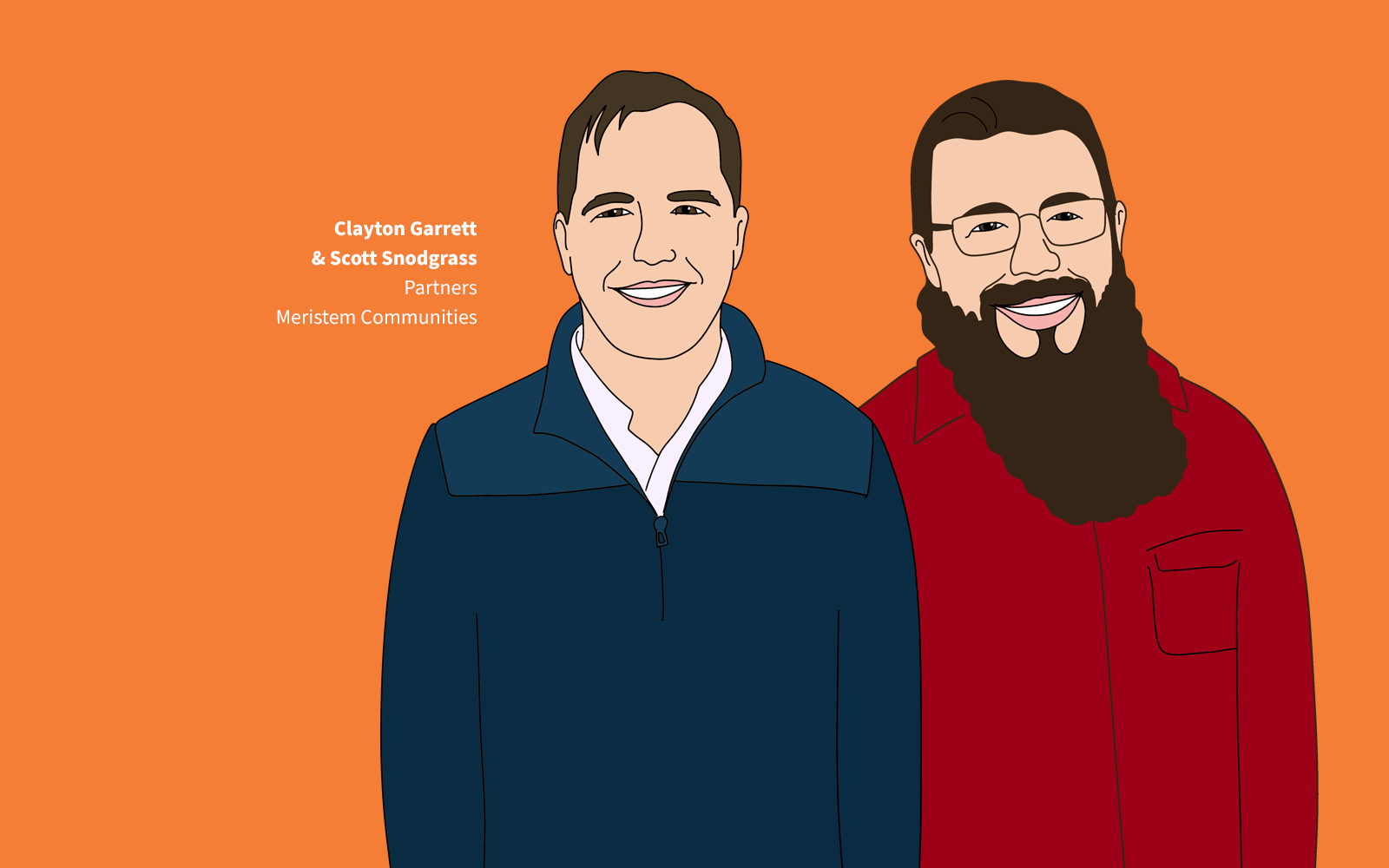 They are the crop of perhaps 5,000 "Coming Soon" new homebuilder communities, neighborhoods, and subdivisions, all bought, developed, planned, and ready for their Grand Open close-up moment.

They're due to come online for active selling roughly now through mid-year 2023. They were penciled "back when" with the greatest of expectations. Now, about to start their active-selling phases, they carry homebuilder and residential developer partners' highest hopes to steady and perhaps reverse selling trends that are down 30% already from where they were the same time a year ago, and still falling.

As they do come online, what will set one new ribbon-cutting apart from another? At a moment of indefinite duration and unclear severity, a cloud of challenge and unknown obscures all but the nearest of near futures and casts a pall of risk over nearly one and all of them. Will exceptions to a rule of struggle over the next six to 18 months pronounce themselves as the case-studies in what worked when so little actually did work?

Will those new communities that do wind up achieving a pace of sales at a price-point builders and developers can profitability sustain, will the winner(s) do so as a function of cracking the secret code of pricing in more buyers currently priced out? Or rather, will it owe to having instead raise buyers' experience of  value to the point they'd feel inoculated from further property price declines should they choose to buy now?

Likely as not, conferences and meetings early in 2024 will highlight business cases of outlier success in the current business chapter that is still evolving, and devolving into a tougher and tougher selling environment. Theories abound now as to what will work and what won't in an adverse stretch of time we don't even know the full scope of right now. The pulse of the macro economy itself and its support of jobs, job growth, income growth, geographical mobility, and a full-stack of business sector health signs will be the ultimate determiner of how things fare widely.

Until then, it will be the outliers, new communities with that certain something that stands out. The pressure's on. They'll either gain distinction as an exceptionally more-attainable product line that can offset some of the mortgage interest rate and pricing trends that have consigned so many would-be buyers to the sidelines, or as a compellingly-high value positioning that can assure buyers still active in a discretionary mode that their investment can truly withstand further deterioration in the broader market.

In that context, we'll take a look at the imminent unveiling of a community that might well stand out for its ability to launch into strong headwinds, and rather than buckle under their pressure, hold up as an outlier.

The Builder's Daily has learned:

Meristem Communities, a Houston-based real estate development firm committed to creating Places for People™, has announced Indigo as its inaugural neighborhood projected to open its first of three phases in December 2023. Designed with an inclusive, people-first approach, Indigo will span 235 acres in Fort Bend County, Texas with a focus on creating resilient residential life, work and leisure.

What sets the project apart is the place's positioning – a few miles southeast of the Houston metro area – as one of a number of agrihood communities promising a deeper connection to the ground itself, and its pedigree as a first go-around for a pair of newcomers to the world of masterplan community development.

Upon its phase one grand opening, Indigo will offer eight different home product types built by homebuilder partners David Weekley Homes, Highland Homes, and Empire Communities. Once complete, approximately 650 for sale homes and up to 100 rental residences will populate the neighborhood.

What Builders Need To Know

One thing for sure is that Clayton Garrett and Scott Snodgrass, the two partners at Meristem Communities who cultivated, seeded, and brought Indigo into being, picked a helluva time to be beginners in a time of heavy-going headwinds and turbulence the likes of which are testing the mettle of even the most wizened and canny of new residential construction and real estate players.

And the thing is – like some of those now-familiar power players who started their firms in the darkest days of the Great Financial Crash and housing depression of 2007-through-2021 – Garrett and Snodgrass be--lieve that there's no better time than now, not only to begin bringing their brainchild to life, but to be a beginner on the learning curve of residential placemaking writ large.

In the beginner’s mind there are many possibilities, but in the expert’s there are few." ― Shunryu Suzuki, Zen Mind, Beginner's Mind: Informal Talks on Zen Meditation and Practice

Garrett and Snodgrass ascribe in full to the "Beginner's Mind" mentality, not out of a sense that others' expertise is not worth building on, but rather from a belief that all of that expertise has – to date – left potential residents' needs unmet. The Meristem founders teamed with an award-winning partner lineup – DAHLIN Architects, CultivateLAND landscape architecture,  John Burns Real Estate Consulting's Ken Perlman, Teri Slavik-Tsuyuki's tst ink, Belinda Sward Strategic Solutions, and KANTAR's Mindbase national marketing knowledge base – to go to school on making an impact among consumer households and prospective buyers and renters in a highly competitive Houston-area marketplace.

We started as outsiders in the industry, and – perhaps because we owned the land -- we were able to start with a larger project ambition relative to people who are new to the industry," Clayton Garrett tells The Builder's Daily. "It was our desire to push on some of the boundaries in design, in planning, and in connection to the space of what's so predominantly done in this area. The 'beginner's mind' allowed us to level-set what people really preferred from a livability, engagement, and preference standpoint."

At least two fundamental dimensions of Meristem's Indigo plan set the entire project apart from what generally works fine as a sea-of-sameness in the wider Houston-area marketplace: The community's agrihood-with-an urban twist, and its portfolio of home designs. More on that from the Meristem statement:

Developed with a perspective that will appeal to the area’s diverse demographics, Indigo’s point-of-view is distinct and earnest, giving voice and real representation to people who may not typically have it. Human-focused planning is paramount to the decision-making process at all levels of Indigo’s developmental process, ensuring all aspects of the neighborhood are designed for humans to thrive. Knowing that people need a wide range of human and environmental interactions to live well, within Indigo these interactions are designed into the built environment in a manner that makes them a natural component of everyday life.

Intermingling the best of modern urban living with the bounties of nature and its many abundant resources, Indigo will evoke a unified neighborhood with reverence for the land on which it’s built. More than 50% of the community will be dedicated open space with linear pedestrian parks that connect neighbors to each other and the community core. ...

... The home collections at Indigo will harken back to familiar architectural styles that have been reinterpreted into new forms, shapes, materials, and colors exuding a transitional, modern, and contemporary flair. The design philosophy plays an important role in facilitating a diversified mix of architecture spanning agrarian, farmhouse, ranch, and contemporary elevations.

Indigo will harmonize the home ownership and rental experiences to stimulate inclusive livability.

Snodgrass says that Indigo's focus on providing living arrangements for all life stages and family formations will tap a diversity of cultural heritages that exist within the Houston metro area.

Clayton and I have long been working in our careers on the fringes of the businesses we've lived in," says Snodgrass. "We leaned into that curiosity as we approached this project as newcomers. If we hadn't started the project when we did – when the market was on fire and we were able to sign up and go to contract with private homebuilders with really strong local teams who could make decisions on their own, and explore product types and layouts that are unusual for around here – we wouldn't be one of the only ones in the market selling livability to a consumer who told us they'd trade-off square footage for more outdoor space."

For all ages, farmers and residential developers share common ground in livelihoods whose value cycle starts from the ground up.

To be good at either or both – literally causing and sustaining growth in agriculture or new community development – requires human gifts that draw life and resiliency from a shared tap root.

We even get the word humility from its Latin roots in the ground.

Striking a balance of elevated value that comes across in the feeling of the place and a series of mindfully densified home plans and attached configurations that can hold prices to within reach of many younger and downsizing adult household budgets, the Indigo project could blend what takes to stand out for its ability to generate and sustain sales in a tough market.

Our plans took shape around the drivers toward that urban-rural blend of connection to both people and convenience as well as the land," says Snodgrass. "The building square-footages and lot sizes allow us to make the price-points quite attainable for the area. This makes us look smarter than we were when mad the decisions. We maybe got lucky that way."


How Builders Always Manage To Do What's Easier Said Than Done

At the trailhead of a fresh barrage of business challenges, leaders dig deep for character, competence, cash reserves, and resiliency for the staying power to be there for customers when markets inevitably improve.


How Builders Always Manage To Do What's Easier Said Than Done

At the trailhead of a fresh barrage of business challenges, leaders dig deep for character, competence, cash reserves, and resiliency for the staying power to be there for customers when markets inevitably improve.