Path of growth land positions — once the vast realm of broken deals and distress — are pencilling for development. Local community engagement will determine which builders overcome entitlement risk ... and which ones don't.

Path of growth land positions — once the vast realm of broken deals and distress — are pencilling for development. Local community engagement will determine which builders overcome entitlement risk ... and which ones don't. 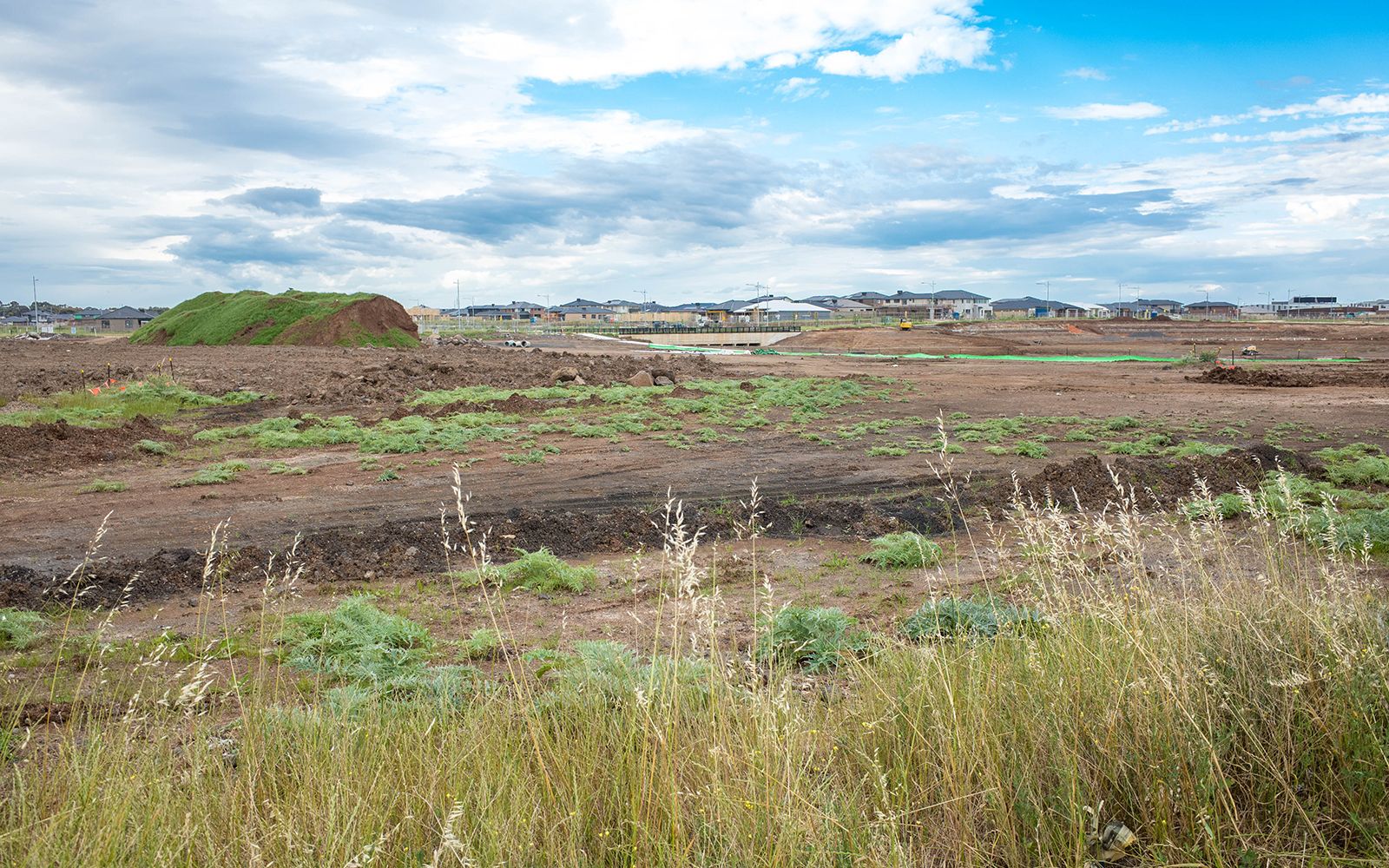 Anti-growth – a.k.a "responsible growth" – is catching. The clock is always ticking on the next moratorium on residential development. The clock also ticks – on a trajectory of intensifying risk – for capital put in place, or about to be, in city and county jurisdictions that have not quite made up their mind whether they welcome streams of would-be newcomers or not.

Residential builders and developers' chronic feeling that the walls have been – and are going to continue to be on an accelerated basis – closing in on them is not their imaginations.

At one recent national real estate conference, a high level executive overseeing one of the most expansive single-family built-to-rent devel0pment operators in the nation said:

As of now, the Number One risk we face to our business is the emergence of new local ordinances restricting land-use to exclude what we do."

A countdown that would cover B2R and virtually any other newly planned single-family subdivision construction -- from now to January 10, as we speak – was set in motion as city planners in Rock Hill, S.C., encouraged the Rock Hill City Council to make a six-month "pause" in residential permitting final, albeit it's already effectively in place already.

The refrain – local officials' rationale for the development moratorium in this York County, S.C. city, one of the nation's fastest-growing new housing markets in the nation – sounds familiar.

The moratorium would be in effect from then until six months after that,” said Leah Youngblood, city planning and development director. Youngblood offered two reasons for the moratorium on Tuesday night. There have been many home and townhome subdivision requests in recent months, she said. Some of the existing standards for development, she said, don’t reflect the intent of Council.

York County and the town of Rock Hill are hardly alone. Moratoria have been around for scores of years, and both their intentions and their impacts undergo constant scrutiny. The bright lines that separate the need to adapt best-practice urban planning to accommodate and keep resources in pace with population growth in a community, and that community's landowners fear of new streams of strangers making themselves at home there are delicate on a good day.

Assertion: Local community engagement, activation, and adoption – fusing builders', investors', and developers' business interests with incumbent residents' economics, social and cultural fabric, and resources infrastructure – will become a core strategic bulwark, and a differentiator of who wins and who loses ground by 2030. Developers – today seen among local inhabitants and the officials they elect into local offices and agencies as "the enemy" – will need to learn what it takes to partner, to commit, and to live in the communities they want to develop and build.

What builders and developers need to know

A shrinking – already finite – potential land resource signals an endgame such as the one homebuilders and residential developers in markets such as Japan and many parts of Europe have encountered. The way out of diminishing returns – on the land and lot pipeline front – is the way into cities and towns in need of adaptive reuse, infill redevelopment, and repurposing industrial, commercial, and institutional tracts.

The 2020s will mark an inflection point that reflects both a push – once again – to path-of-growth community development expansion stretches resources farther out in urban areas' concentric rings, and at the same time, a tug of opportunity inward for those who solve for replacement and reuse of existing structures.

For both of these opportunities, builders and developers will have to adapt and reorganize and focus mastery on the areas of local community engagement to win support organically rather than excelling at neutralizing opposition.

This is not to condemn localities and their resident and local official stakeholders in their efforts to preserve character, sustain value, and ensure local resources – law enforcement, fire safety, water and sewage, health, education, roads, sanitation, etc. -- match up to population growth rates. Zoning – particularly in periods of real estate dynamism like now – is complicated and, for local residents and their elected and appointed officials, often no fun.

Given the time required to adopt an interim zoning ordinance or amend an existing ordinance, local governments occasionally want to take more immediate action to put a hold on proposed projects or maintain the status quo while new regulations are being considered or new public improvements are put into place. Final decisions on major land-use policies should not be made hastily. The complexity of the issues, their controversial nature, the time required to conduct adequate studies and prepare plans, and the need to allow broad public participation in the debate mean that a careful and deliberate course often needs to be followed by the local government. Yet there may well be a need to keep problems from worsening during this period of consideration. The most frequently discussed means of securing this "breathing space" is adoption of an ordinance establishing a moratorium on certain approvals, or adoption of a resolution directing the local government's staff to cease processing applications for certain approvals.

The issues that arise when noise, traffic, crime, trash, safety hazards, schools, water resources, road conditions come into sharp focus as equivalencies in a resident's experience to the demise of his or her or their home town's ineffable character or spirit are two-fold.

One issue is timing. Demographics, a strong economy, historically favoring interest rates, and a pandemic have ignited a crush of demand. That demand includes those with plenty of wherewithal, those who can pull the means together, and those on the borderline, who may or may not make it into the demand pool, but not for lack of trying. Available homes – new or used – are in short supply in the places that match up most with the aspirations and motivations of those who are in this pool of buyers and renters and would-be buyers and renters. The time is now, and the clock is ticking on that demand. Too, capital by the billions of dollars is heat-seeking yield in the safe-haven of real estate investment – predicated on rising rents and the ongoing scarcity of housing options. Thing is, that capital is on the clock as well, as investors in each of those funds have big appetites for returns.

The other issue is cultural: identity and place. People grow attached to their homes and any force that stands for a potential change, a possible threat, or an unfamiliar condition is regarded with suspicion. When it comes to strangers of any nature, people naturally revert to fight-or-flight mentality. At the municipal level, this amounts to opposition, activism, and a cling to their rights to self-determination and home rule.

If homebuilding and development leaders know about anything, they know about local community.

"Community" as an English word arose in the late 1300s, and it then referred to

a number of people associated together by the fact of residence in the same locality," also "the common people" (not the rulers or the clergy), from Old French comunité "community, commonness, everybody" ... which, in turn, derived from Latin, from communis "common, public, general, shared by all or many."

We should also focus on the term "local," as that term gets paired often with the word community when it comes to either welcome or hostility toward potential residential development initiative. As a matter of fact, its use emerged in the English language at the same time the word community did, in the late 1300s.

pertaining to position," originally medical: "confined to a particular part of the body;" from Old French local "local" (13c.) and directly from Late Latin localis "pertaining to a place," from Latin locus "a place, spot"

Our take is that the skillset of homebuilders and developers – sooner than later – will need to evolve so that local community stakeholders become essential equity value partners in a builders' business. This would extend both before, during, and after a financial transaction. In fact, it would be a sustaining relationship, good for both the private sector builder and developer, and for the local community.

This will change the rules of the land game by 2030 or sooner.

As builders and their partners search and vie for visibility and predictability in early 2022, true north will point to fewer, larger mega platform master plans and land banks. Here's a case in point.

No. 10 among trends that will transform homebuilding by 2030: Adaptation -- in an era defined by a pandemic virus that shows no sign it will stop making all the rules -- will reignite migration and redefine 'location, location, location.'

Here's No. 4 in TBD's countdown of 10 trends that will change homebuilding forever: a game-change in measures of success.

As builders and their partners search and vie for visibility and predictability in early 2022, true north will point to fewer, larger mega platform master plans and land banks. Here's a case in point.

No. 10 among trends that will transform homebuilding by 2030: Adaptation -- in an era defined by a pandemic virus that shows no sign it will stop making all the rules -- will reignite migration and redefine 'location, location, location.'

Here's No. 4 in TBD's countdown of 10 trends that will change homebuilding forever: a game-change in measures of success.