Eli Broad, RIP — TBD salutes the achievement, force of will, and fearless focus on an unmet need among working households for a shot at the American Dream of one of building's legends.

Eli Broad, RIP — TBD salutes the achievement, force of will, and fearless focus on an unmet need among working households for a shot at the American Dream of one of building's legends. 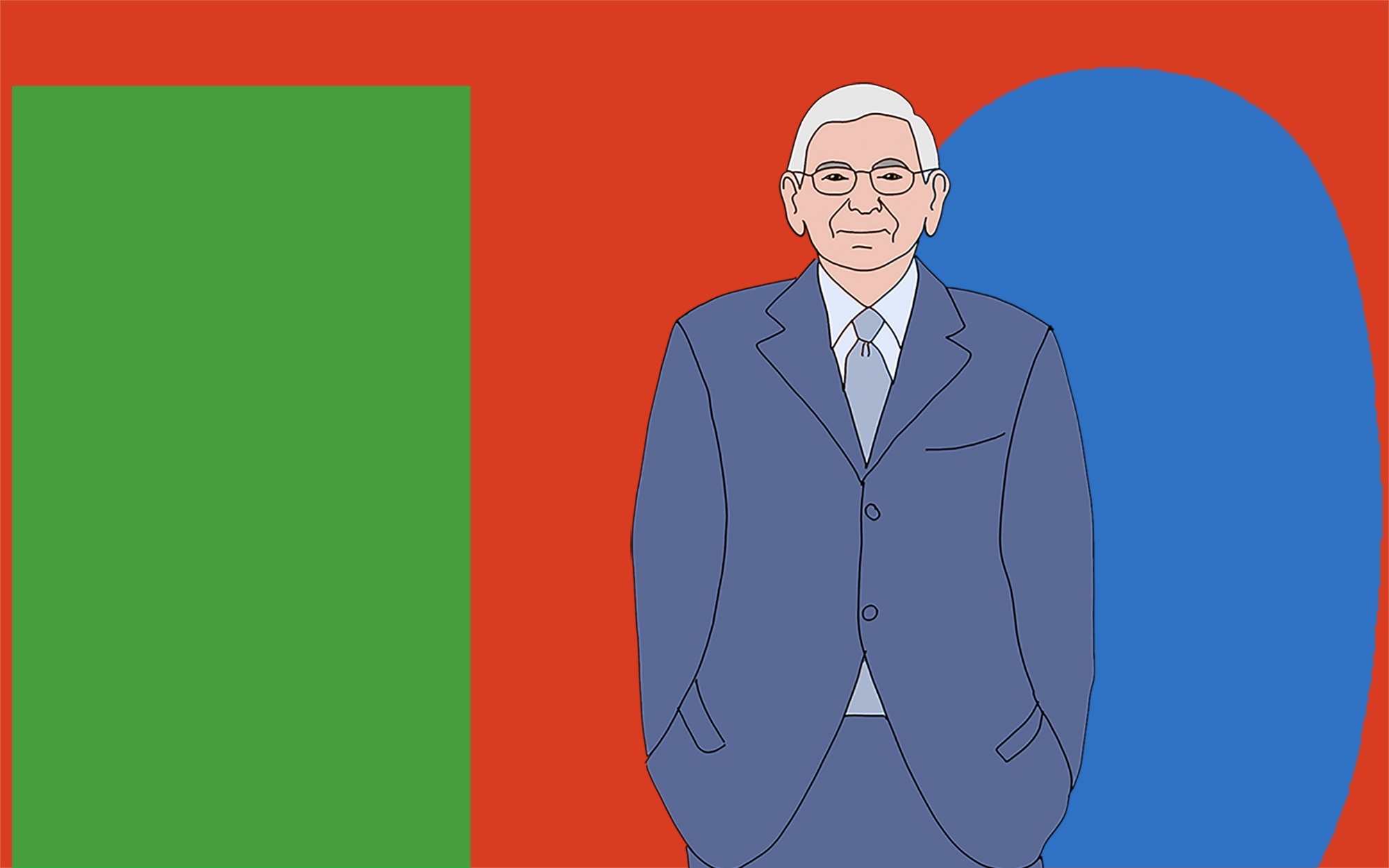 Eli Broad – rhymes with road – was born June 6, 1933, the only son of Jewish Lithuanian immigrants, Leon and Rita. His dad earned a living painting houses; his mom worked as a seamstress.

From early childhood in the South Bronx in New York City to Detroit from age seven on, Eli heard over and over, in some form or other, the words, "you can't do that."

Like when, at 13, he went solo to a stamp show at downtown Detroit's Chrysler International building, and made off with a 100-stamp stash for $1.95 that would kick-start an entrepreneurial juggernaut. That unstoppable resolve, an instinct simply to stop heeding someone who'd say, "you can't do that," included starting-up and growing two enterprises in two different industries into Fortune 500 business sector leaders. It was resolve fueled by a superpower.

His background and academic discipline out of Michigan State University was accounting and economics and his proclivity – proven in serial entrepreneurial ventures to self-fund his education – was face to face sales.

His superpower, however, was a blend of no-quit and a spidey sense of unmet need. Among the first things he built was character, forged in solitude, with a healthy disdain for dependence on the approval of others.

Sound like a familiar trait in this singularly character-, resolve-, and determination-driven livelihood of builders and developers?

Broad – who at my age of 66 – segued out of full-time building billion-dollar enterprises and over to a heart-mind-and-soul plunge into philanthropy, supporting culture and arts, education and science.

From the time – at age 23 – he and Donald Kaufman, a friend and relative via marriage, started building homes together in Detroit in 1957, that superpower fusion of no-quit and a keen sense of an unmet need led to an inventive approach to a solution for affordability:

Through meticulous research, he discovered that homes without basements were already the norm in Ohio and Indiana. Homes in those states no longer needed a basement to stockpile coal because they came with gas heaters. Cutting out the expensive and time-consuming underground construction, and adding a carport and utility room, he called his first home model “The Award Winner,” even though it had won no awards. He and Kaufman built two of the models and optioned 15 more lots. Rival homebuilders were convinced the young upstarts (Eli was 23, Kaufman, 33) would fail. But in January 1957, on the first weekend of sales—which Eli spent on a road trip, too nervous to stay in town—all 17 plots sold.

Kaufman and Broad earned $1 million in its first year of business. By 1961, the company had begun a nationwide expansion and gone public on the American Stock Exchange. In 1963, the company, and the families behind it, moved to Los Angeles for its booming real estate market and agreeable weather. From its new headquarters, Kaufman and Broad became the first homebuilder to issue its own commercial paper and to sell the now-ubiquitous California dwelling, the town home, inspired by the row houses of the East Coast and sold at affordable prices for middle-class families. By the end of the decade, Kaufman and Broad had operations across the country and in Europe, and it had become the first homebuilder to be listed on the New York Stock Exchange.

What other large homebuilding enterprises have mastered today – geographical and product line diversification, high volume efficiency, an operational and strategic that triggers attainability and customer focus, and not to be ignored, creating a culture of leadership who streamed best practice, consumer insight, and operational know-how into production homebuilding's circulatory system – started with Eli Broad. In some people's minds, KB Home was homebuilding's first academy of leaders, and many of them share Broad's healthy disdain for those who're so often apt to say, "you can't do that."

At every turn, he lived, slept, and breathed a walk to the beat of a different drummer, mostly defying the naysayers everywhere. He'd say:

If someone can't give me a good reason why you can't do something, I find a way to do it.

His third career, as a professional and strategic and ferociously-committed appreciator and giver to arts, science, social impact, and educational programs sealed Broad's legacy.

He'd write in an op-ed piece for the New York Times:

Two decades ago I turned full-time to philanthropy and threw myself into supporting public education, scientific and medical research, and visual and performing arts, believing it was my responsibility to give back some of what had so generously been given to me. But I’ve come to realize that no amount of philanthropic commitment will compensate for the deep inequities preventing most Americans — the factory workers and farmers, entrepreneurs and electricians, teachers, nurses and small-business owners — from the basic prosperity we call the American dream…Our country must do something bigger and more radical, starting with the most unfair area of federal policy: our tax code…

More people know him for his humanitarian and cultural impact and his huge mark on the character and culture of Los Angeles than as a pioneer in bringing homes to people who – were it not for his inventiveness – may never have had a shot at the American Dream.

Like so many of the souls you'll find in the residential real estate and homebuilding world,  big, messy challenges – like inequity, climate collapse, health risk, and economic shock and stress – are doorways to shine and stand apart by refusing to listen to "you can't do that."

Unreasonable, for Broad, was a virtue and a force of nature in all matters of success.

Research – and using what you learn from it to analyze every situation – is what separates being unreasonable from being irrational.

We are deeply saddened by the passing of Eli Broad. As the founder of our company over 60 years ago, Eli Broad was a passionate & innovative entrepreneur, leaving an indelible mark on @kbhome. He had a vision for affordable, quality housing & we are honored to continue his legacy.” Jeffrey Mezger, KB Home Chairman, President and Chief Executive Officer.

Broad, like one of the good things that seems never to change in homebuilding, never put much stock in being told, "you can't do that."