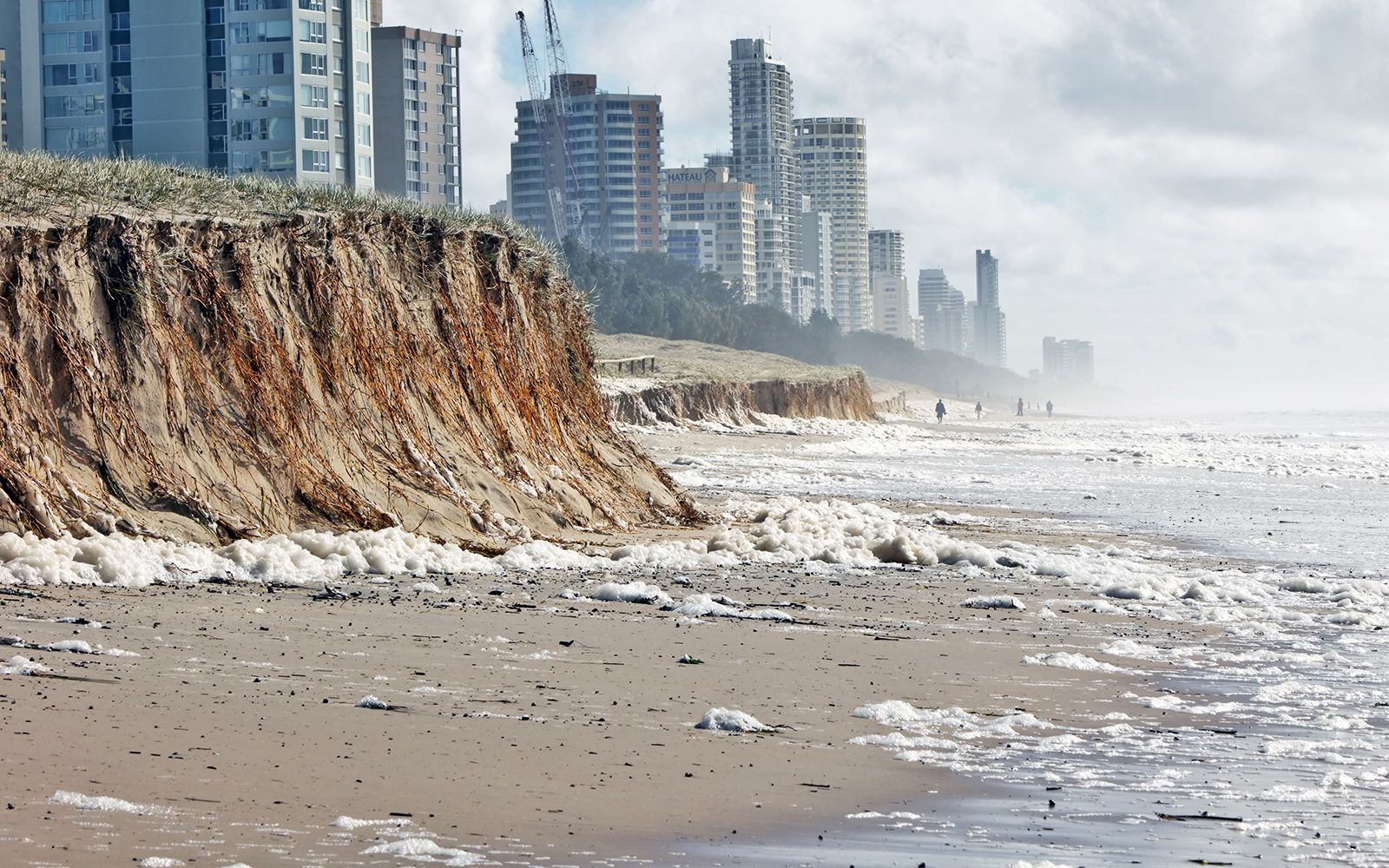 One of the underappreciated jobs of business leaders in residential real estate, investment, and construction – and probably one of the rarest talents – is the ability to make the future real, actionable, urgent.

As we look at one of the boldest, most ambitious policy initiatives in nearly 100 years – the federal funding and lawmaking to upgrade the nation’s vital systems and retool the future of work – this talent, it strikes us, is a non-negotiable.

"You need to have a longer-term vision of what you aspire to become in five or even 10 years — a north star that will focus and help shape your thinking about the short and the mid-term. It may be hard to see now, but the seeds of the next great growth industries are taking root now."

How, for instance, can today’s investment, planning, real estate development, construction, and design community frame this challenge – where will they [the millions of property owners whose land is threatened by rising water levels] go?

Or, rather, an evolving frontier of enormous opportunity to seize agency in what may be a great relocation over the next three decades.

Which brings us back to now, where hyper-focus on the present, for all its challenges, is simply asking for catastrophe ahead.

A crisis is a terrible thing to waste. So what about three crises, each upheaval by itself a shock – to public health, to economic balances, and to social norms – unlike many of us has ever known?

Where housing – and those whose livelihoods, wherewithal, and wealth spring from its development and construction – fits in as essential parts of solutions to these crises, and where housing doesn’t belong is having a moment.

We talked yesterday about the principal mechanics of the White House’s $2.3 trillion American Jobs Plan policy framework: rewarding “good behavior” of localities that alter current longstanding exclusionary and tilted land-use practices with access to money and other resources.

The linkages, then, between job and income creation, the massive upgrading of the nation’s road, water, power, broadband, schools, and healthcare networks – including all tiers of shelter – would give new meaning to the term “infrastructure.”

With a trillion or two dollars, you can make it mean just about whatever you want, and President Joe Biden plans to do just that.

We wrote yesterday that the White House’s shoot-the-moon $2.3 trillion American Jobs Plan sprawls up, over, down, and out in so inclusive a way that almost anybody could love a good $800-or-$900 billion of it.

There are two ways to narrow the difference from $2.3 trillion to $800 billion.

The precepts, the focus points, the geographies, and ultimately, the money that any infrastructure legislation may eventually unleash have begun a treacherous journey over the next few months, losing or gaining support, votes, or exclusion based on how anything and everything gets done or not done on Capitol Hill: Electability.

In either alternative, unknown unknowns will be a factor on what manner of big jobs training and infrastructure bill makes it intact through the next umpteen weeks of Congressional and White House blood sport.

One of the unknown unknowns – particularly in a time big companies have raise the volume of their self-validation in sweeping claims to stakeholder equity value creation, underpinned by big dollar investment in environment, social, and governance measures of commitment – is how, ultimately, corporate enterprises will come down on a program whose heart is about making more customers for every manner of goods or service.

The other is the weather. Mother Nature, by the way, follows Mother Nature’s rules, not those Capitol Hill votes or doesn’t vote into law.

Part of the framework under consideration – and one of its more politically-freighted suppositions – bases itself on a stark, simple equivalency: Climate and Money.

Places – 24 million of them according to Redfin’s Flood Factor Index based on First Street Foundation’s National Flood Risk Assessment – that are heading for comeuppance may head for the chopping block when it comes to the flow of funds for infrastructure support.

Deciding not just where to spend more money on roads, bridges or sea walls, but where to stop spending — and instead, help people get out of the way.

The need to make difficult decisions like these reflects the growing consensus among experts that not every community in the United States can be protected in the long run. Some areas — particularly in some coastal zones, but also inland along rivers and other areas where flooding is worsening with climate change — can’t successfully be defended no matter how much money the government might be willing to throw into fortifications, drainage upgrades or other improvements.

Deciding which areas should be abandoned, and when, is one of the most urgent and difficult challenges facing the United States. The decision is deeply emotional, because it involves uprooting lives and destroying communities. The financial consequences are also sweeping, since property values are likely to plummet, along with the life savings of people who live there.

The crisis is hovering at the horizon, but needs to be brought home, simply, clearly, to empower, motivate, and activate. Einstein's definition of insanity tells us this. Terms like "climate change," "global warming," "carbon positive," "greenhouse effect," etc. may be accurate technically, but they fail to do the job of motivating people to prepare, to alter their behavior and beliefs.

That's the job for leadership. Housing's leaders should jump in up to their necks in driving this conversation.

Scenario thinking, games theory, computer modeling, planning – bring it on! And let’s have housing’s leaders take, just that, a leadership role in shaping housing, land-ownership, and community development for the balance of the century.

Whether we solve for affordability, sustainability, a new generation of talents, and resiliency may come down to a tough decision: Speaking the same language and meaning the same thing.


2022: The Year Homebuilders Must Re-secure Their Build Cycle

In spite of ongoing supply chain disruptions, builders need to regain predictability over their start-to-completion schedules to restore an operational model to build on.


Why Affordable Housing's Negative Feedback Loop Goes On And On

Whether we solve for affordability, sustainability, a new generation of talents, and resiliency may come down to a tough decision: Speaking the same language and meaning the same thing.


2022: The Year Homebuilders Must Re-secure Their Build Cycle

In spite of ongoing supply chain disruptions, builders need to regain predictability over their start-to-completion schedules to restore an operational model to build on.


Why Affordable Housing's Negative Feedback Loop Goes On And On