Here's what life in the upzone might look like if more downtown urban core areas drop restrictive land-use obstacles, and explore a more expansive and inclusive 'equity box.'

Here's what life in the upzone might look like if more downtown urban core areas drop restrictive land-use obstacles, and explore a more expansive and inclusive 'equity box.' 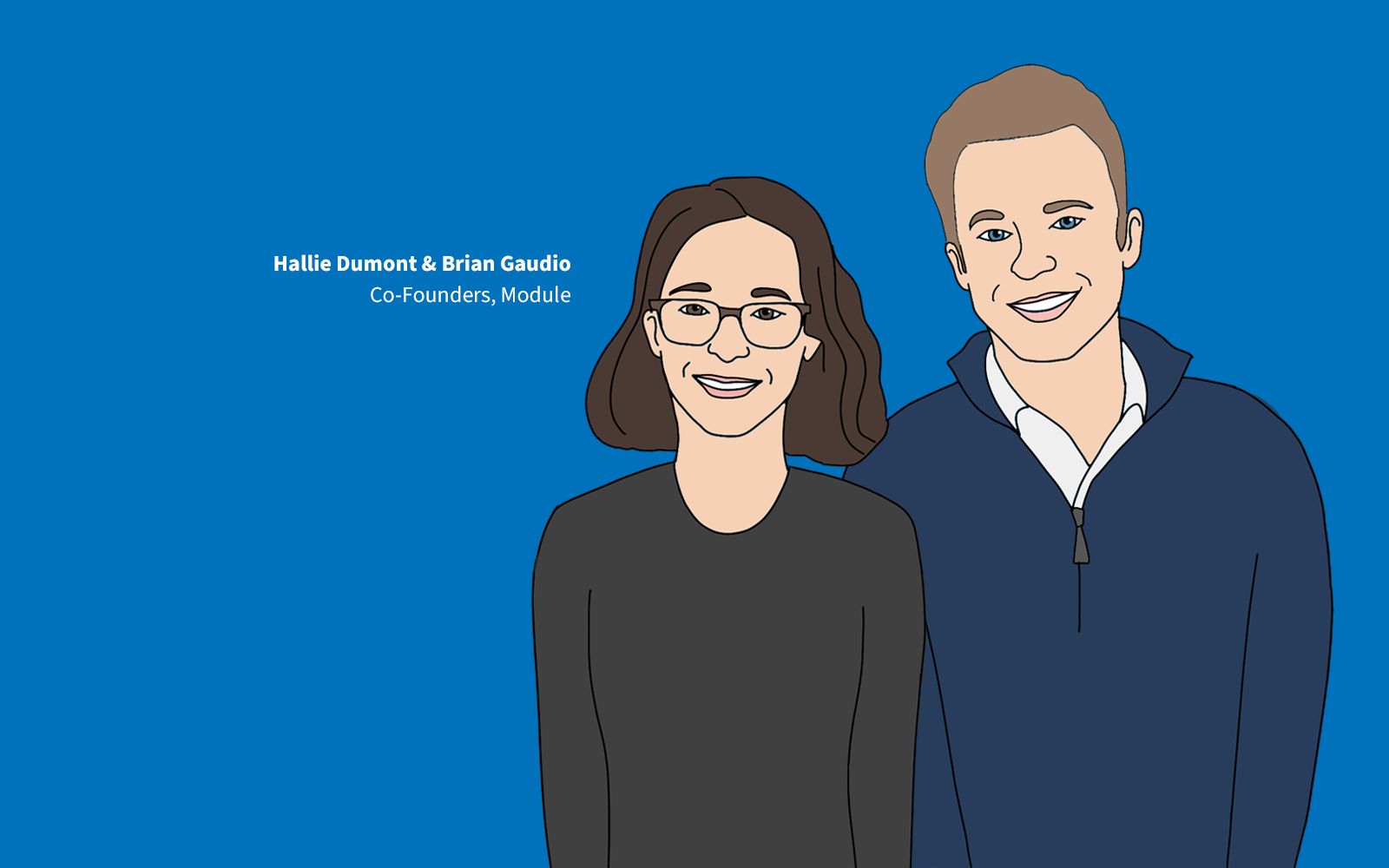 The facts are plain as day. The facts speak volumes, and the volume has reached a decibel level you'd have to plug your ears not to hear, literally being shouted from the rooftops.

The solution to high housing costs could not be simpler: Build more homes. To address housing affordability, many progressives have advocated subsidized affordable housing programs. These programs may not be adequate to generate sustained cost reductions, and they aren’t necessary. What will work with certainty are the laws of supply and demand. If we increase the supply of housing enough, prices will fall. Any solution to our infrastructure problems will likewise boil down to the need to build infrastructure.

But to build housing and infrastructure, we must sweep aside the regulatory obstacles that stand in the way.

On one hand, the leaden banality and echochamber rattle of these words is nearly numbing to the brain – the need to build 20 million homes in a decade ahead in the social and political environment we're in is just that, numbing.

Except when instead of words, you see, hear, feel people. Human beings, their lives, their opportunities – lost or realized – and their hopes and dreams, turned into reality or despair.

Eli Dourado, economist and senior research fellow at the Center for Growth and Opportunity at Utah State University, writes:

How did the most dynamic country on the planet become so sclerotic? We did it to ourselves. We enacted laws that privilege the status quo at the expense of change and progress. We liberally passed out veto rights to anyone with the money and wherewithal to hire a lawyer. If we want to reverse the damage and create a more prosperous future, we must make it easy to build.

Or easier, at least. A step in the right direction is to humanize the framing of the challenge, to personalize it, to de-objectify this statistical hole that neither economics, nor political will, nor social capital, nor private sector ingenuity can seem to fill – this hole into which people fall when it comes to access to decent, healthy homes and communities.

Easier, everybody knows, doesn't start in the halls of Capitol Hill. Easier can and will only start on the street, in the neighborhood, where people sit down at kitchen tables and deal with weekly expenses, and where they don't because they can't.

Easier's answers can't be federalized nor mandated – that's unsupportable and unsustainable. They can and will only spring as grassroots, door to door, neighbor to neighbor, and will only emerge with a mindset that allows for an expanded, more inclusive "equity box." A paradigm pivot for ownership would make a pathway for "easier" changes to land-use's blackbox.

Today, "haves" have equity, property ownership, rule-making control, and algorithmic value-generation at their behest. "Have nots" rent, don't amass wealth or value-generation from property, get less of a shot at influencing rules, and, more often than not, languish in social, financial, and educational rigidity rather than mobility. An expanded, more inclusive, more diverse "equity box" spreads value opportunity to more, and without diminishing dynamism, spreads the accountability in equity as well as its benefits.

Easier's answers – or at least a beginning to realize, unpack, and activate them – come in the form of a "solidarity economy" model that would expand the equity box and included more stakeholders in community ownership.

What are the goals of community ownership? In the broadest terms, community ownership leverages property ownership for the “common good” of a defined community. What is meant by the “common good” varies based on the community, giving rise to many distinct community ownership models (Table 1) designed to achieve different goals, including preserving affordability, building wealth, and harnessing control of assets and neighborhood change (Figure 1). Some of these models are focused on owner-occupied residential property (housing), whereas others focus on those holding income-generating assets (commercial real estate, including multifamily rental housing).

Who is the ‘community’ in community ownership? The definition of ‘community’ varies based on the model (Figure 1), but most models stipulate geographic boundaries which could be as large as a city, county, or state or as small as zip codes. Some models prioritize shares for residents with earnings below a certain percentage of the area median income.[8]

Who ‘owns’ the property in community ownership? The legal owner also depends on the model (See “Possession” in Table 2). In some models, like Community Land Trusts (CLTs), ownership is divided between a nonprofit entity (who owns the land) and individuals within a community (who own the buildings on the land). In others, like REITs, the owner is a corporation and residents can become shareholders in the corporation to profit from development. In all cases, the key distinction is that individuals can earn, buy, or build their own equity while sharing control.

How do individual wealth and community ownership intersect? Individuals do not give up all property rights when they enter a community of ownership. The mechanisms vary based on model (see Table 2), butin general, individuals and the community negotiate a set mechanism to share the benefits and obligations of ownership between individuals and the community. This mechanism then enables the community to pool resources—often using a system of shares. Shares belonging to individuals can then represent equity that can be grown, traded, or borrowed against, a right to collect shorter-term dividends (for properties generating income), and/or a proxy for share of control. Table 1 expands upon wealth-building components of each model.

Private-sector, too, plays a part in the human-to-human, neighbor-to-neighbor, community-level pivot to easier. A fresh, bold new model for a the juncture of private sector real estate development, building, and zoning comes through in the unveiling this week of Pittsburgh-based housing-as-a-service start-up platform Module and Nashville-based urban-core-focused developer Miken Development's Trimble Street project. A press statement about the project, in the Chestnut Hill neighborhood of Nashville, reads:

A portion of the homes will be built using offsite construction and will be designed to the Department of Energy Zero Energy Ready specifications, putting them in the top 1% of energy performance in the country.

The project will provide much needed “missing middle” housing in a market that has seen considerable growth. By creating a higher density cottage development (20 units/acre) and implementing innovative construction and sustainable design techniques, the project can bring the new housing units online at an attainable price. MiKen will oversee the land development, entitlements, and sitework while Module will manage the design, construction and delivery of the modular homes.

​This will be MiKen’s first project using offsite construction, which is built in a climate-controlled factory with about 80% of the finishes complete including cabinets, flooring, fixtures, and plumbing.

We caught up with Module ceo and co-founder briefly this morning for insight into how the project aims at an elusive, literally "missing" group of people, of households, of building types, of urban land use and ground.

Here's how the path shifts from typical single-family restrictive zoning to making it "easier" to build. In Gaudio's own words:

The project will add additional density to former single-family infill lots in Nashville. The local developer, Miken is acquiring a handful of single family lots and creating a "cottage development" by clustering a series of right-sized homes around a shared green space. This way, we can build a larger number of units and keep prices of those units more attainable than they would otherwise be. We can achieve a density of up to 20 units/acre using this strategy, as opposed to the density of traditional single family homes.

These homes will also have a shared parking area in the rear of the property, as opposed to garages connected to each house.

This project's work-in-progress title, Trimble Street, may or may not be ironic, especially in context of America's opportunity to expand its "equity box" and explore community ownership. Trimble Street harkens to nearby ground that takes its name from the owner of the plantation once situated here and on which the Colored Troops of the Army of the Cumberland began their December 1864 attack on General Hood’s Confederate Army troops in the Civil War Battle of Nashville.

This models both an opportunity for community ownership, and an expanded equity box. It also does one more thing many consider essential to another set of facts that are plain as day, but difficult to address: they unlock carbon neutral sheltered spaces.

Building mixed-income housing in higher-income, urban, or walkable neighborhoods is a solution for both climate and equity. Targeting “upzoning” policies (policies that increase density) toward higher-income neighborhoods expands access to opportunity and counters rather than risks contributing to further gentrification and displacement in low income urban neighborhoods.

Before anybody can make it "easy to build" as Dourado notes, it must first become "easier" than it is. That will come of epic work on the part of policymakers – local, regional, and national – capital sources, and private sector players to break a chokehold that currently obviates supply ever meeting demand.

A step in the right direction, from a private-sector vantage point, is the work of Module, which has engineered value-chain modularity into its physical product offerings in a way that makes inputs more manageable.

"What we've been eyeing is a way to put our homes in the hands of thousands of people, and to do that we're partnering with builders and developers to provide our vertical offsite design, engineering, and assembly capability with their horizontal development investments," says Gaudio.

That's at least on the pathway to "easier."


For A Tougher Time Ahead, Spottier Opportunities Will Rule

Precision segmentation, sub-market nuance, and specific tactics to meet the needs of moving target buyers will soon take the place of an everything-works-everywhere homebuilding and development business environment.


For A Tougher Time Ahead, Spottier Opportunities Will Rule

Precision segmentation, sub-market nuance, and specific tactics to meet the needs of moving target buyers will soon take the place of an everything-works-everywhere homebuilding and development business environment.