Diamond Age, a 3D robotics evenflow-on-steroids platform, gets a $50 million capital infusion as it readies its first homebuilding enterprise contract in the BTR hotbed Phoenix area.

Diamond Age, a 3D robotics evenflow-on-steroids platform, gets a $50 million capital infusion as it readies its first homebuilding enterprise contract in the BTR hotbed Phoenix area. 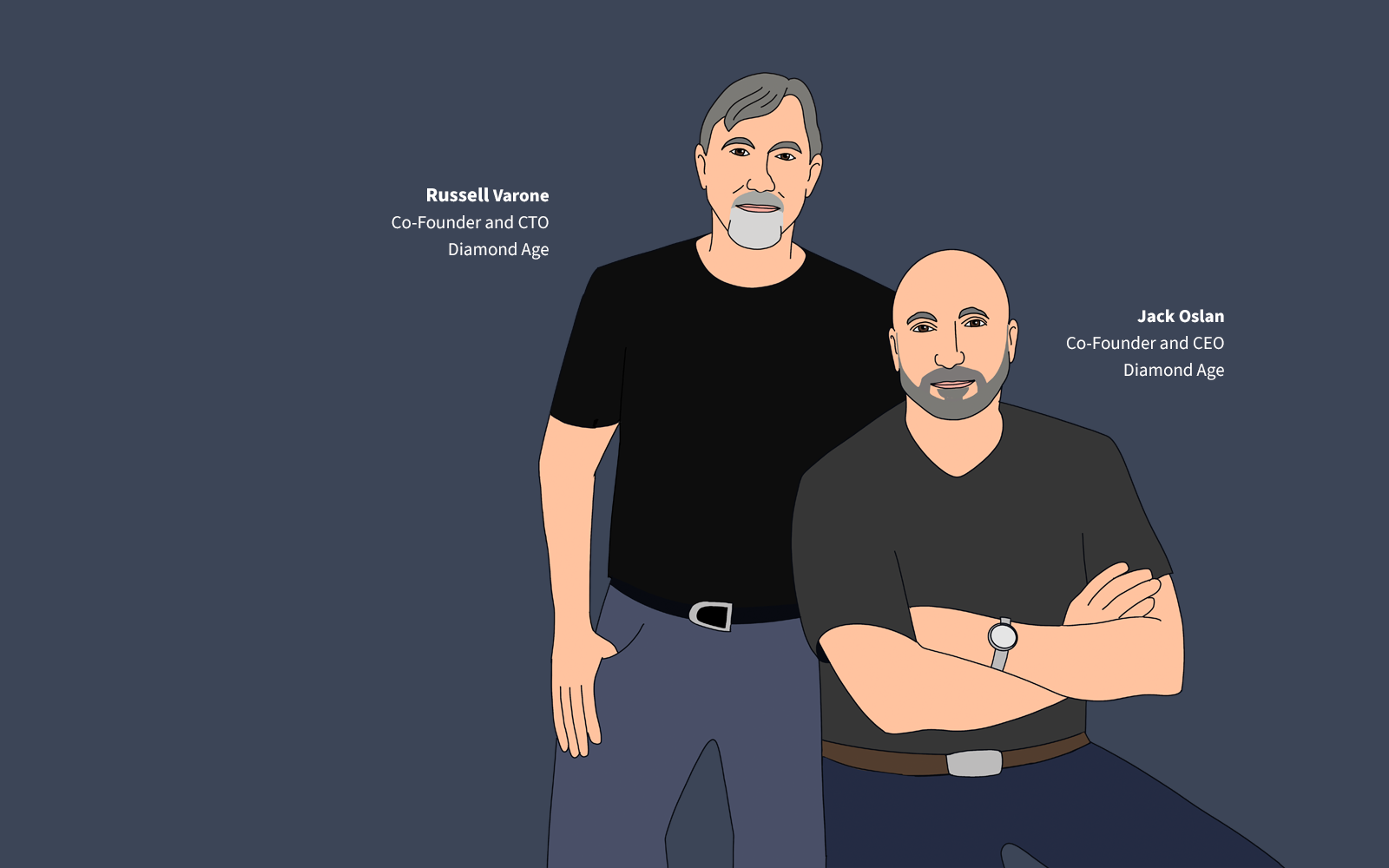 Housing's slow pathway to industrialization sees flashes of progress as it grinds, perhaps the better part of the 2020s, toward business and operational model viability.

At the same time, a context of disrupted, roiled, upended, and chaos-prone financial, physical, and economic value streams may either stall or accelerate that pathway to building's goal line of advanced manufacturing capability.

Welcome to Spring 2022, where the past, present, and future of American housing are engaged in a rough-and-tumble power struggle, intensified all the more by global hostilities whose outcomes, reach, and ultimate impacts are anybody's guess.

On a good day, market rate housing in the U.S. can fool people as an insulated economy, masquerading like it lives and operates in a parallel-universe of its own causes and effects, its own reason for being.

That's because of times like now. People and markets in housing whistle past the graveyard. They're either resolved to defy hazards that have become increasingly obvious, or somehow they remain oblivious to them.

In the wake of Russia's almost 3-week invasion of Ukraine and the dizzying sweep of economic sanctions, reactions, reactions to reactions, aftershocks, and reverberations, a vague sense that the U.S. housing economic cycle can function independently, and on its own fuel is playing out. In constructs of all kinds among economics, housing figures into diagrams as an engine, fueled by consumer household behavior, pulling the economy along its arc of growth. Not as a rail car tugged by the broader economy.

Here's one take from Financial Times author Patrick Jenkins – not inevitable, but entirely plausible, and therefore an imperative for any genuine rigor at risk assessment – on how the direct impact of events around the world could spread, as a domino-effect contagion that American households may not yet fully appreciate.

There is some recognition that there will be blowback for the rest of the world — higher petrol prices, for example, and further inflation in domestic energy costs.

But I am not sure the potential impact for the world outside Russia has been fully acknowledged. Most obviously, of course, it could provoke further military aggression from Putin. But other financial and economic consequences certainly stretch far beyond the petrol pump. The spiralling cost of wheat, grain, nickel and a host of other commodities is threatening the affordability of everything from daily bread to climate disaster mitigation.

En route, they could take out financial market operators, large and small, mainstream and marginal — witness the suspension of nickel trading at the Hong Kong-owned London Metal Exchange, amid huge losses suffered by China’s Tsingshan Holding. Russian bonds may default in the coming days and weeks. Supply chains that involve Russian goods will be disrupted.

Quite how this crisis plays out could prove harder to chart than even the 2008 collapse.

We may have to settle differences of opinion this way: By allowing that housing may act at times like a freight train engine, and at times like a box car full of goods and services.

These days, the chart of the complex daisy-chain systems of resources, events, enablers, impediments, and disruptions to both housing supply and demand reflects mostly on the fragility of an already-constrained supply side. Whether it's frozen lines preventing petrochemical plants to produce resins, a logjam of container ships lined-up outside U.S. ports, a shortage of truckers to move the freight, a massive container vessel aground in the Suez Canal, or the latest pandemic-related lock-down of a major manufacturing center in China – the vulnerability of supply chains to shocks and stresses has risen to top of mind.

Less so, however, has the susceptibility of demand to forces that could mute it, or send it into hibernation, or crater it by pulling the rug out from under it – the "rug" of wealth creation, pent-up savings, dependably well-performing retirement investments, etc. – in a time of crazy inflation and sudden financial and economic jolts such as could occur in the days, weeks, months ahead.

Whether those jolts cause structural damage – a Recession, layoffs, distressed real estate, etc. – is unknown.

By the simplest arithmetic addition and subtraction – people forming households  and homes and their ages – show what American housing producers need to accomplish between now and 2030.

Unmet need and demand may be different, but they can't be separated entirely. Fact is, many would say they inter-depend. That's because housing and its property valuation ranges occur in a continuum, with need and demand pairings at the lowest tiers creating a floor for every pairing of need and demand at each sequential pricing tier on top of that. You could say that all of demand has some need, but not all need factors into demand.

During times of severe stress to households market rate housing demand decouples those who can continue to participate in purchases and sales by choice and without contingencies from those driven by need, but whose payment-power ability or wherewithal evaporate – inflation, interest rates, credit criteria lock-outs, etc.

By hook or by crook, whether events and ripple effects disrupt or disable the U.S. economy and its consumer households or not, the unmet need for 1.55 million new homes per year faces practically insurmountable challenges in the context of current production and its costs and human resources availability.

Without step-change capability expansion that would come with technology-enabled industrialization and, ultimately, advanced manufacturing platforms.

This is why the work – and the growing opportunistic and strategic financial investment in it – of firms like Diamond Age, which has developed a 3D and robotics, factory-in-a-field building technology platform that would give new meaning to evenflow home construction operations carries importance now, even as it remains a fringe alternative to conventional stick-built construction.

The News [per a press statement]

Diamond Age, a full-stack robotics startup that is automating new home construction to make home ownership more affordable, raised a $50 million Series A round led by Prime Movers Lab. Seed investors Alpaca VC, Dolby Family Ventures, Timber Grove Ventures, and Gaingels all invested above their pro-rata and are joined by Signia Venture Partners. Additionally, 20% of the round was made up of production home builders and land developers.

Diamond Age is building a suite of 26 end-of-arm robotic tools to offset 55% of the manual labor required to build a new home, reducing the construction cycle time from about 9 months to 30 days. The company is also developing additive manufacturing tools that move along a gantry system to add layers of concrete to "print" the interior and exterior walls of the house. These efficiencies could dramatically reduce the almost 7 million single-family home shortage that currently exists in the U.S. housing market.

Word is, having relocated headquarters and operations center from Northern California to the Phoenix, AZ-area – a hotbed of both single-family detached and attached for-sale and built to rent housing activity – Diamond Age will unveil its first contract with a production homebuilding enterprise within days.

Diamond Age, like the vaunted ICON – which has D.R. Horton as an initial investor, and has teamed with Lennar on new home communities, Apis Cor, and others entering a growing additive manufacturing fray at homebuilding's ever-more-active factory-based modular, panelization, and componentization fringes, offer builders the benefits of precision-manufactured structural capability at high-speed and low-need for skilled workers on the job site.

On the time-value-as-money axis and the quickly-rising skilled labor cost front, the site-based automation system brings predictability, repeatability, and construction cycle scheduling into end-to-end build cycle visibility. The full-stack – i.e. the integration of multiple skilled-trades into a single production process that can be automated – gantry-based manufacturing system, drawing as it does on cementitious material for its building envelop, gives builders a leverage point of optionality as lumber and wood products pricing have gyrated wildly on an inflationary trajectory.

Too, the "factory-in-the-field" multi-unit construction system spares builders the transportation logistics and expense of shipping panels to a site, that then require cranes and crew members to assemble.

Further, the building materials in 3D printed homes mean structural durability, resilience to natural hazards, and wildfire, etc., that could stand, increasingly, as a value proposition among consumers seeking refuge from such disasters.

The "con" side of current 3D printing capability includes the levels of embodied carbon in most cement-based materials – as compared with mass timber and other renewable materials – and the number of areas engineering details like fasteners, MEP construction documents and finish-level challenges that may take more time and expense due to the "solutions" the 3D-printed building envelope sets in place.

Perhaps the biggest factor in the sooner-than-later adoption and embrace of capabilities like Diamond Age among high-volume builders is what they can ultimately do to capture the savings from higher velocity on the framing across their entire per unit, and scaled unit margins.

If they wind up with higher fixed costs related to investment and commitment to factories – whether or not those precision-manufacturing facilities are on the site or offsite – then adoption curves will keep grinding slowly forward. They'll prefer to continue to lean heavily on using variable costs – i.e. skilled and semi-skilled labor – for the lion's share of production as a way to size their own exposure to up and down cycles.

Which brings us full-circle to the unknowns of the moment and the heightened uncertainty touching not just supply streams right now, but potentially a demand stream that has been rock solid and growing.